Gamescape is a direct descendant of the first game store established in San Francisco and was a vision fulfilled by gaming enthusiast Robert Hamilton who is better known by Bob. Being introduced to chess in the early 1970s via the Bobby Fischer phenomenon, Bob quickly grew an affinity to the game and to the gaming world in general. Wanting to learn more about the intricacies of chess, Bob went on a search in downtown San Francisco for books on chess tactics only to find out that there wasn't a proper store offering such items. Acting on his intuition and passion for games, Bob with a few partners, decided to start a business that revolved around offering chess and backgammon supplies, while also supplementing the store with tournaments for players to join, creating the store called “Gambit” in 1973, the first store of its kind in San Francisco.

Ten years had passed and Gambit, unfortunately, closed due to partnership disagreements. Though, Bob continued his pursuit of operating a game store that could serve the San Francisco gaming community for years to come. In 1985, using the money he saved from driving a cab while also taking a loan from his mother, he realized his vision again with the creation of the store called “Gamescape” in San Francisco's Western Addition neighborhood. Through the years, Gamescape would incorporate the most endearing aspects the world of tabletop gaming has to offer while also including a wide selection of games to purchase, a space to play those games, and having events for community members to participate in.

Thirty-four years later, Gamescape continues to resonate with the gaming and neighborhood communities by practicing those same traditions that were established during its formative years. Robert Hamilton remains a resident of San Francisco and operator of Gamescape and is involved in the local gaming communities to this day. 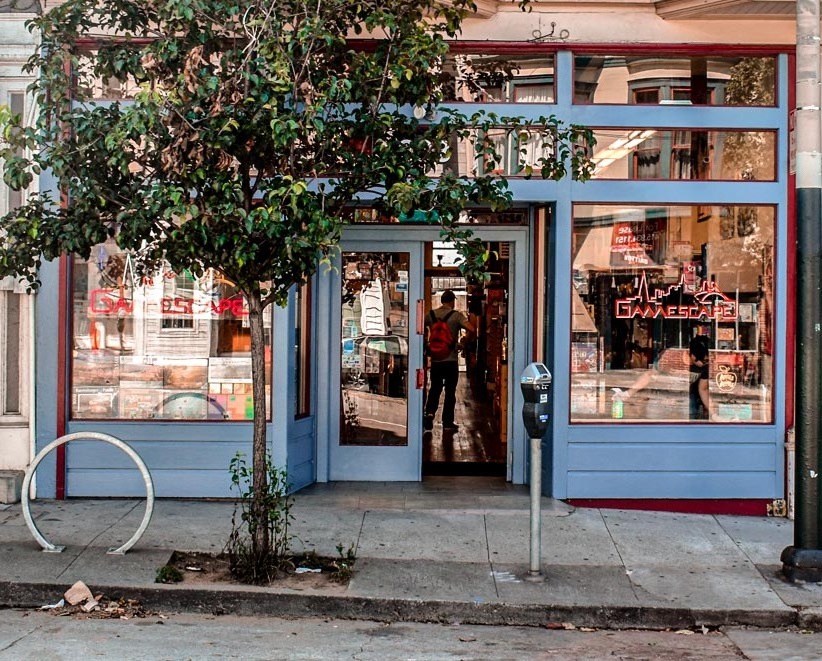