Bios: Megafauna is the second game in a trilogy, including Bios: Genesis and Bios: Origins, by the mind of Phil Eklund, a game designer, aerospace engineer, and literal rocket scientist! Game designers come from many different backgrounds, and sometimes those prior experiences play a role in how they approach the creation of a game. For Eklund, this results in an incredibly deep-dive experience into the subject matter.

Bios: Megafauna puts players in control of one of four different species featuring a unique skeletal archetype (exoskeleton, endoskeleton, hydroskeleton, or plant). From these, you can mutate to gain a number of advantages, or evolve your creatures into entirely different species. This theme is incredibly attractive to me, and there are SO many different cards in the game that let you invent fresh creations each game!

In terms of actual gameplay, players score points from a combination of the fossil record (evolving species into variants and potentially cycling through extinction and rebirth), and raw numbers spreading out across the continents, which takes on an area-control element. The actions in the game include:

Beyond this basic understanding of the actions available, the game progresses into a game of complex iconography and referencing a number of charts for both moving and “contests,” which determine the outcome of two species competing for the same space on the board. Where other games might have dice or cards to play to simulate combat, this game compares features of each species and decides which would actually prevail in the current conditions of the game. This means you can read the state of the game at all times with no risk of randomized outcomes upsetting the balance of nature!

The world in which your creatures exist is also constantly in flux. Continents can collide, separate, drift, all manner of strange (but also real) events. Temperature and oxygen fluctuate as well, and meteors can fall from the sky. There is a TON of variety in this game, and navigating these world events make this game a challenge and treat to survive.

There are two version of this game, including one called “Tooth and Claw” which pits players against each other in a much more direct confrontation area-control slugfest, and the “Achterbahn” game which includes the full rules including the temperature, oxygen, and many other fluctuations. This review focuses exclusively on Acterbahn version, as I have not yet played Tooth and Claw.

This game gets a lot of feedback for more closely resembling a “simulation” of species and evolution, and I think that is a strength of the game. The sheer amount of factual and theoretical information included in the rulebook and flavor text of the game is incredible, and far and above what I would have ever expected to find in a game box.

And, while we are on the subject of the rulebook, I have to say learning the game is a real challenge. I watched a 45-minute video, twice, and read the rulebook front to back several times and still struggled through the initial play through. That is not to say this is a bad game, but it is worth consideration when approaching your first game, or teaching it at the table.

All in all, I would say this is a really cool game if you are willing to take the plunge! Definitely a heavy game to learn, but the actual turns can be surprisingly quick, depending on the circumstance of the planet! Variety is really the heartbeat of the game, so once you learn, you won’t tire of it after a great many plays! Add to that you can continue to story across all three games with the same species enduring across gaming experiences.

Bios: Megafauna Second Edition is available now from our webstore. 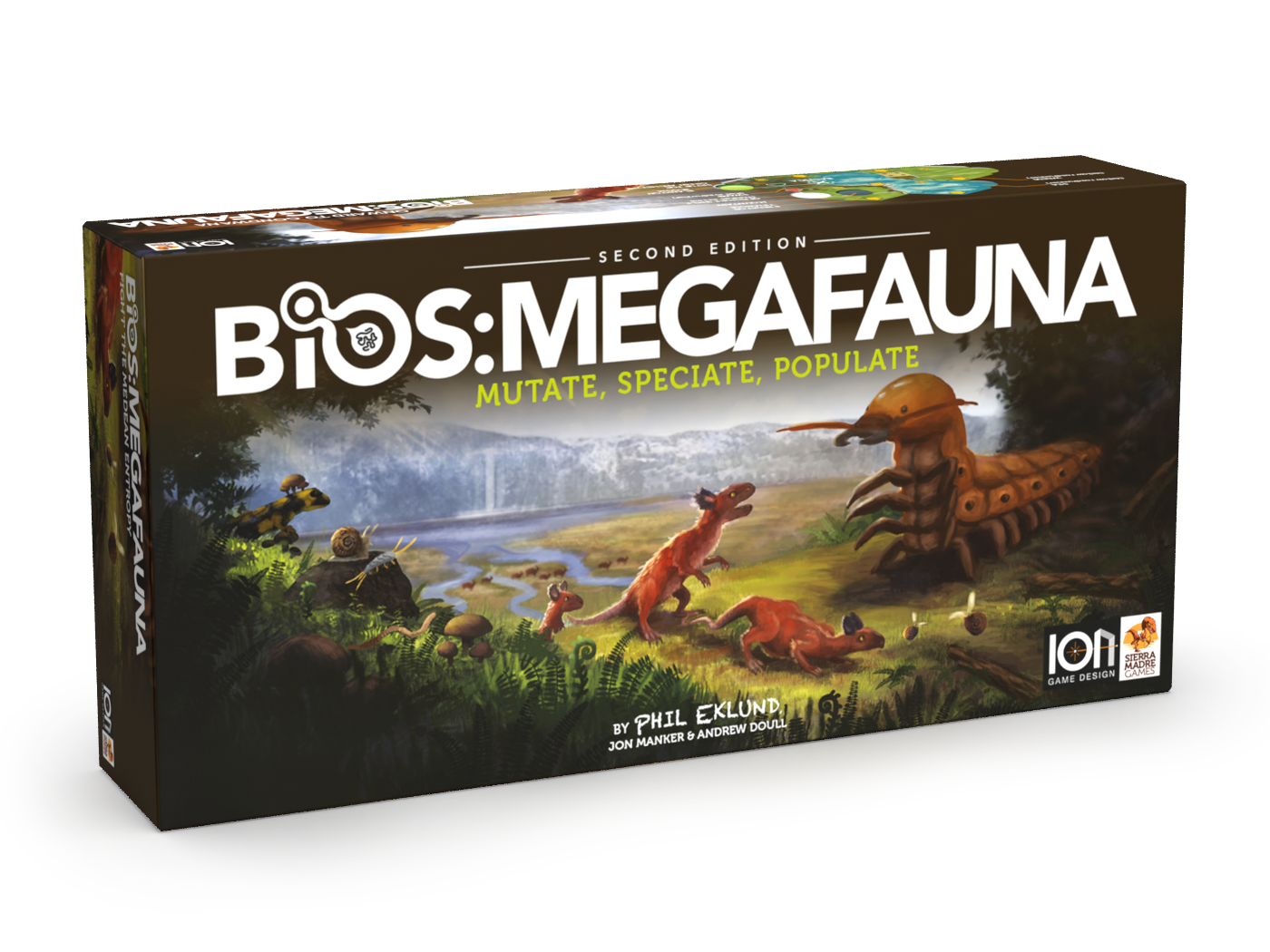