With the flow of time all jumbled up (thanks, Loki!) and seasons occurring simultaneously, it’s up to you novice wizards to manipulate the elements, release creatures to their natural habitats, and (most importantly?) brew potions.

Each turn, you’ll start by rolling your six dice - four Nature Dice in your color, and two Element Dice which have a number of powerful uses. Throughout each of the four rounds, you’ll then be placing each of your dice in player order to activate spaces on Forest cards, on the central board, or potentially on creatures you’ve Trained to generate resources or other useful abilities.

Forest cards belong to one or two seasons, and feature somewhere between three and five Forst spaces. When you place a die in a space, you’ll either collect a basic resource, or you’ll train a creature. At the end of each round, whichever player has more Nature Dice in their color* will earn the Forest card and score the printed points at the end of the game. Furthermore, just like the Forest cards, each of the creatures you are training throughout the game belong to one of the four seasons as well. If you recruit more creatures than you can train, you’ll release one to make room, and if you release a creature that matches one of your forests, you’ll earn bonus points!

Brew’s super cute, charming art style brings you into the game, and the simple mechanics keep the turns quick and light. The actual strategy of the game can be as cut-throat as any other area control game, though, so watch out! The central board has a couple spots that can be used an unlimited number of times, and also feature three spots which can only be activated by the corresponding element symbol. This, coupled with the advanced rules which give each of the elements unique abilities when placed on Forest spaces, make the Element dice particularly potent, and can foil even the best laid plans.

Limiting the number of Potions you can brew and consume each turn also leaves you with some pretty strategic maneuvering. Do you buy what you can afford so that you can use the dice manipulation abilities right away? Or do you save up and hope for some high-scoring potions to pop up in between turns? Towards the end of the game, if you’ve been stocking up on ingredients, you’ll want to brew a potion each turn, and those pushed decisions can also have pretty big ramifications for the endgame.

Overall, I really like the quick paced decisions in Brew, and the game plays out pretty quick for a dice placement game. The creatures offer some decent variety without being overly complex, and the same is true for the potions. It is an elegant design, and certainly worth a couple playthroughs!

Brew is available now from our webstore. 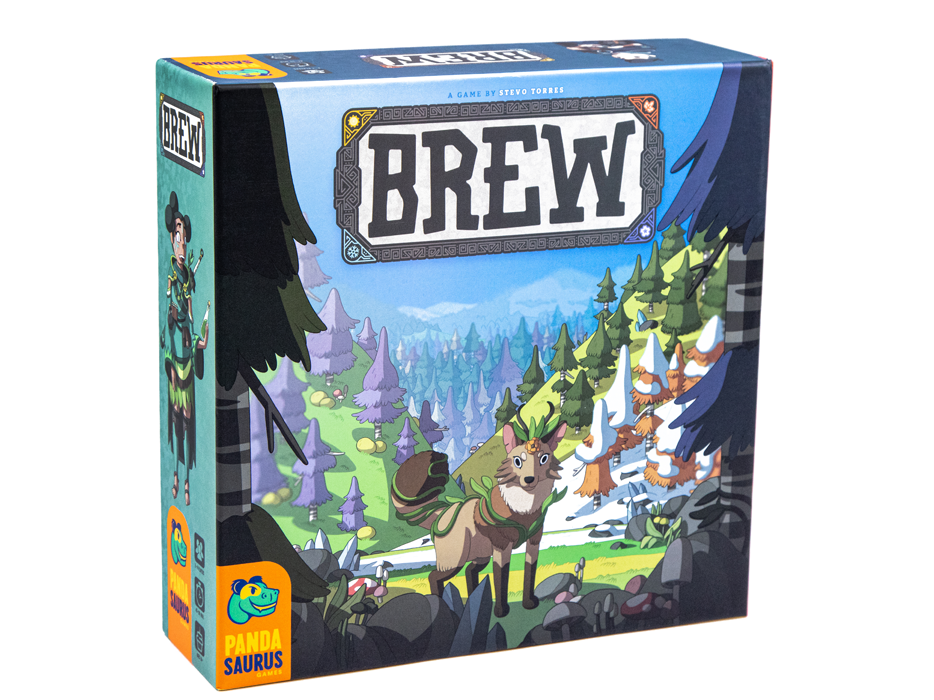