"Deadly Doodles is a Roll & Write game from Steve Jackson Games that stylizes itself as a "Draw 'N' Draw" game. Like others in the genre, you will be filling out a sheet based on the randomized things that come up, but instead of rolling dice and filling out numbers like Yahtzee, you are drawing cards with paths and filling out a dungeon, trying to earn more points than everybody else using the same cards drawn.
Each person gets a dry-erase board of a dungeon with various monsters, weapons, treasures and entrances, as well as a dry-erase pen. Four cards will be drawn each with either paths through a room or traps on them. Once everybody has drawn paths using all the cards, the next round begins with four more cards being drawn. Once seven rounds have passed, everybody compares their dungeon with traps for other players being revealed at this time. Points are earned for each treasure and weapon passed through, as well as each monster you pass through that you also have the weapon for. Points are lost for monsters you don't have the weapon for, unused path cards or for traps set up by other people that you go through. Whoever has the most points is the winner!
While you generally want to play most Roll & Write games with your info hidden from others so that they can't copy you and you can't copy them, in Deadly Doodles you have to keep your board hidden because of the traps that come up. An additional difference is that because you are drawing cards instead of rolling dice, you will encounter a specific series of cards with a limit on how many traps and dead ends possible instead of RNG allowing for a very awkward experience of lots of traps and dead ends. I like it as a Roll & Write with just a little more emphasis on trying to defeat other players, where the traps allow for a small amount of player interaction in a generally interaction-less genre. My only main concern is that there is only one dungeon that you can draw on, which means that after a few runs of the game, you will generally come up with your strategy for getting through the dungeon, albeit executing your strategy slightly different each time based on the cards drawn. There is an additional map available on the Deadly Doodles website which allows for a little more replayability and they will hopefully add more in the future to refresh the game with a new experience."
-Alapai 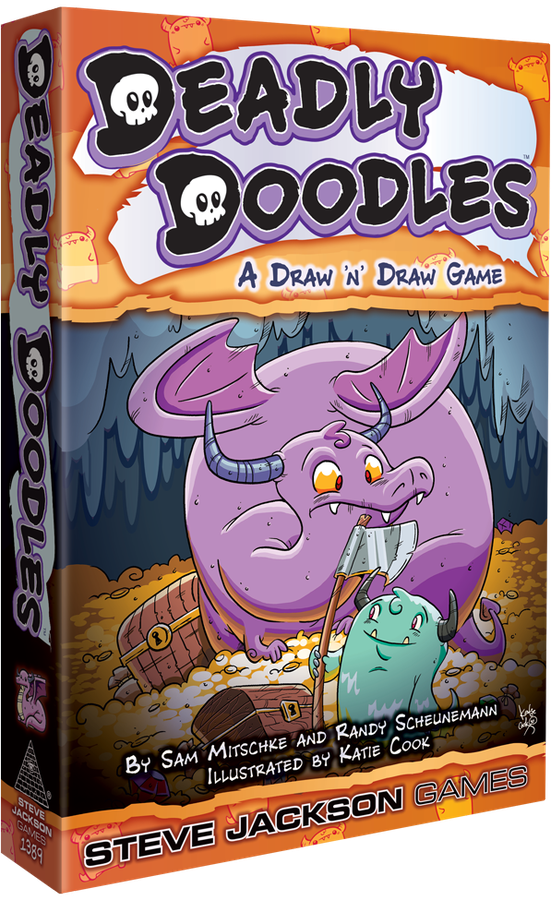