Escape from the Dark Sector

Can you and your crew make a daring escape from an enemy space station?
Escape the Dark Sector is an cooperative game of survival, where you and up to three other crew members will try to survive a series of thirteen challenges to escape from an enemy space station. With a great variety of both combat and non-combat encounters you'll encounter a different set of challenges for each escape attempt.
At setup you'll randomly choose one of three starts, four out of sixteen encounters for each of the three acts, and one of five possible final encounters, this provides a fog of war and gives the game interesting replayability. You'll choose one of six different characters to play, who have a strong, a medium, and a weak score in three different traits: Might, Cunning, and Wisdom. These traits are important for tests that call for rolling these results, and for close combat, whereas different dice are used for ranged combat, black dice for the attacks of foes, and three different types of white dice for kinetic, energy, and explosive ranged weapons you may find yourself in possession of.
If narrative drama, tension, and a real possibility of defeat are things you enjoy in a cooperative adventure game, Escape the Dark Sector is likely to hit your table again and again. Dare you try to escape the dark?
Escape the Dark Sector is available now from our webstore 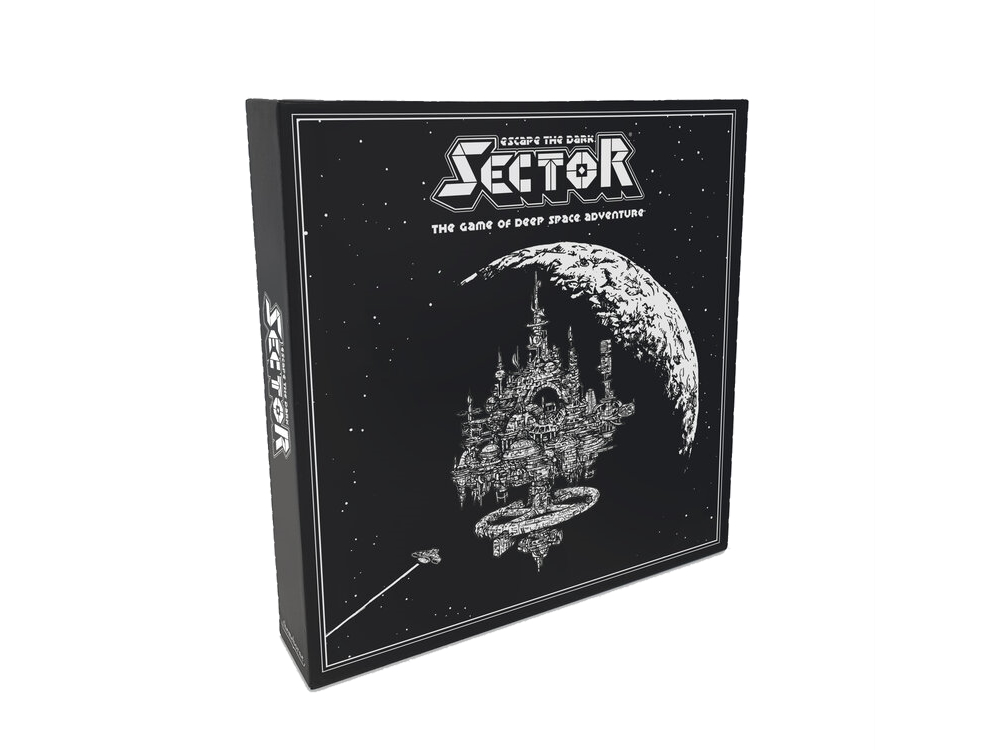