Hounded is a exciting asymmetrical tactical game for two players. On a seven by seven grid of tiles a cunning fox will try to outlast a hunter and his hounds all day long. On their turn the Fox player will move their piece up to three spaces and reveal the title they land on, should three specific tiles (morning, noon, and night) be revealed then the fox shall have escaped seeing as it time for the hunter to return home. The Hunter and his five dogs will try to corner the fox such that they cannot avoid ending their turn next to the hunter. Of the hunter's faithful companions there are three swift foxhounds, a smart terrier that will also reveal tiles and try to deny any powerups for the fox, and a bulldog that demands that the fox slow down to exercise caution. A splendid puzzle for both players that rewards anticipation and creativity. And when it comes time to try the other side you may find it more difficult than originally anticipated. 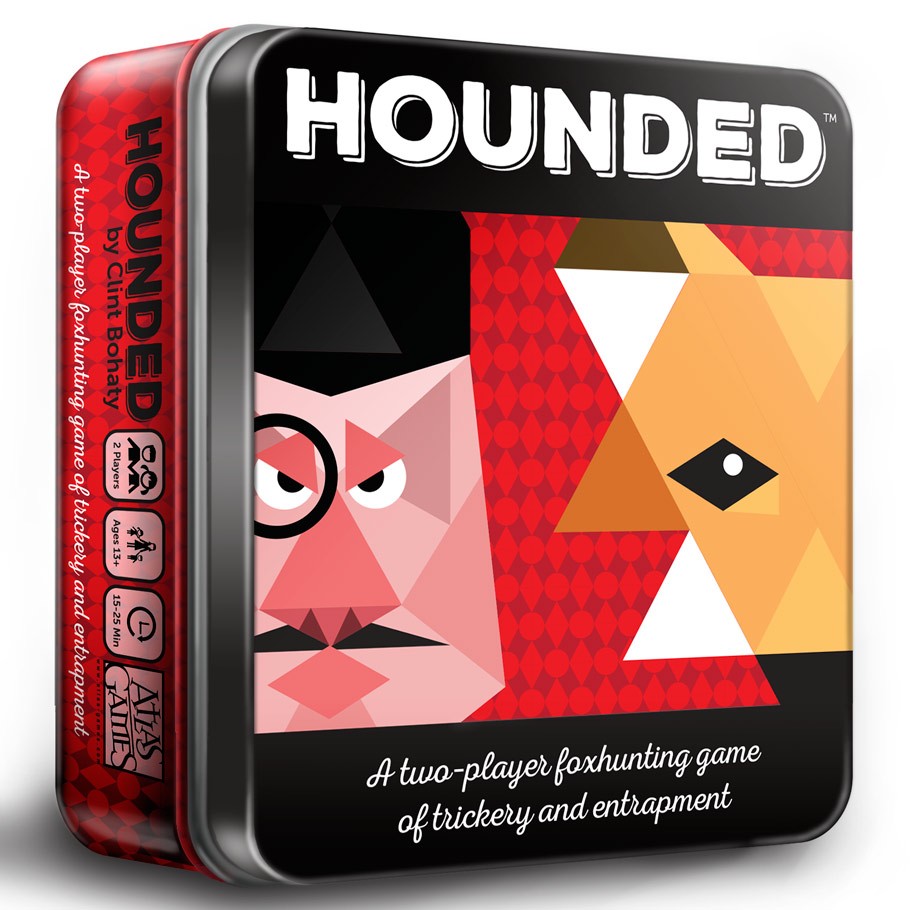