Roughly a decade ago Masao Suganuma's Machi Koro starting making waves as a smooth city builder where dice rolls activate buildings controlled by both you and your opponents, it received a pair of expansions, a handful of spinoffs (including a legacy game), and now it has something rare in board games, a cardinal numbed sequel (as opposed to an ordinal numbered edition).
The game flow is still largely the same as the original, players take turns rolling one or two dice, activating their own purple and green buildings, everyone's blue buildings, and their opponent's red buildings. The real difference is in how the game now offers much more variety, instead of the same sequence of landmarks and a race to complete them first, there are 20 unique landmarks and you must build three of them to win the game. The other measure for variety the game has is that there will always be five buildings that activate on a 1-6, five that activate on a 7-12, and five landmarks available to select from when it's your chance to build.
Machi Koro 2 is an unambiguous improvement from the original, a light and accessible engine builder that will delight long-time and new players alike. Prove you're the mayor with the best vision.
Machi Koro 2 is available now from our webstore. 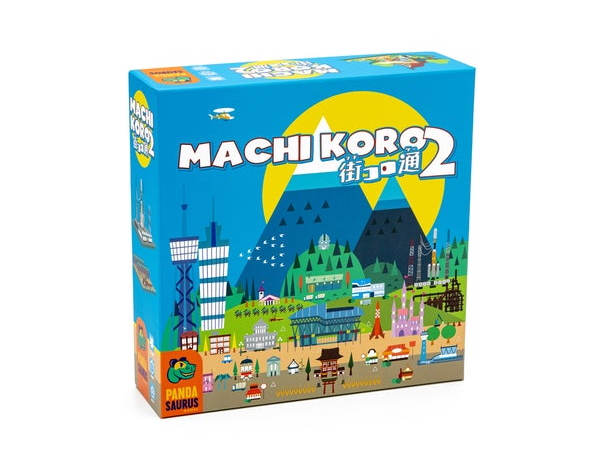