A crunchy game of queuing with variable turn order.

Merv was an ancient city in what is now Turkmenistan, that found it's height of influence in power in the 12th century before it was devastated by the Mongols in 1221 in a raid from which it never recovered from. In the game Merv you are all influential and powerful nobles, trading goods and improving your status in the city in the late 12th century.

The game takes place over a three year span where you will orbit the city in the centre of the game board three times for a total of twelve turns. The slot you land your piece on will determine which row or column you can activate, and the space you activate will both generate resources and give you access to one of six different actions to spend your turn on. Additionally the slot you choose will determine turn order for the next round, which can be manipulated with the handful of camel tokens the game has, creating an important balancing act between the power of this particular turn and how well it sets you up for the next one. Each of the four colorful resources will host one of each of the six different types of locations to add a third choice to the always available actions of gaining favor or deploying a soldier. There are the Caravansary. spending resources to take cards with different spices on them, collect two of the same spice and you receive a boon. The Palace, which allows you to place courtiers in different halls to improve your scoring at the end of each of the game's three years. The Library, where you can collect scrolls, for every two scholls you collect you make a breakthrough and gain a benefit. The Marketplace, where you can establish trade posts at other cities connected to Merv on the silk road. The Mosque, where you travel up a path to collect boons for each time you visit. Lastly there are the Walls, which let you place wall segments to protect the city from Mongol raids at the end of the 8th and 12th turns in the game.
Like many games Merv does use a dummy player to make the two player game function better, however this dummy player isn't an AI playing the game poorly, but rather a shared resource that both players use to get in each other's way and spoil their plans. There is also a single player option, where you play against the Corrupt Magistrate automated by a small deck of six cards.
Richly thematic, Merv is a game of jockeying for position to build your own fortune. The game gives you several routes to victory. Will you make your fortune? Can you save this once great city?

Merv is available now from our webstore. 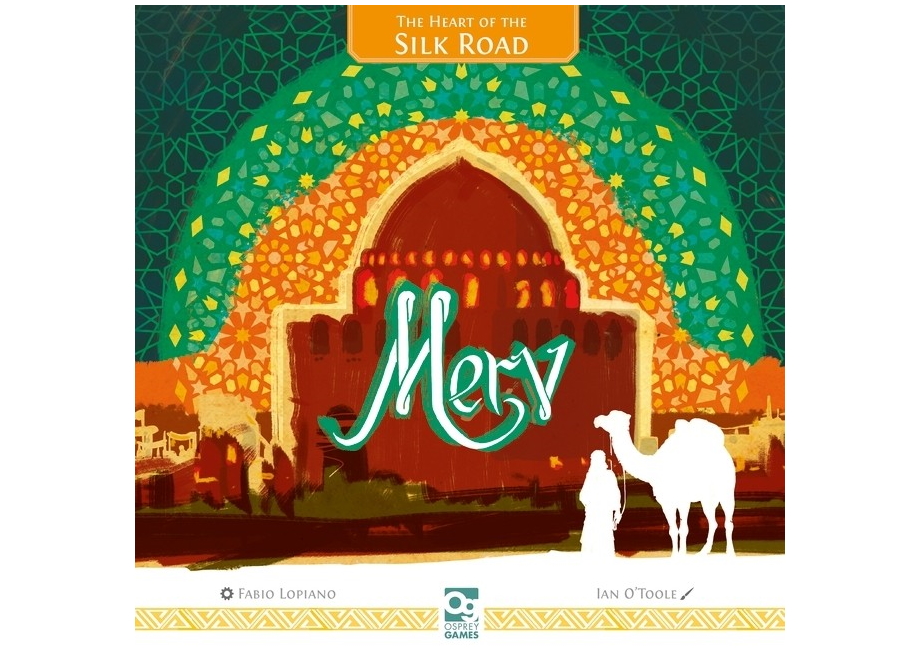