The feeling of being able to perfectly fit objects into an area is one that I truly relish, like getting all your cards into a single storage box or your games onto a bookshelf, which makes it no surprise that I love polyomino games. Barenpark, Patchwork, My City, and more all rank highly on my list of games, and Capstone Games and Uwe Rosenburg’s New York Zoo definitely joins that list.

On a player’s turn, they will move the elephant marker a number of spaces and land on a new spot on the supply board. There are two types of spots that can be landed on, enclosures and animals. The red breeding line may jot be landed on, but it provides all players with an action when it is crossed.

Landing on an enclosure will let you take the top most enclosure and add it to your board. Once placed, up to two animals from one of your houses or another enclosure must be moved to the new enclosure. Another enclosure may not be emptied from this movement, so if you do not have any available animals, you cannot take this action.

Landing on the animal spot will let you add one or both of the pictured animals to your houses or enclosures. Whenever an animal is added to an enclosure, you may add another animal of the same type from your houses. Each enclosure can only have one type of animal in it at a time and only up to two animals can be added to each enclosure per action.

The last action that players take is breeding. When the red breeding line on the supply board is crossed, all players will breed the matching animal on the breeding line in their enclosures. At the end of the player who crossed the line’s turn, each player will add an animal from the supply to that enclosure if there are at least two animals. And as with the previous actions, whenever an animal is added to your enclosures, you may add another animal of the same type from your houses to the enclosure.

If at any time, you have filled all the spaces on an enclosure, you can clear it and gain a bonus tile. To do so, you move one of those animals to one of your houses and the rest back to the supply, and then choose one of the bonus tiles to add onto your construction area.

Once a player fills up their entire construction area, they win. If multiple players win during the same action, the tiebreaker goes to the player with more animals on their board. If another ties occurs, then those players win a shared victory. 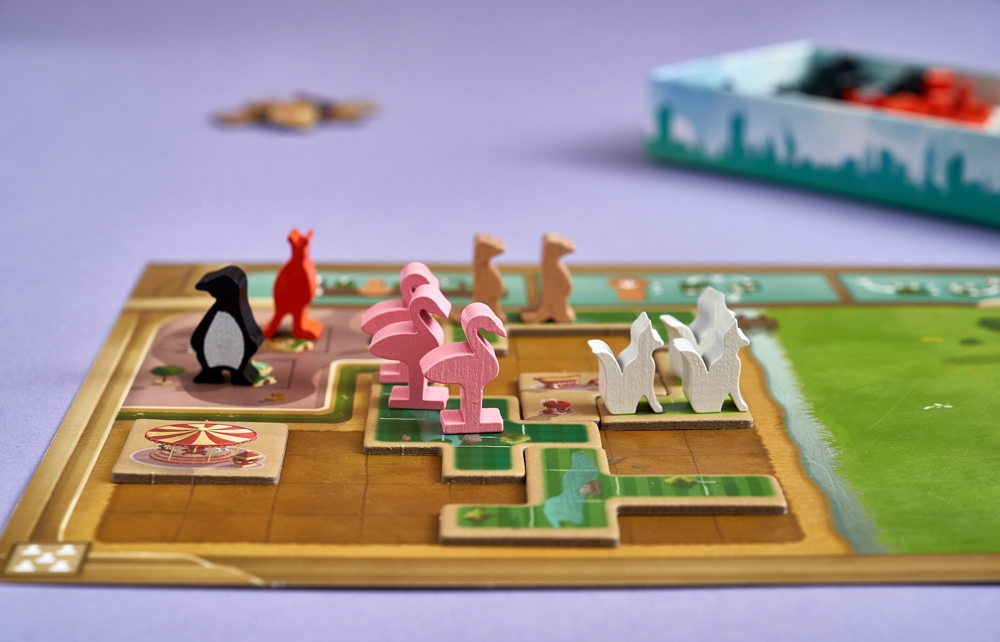 New York Zoo is another polyomino style game from Uwe Rosenburg, but it throws in elements of engine building that make it more than just a tile laying game. At first the game seemed pretty simple, but as I progressed through the game, each action held more weight to them. While puzzling together the different shapes on the board and filling enclosures to max, I found myself doing a lot of forward thinking on my opponent’s possible moves and how I could best maximize my breeding to fulfill multiple enclosures at the same time to grab multiple bonus tiles. And although the game has a complexity hidden within it’s simple exterior, the high quality and cute animal meeples produced by Capstone Games makes New York Zoo really stand out as a great game for the whole family to enjoy.

New York Zoo is available now from our webstore. 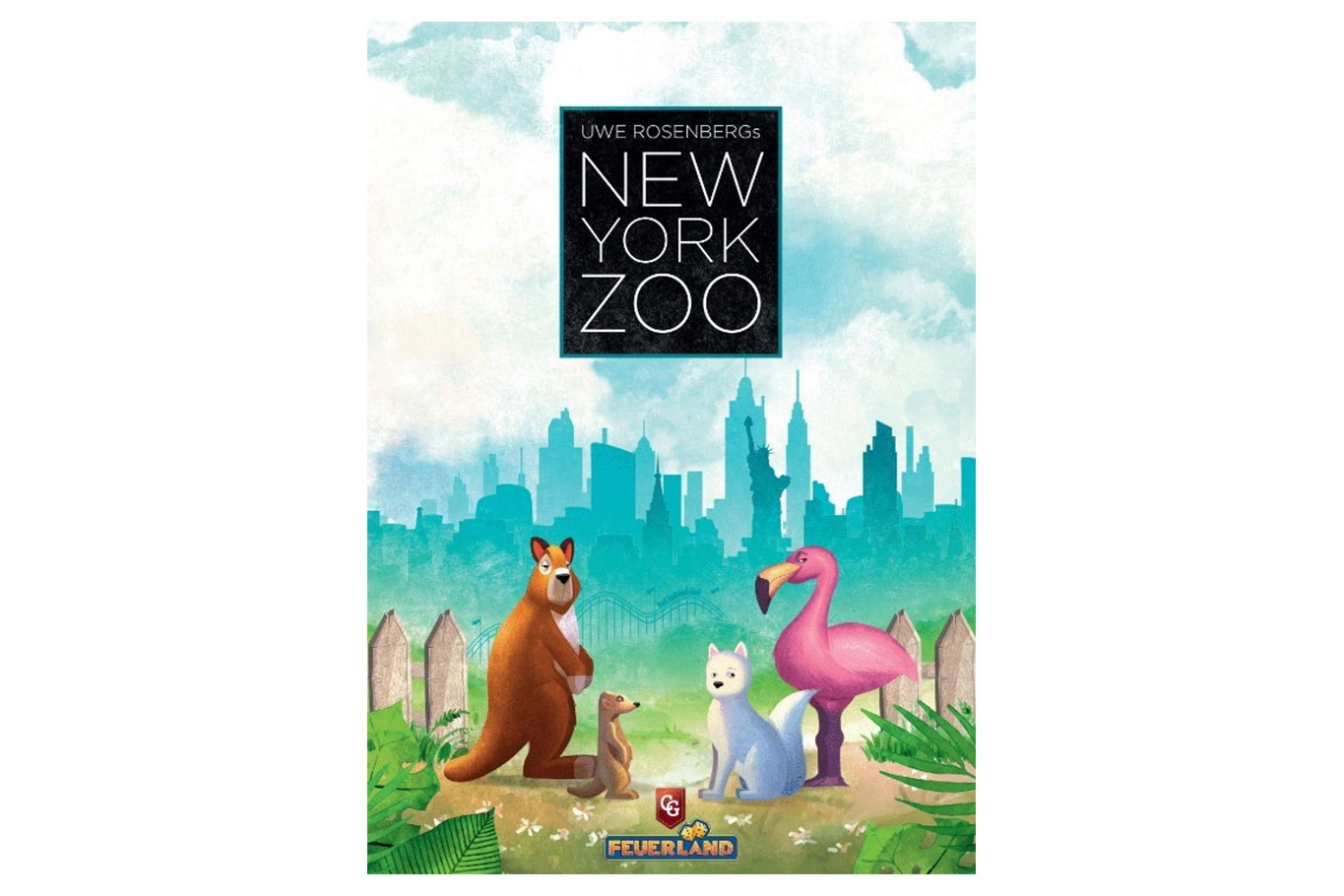