On Tour is a one to eight player game where you take on the role of tour manager and try to get your clients to perform in as many countries or states as possible. You can take the band to either The United States or Europe allowing for a much longer life span of the game. On Tour is a relatively short game only taking about 20 minutes, regardless of player count due to its simultaneous play. It is also a roll and write, meaning you roll some dice, and then write some things down. In this case, you roll two ten-sided dice to get the two numbers that you will then write on your map. Everyone uses the same dice rolls and cards drawn, which allows the winner to rightfully brag that they are the best tour manager. The cards say which region or state you will be placing the numbers, giving you bonus points if you place these numbers on the specific state or country. Once all states have numbers written on them you create your route, connecting states from lowest to highest numbers. After points are calculated a winner is crowned!

This game is a very satisfying combo of being both a strategy game and a simple, fun game. During gameplay lots of jokes are made through risk taking. As states fill up and nobody has fully formed the route they had planned, tensions rise and it becomes a game of shouting at dice which is always fun. Even though everybody has the same dice rolls and card pulls, it's difficult to come up with the same route which allows everyone to show their own personal strategies. It is also fun that it is a game where points are totalled at the end of the game, so you don’t know if you are actually winning, motivating players to try their best the entire time.

On Tour is available now from our webstore. 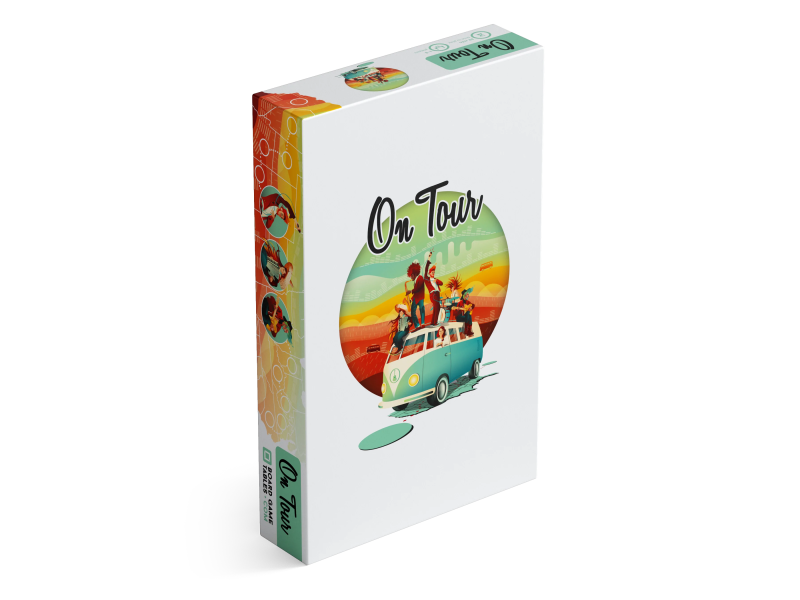