Quarto is a four-in-a-row game where none of the pieces belong to either player. There are sixteen unique pieces with four different attributes: Tall or Short, Round or Square, Light or Dark, and Hollow or Full. Your opponent will select for you a piece to place on the board's four by four grid that creates a four-in-a-row in any of those eight different ways you have made a Quarto and have won the game.

The non ownership of the pieces means that you don't have boardstates that become advantageous for one player and dangerous for the other a clever move or an unforeseen selection can turn a player's trap back against themselves, allowing the game to crescendo up to its completion. Unlike most other two player strategy games of perfect information you don't experience positions where one player has already won and it is only a matter of time until they make the required moves to complete victory. It's all about the navigation of the board and trying to create changes to win.
Quarto will fascinate, and the clever shall be the victor.
Quarto is available now from our webstore. 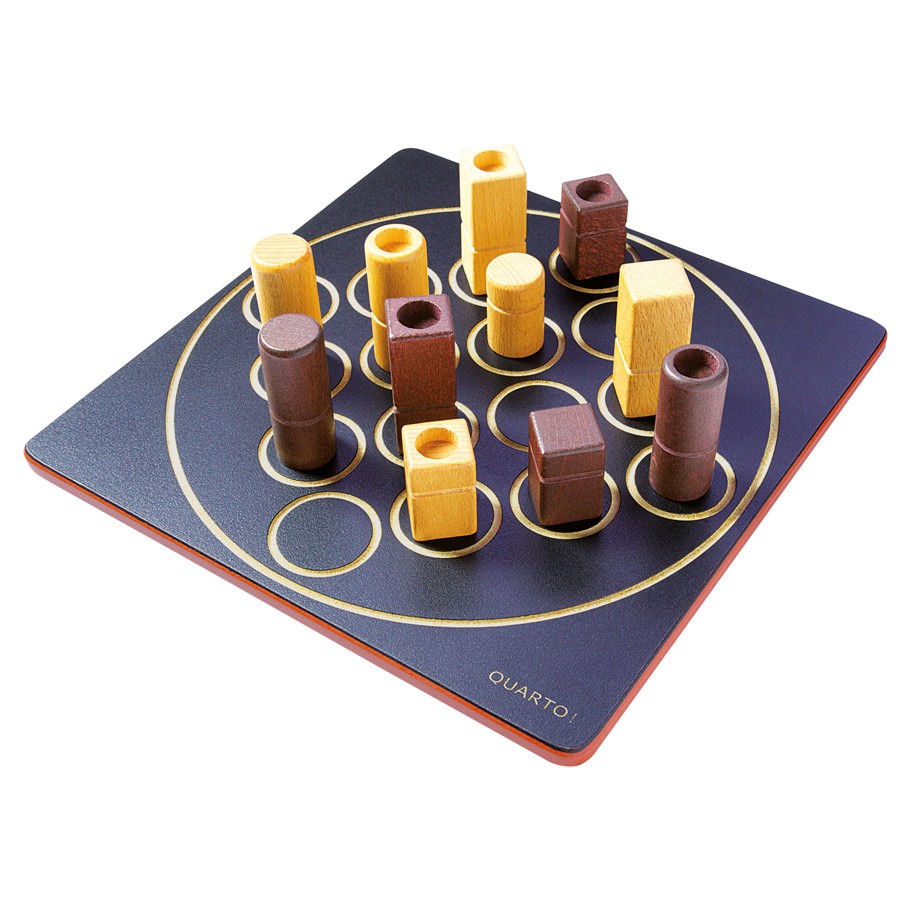 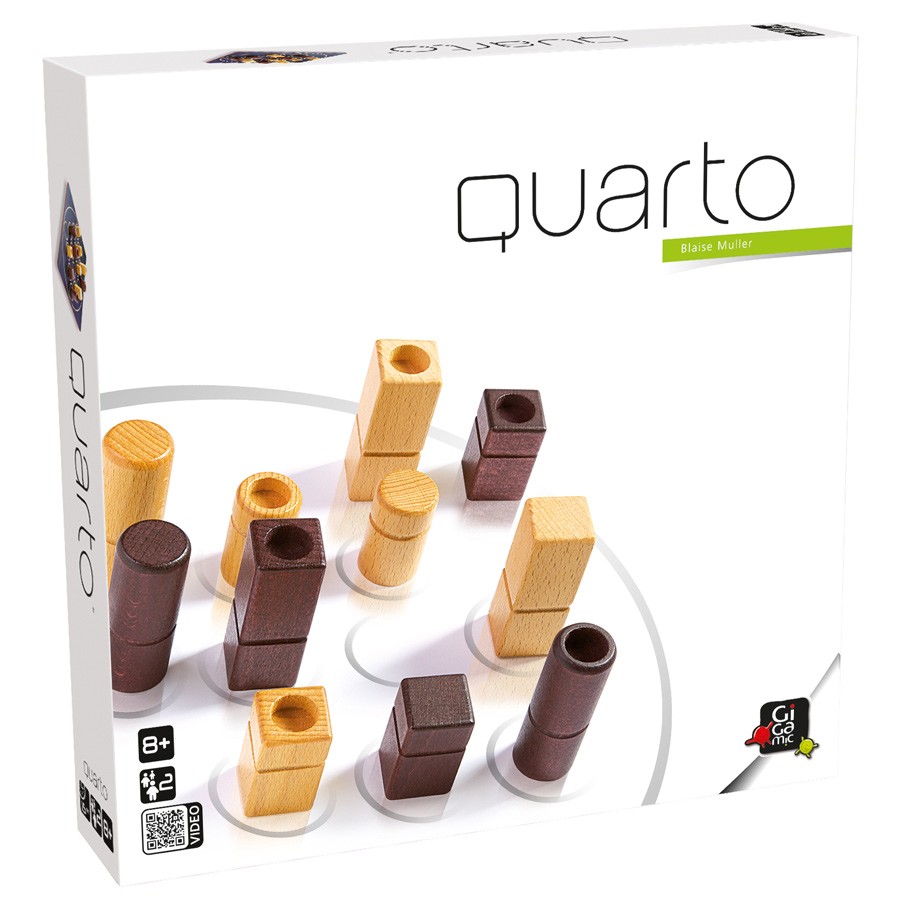