Railroad Ink is a multiplayer ‘roll and write’ puzzle game by Horrible Guild Game Studio. Players place and connect roads, railways and stations across seven turns, to create the largest possible transportation network with access to all exits along the edge of their own 7x7 square grid. Player turns occur simultaneously, starting by rolling four six-sided Route Dice that determine what trails they may place on a personal board. Players share the Route Dice results every turn, and the faces may provide helpful and helpless options towards your networks. To mitigate the randomness of Route Dice, players are allowed to place a single Special Route per turn, up to three per game. While a player can only use up to three special routes, there are six different variations, allowing for great flexibility within networks.

At the end of seven turns, a game of Railroad Ink is finished. Players count their scores based on network size, largest road and rail among other factors, and most importantly, exit connections within a single network. The addition of a single exit to a network is the greatest difference between a good score and a great one. The player with the highest score is the victor.

The puzzle aspect of the game is really noticeable during the later half of the seven turns. Your own placement of rails and roads early on becomes the greatest challenge to you later down the line. You may be able to place Special Routes to mitigate any mistakes, but the limit of three means that you will have to rely on Route Dice alone for at least four turns, and no amount of planning can account for the Route Dice.

Railroad Ink is available now from our webstore. 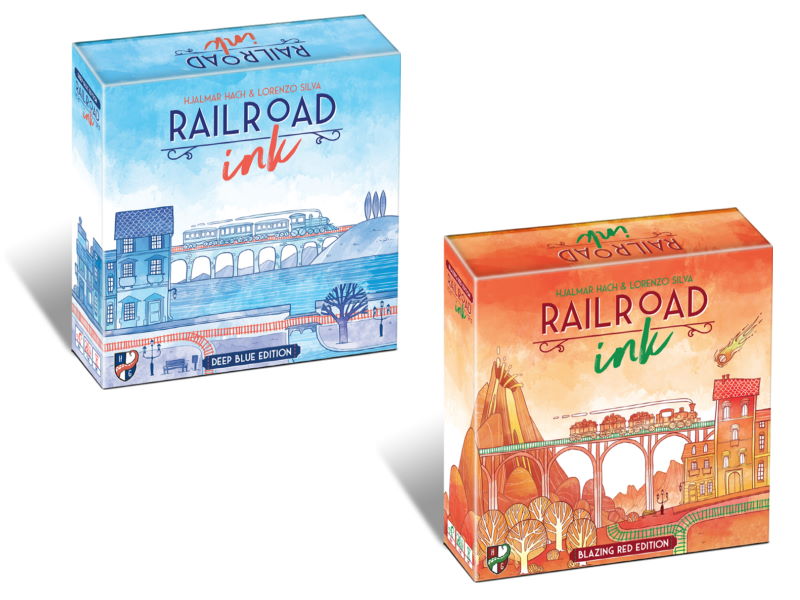