Roland Wright: The Dice Game is a roll-and-write dice game where you are playing a game developer trying to develop the perfect dice game. It was designed by Chris Handy and published by Perplext. It is playable for up to 5 players, including as a solo game with variant gameplay.
On a given turn, the Active Player will roll the 6 dice and group them by color. Then, that player picks one of the groups and fills in spaces on his or her Player Board in the color and number of the group. Everybody else then selects one of the remaining groups and also fills in spaces in the color and number of the group on their Player Board. Only the Active Player gets a group all for themselves; the other players can choose any of the remaining groups and can select the same group as one of the other inactive players. Then, all the players get to choose an action to take. There are basic actions that you can use by erasing a bit on your board, like erasing a red bit to place a new bit next to one of the same color or erasing a blue bit to look at three Equipment cards, put one in your hand and discard the others. There are also actions you can get from Equipment you have completed that can take the place of erasing a bit. If at any point you have bits on your board in the shape of one of the Equipment or Hallmark cards in your hand, you can reveal the card and show where you have completed it on your board, then you get to place it next to your board. Once a player has three or less spaces remaining on their board (or in rare cases a deck and its discard pile have a combined three cards or less in them), then the game has one final turn. After that turn, players add up their scores to see who wins. You'll earn points for the Inspiration card you get dealt at the beginning, for each Hallmark and Equipment card you completed, for each Research & Development card you kept, a bonus 6 points if you filled in your entire Board, then points for each award card that you came in first or second in.
Let me get this out of the way. The game's theme is not very well represented in the gameplay. I did not, at any point, feel like I was "creating a dice game." The game feels pretty abstract, even with the Hallmark cards representing aspects that your game is attempting to fulfill like having "mitigated luck" or being "affordable". It's slightly disappointing as the theme was an interesting aspect to the game and the fact that it's not there is unfortunate. That being said, the game itself is still a fun, solid game that I enjoyed playing.
Roland Wright ends up being a bit difficult to parse at the beginning, as you are trying to figure out what you are supposed to be doing with your cards and what color groups you want to be taking. As you play through the game though, it becomes a bit more obvious as to the connections between dice, cards, bits, actions and points. In my first game, that was unfortunately at a point where my opponent had a big advantage and too many points to try and catch up to. One thing I really like is that no matter what gets rolled, there will always be some option for you that's useful, even if it's just taking a group that's one die, drawing that on your board to immediately erase it and take the action from the color.
I also want to mention the solo mode. A lot of games are not playable as solo games and even the ones that are often will just have a solo variant that is playing the game without competition and mitigated choices and seeing how many points you get. Roland Wright has an additional board that you use for the solo variant. In it, you choose an additional group each turn to add to the Solo Board that has various tasks on it. Two of the tasks get you more cards when drawing cards by erasing a bit. Two of the tasks allow you to edit your roll to get better results. The remaining two tasks you want to have a high number in so that you don't have a negative result affecting you. The solo mode is really good as it offers a different enough experience from playing with other people, but still feels like you're playing Roland Wright. It can be interesting to see if you want to place larger groups on your board or the solo board, as the tasks can be very useful, but sometimes you just need bits of a certain color.
I recommend Roland Wright for people who want to play an abstract roll-and-write game with some interesting placement and area management mechanics. It offers interesting strategies and has you attempting different strategies each time you play, based off of which Inspiration, Hallmark and Equipment cards you have.
Roland Wright: The Dice Game is available now from our webstore. 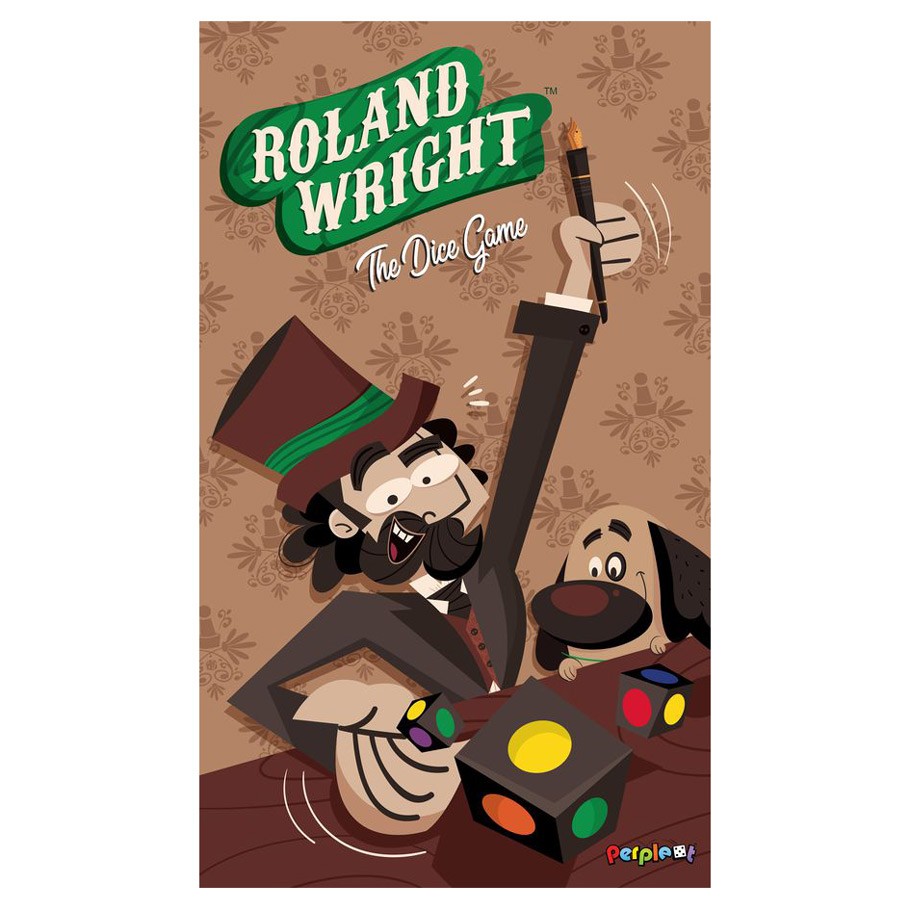