Root is an asymmetric, competitive game about woodland creatures fighting for control of the forest kingdom! Complete with all the cutesy graphics you would expect from such a setting, Root delivers on a fun evening of back-and-forth gameplay in a well-balanced system. With a total of eight different factions (including expansions), and a new automated system for board-controlled opponents, you’ll have plenty to explore in this beautiful and refreshing board game.

As an asymmetric game, there is certainly a lot to learn about the game. Each faction has special rules, some of which contradict the general rules or even another faction’s ability, and each has their own method of scoring victory points. Accordingly, some factions are much more straightforward, while others have a pretty steep learning curve.

Most of the factions score through area control, placing buildings in each of the forest clearings and having the strongest force present. The Cat de Marque want to build sawmills and workshops, the Eyrie Dynasties want to place Roosts in clearings, and the Lizard Cult want to grow their gardens across the board. Others, though, like the Vagabond(s), the Woodland Alliance, and the Corvid Conspiracy, are more about disruption and chaos, taking actions to disaffect multiple factions simultaneously.

The game is won by any faction reaching 30 victory points, or alternatively playing a Domination card and fulfilling the requirements listed. Games usually last around 60-90 minutes depending on the factions chosen. 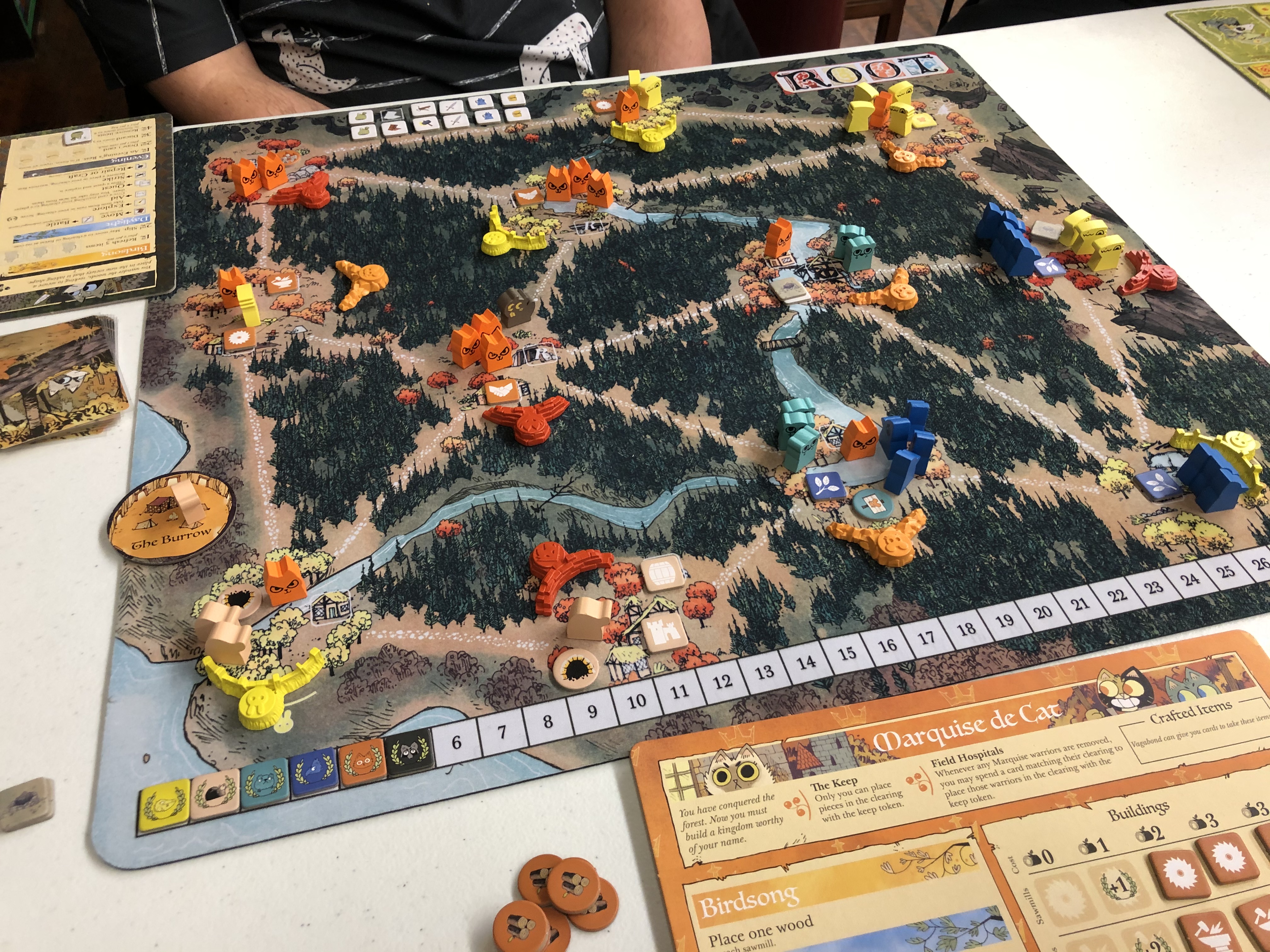 This game has a LOT going on, and I love almost all of it! I haven’t quite figured out the best approach to every faction, but I have fun in each game despite some lackluster scores. (The Lizard Cult is so hard!) The base game comes with four factions, and that alone will provide a ton of replay value. If you’re a completionist like me, though, you’ll have to pick up The Riverfolk expansion along with the newer The Underworld expansion, introducing a total of four new factions, a second Vagaond character, and the Mechanical Marquis, unlocking solo and cooperative gameplay.

With the latest printing of the game, the designers have revisited the base factions to rebalanced them, which is really nice for gameplay and to show how dedicated they are to getting this right. While I enjoyed their earlier release Vast: The Crystal Caverns, which sought to achieve the same asymmetric gameplay, it generally felt kind of clunky. Root has demonstrated that Leder Games used that as a learning opportunity (and a title in its own right with Vast: The Mysterious Manor releasing recently as well).

For best results, you’ll want a relatively firm grasp of how each of the factions play before getting to the most enjoyable play-throughs with your game group. While that means a lot of trial and error when first learning the game, each time presents a fun, rewarding experience as you get to better understand your faction.

I can’t recommend this game enough! Check it out for yourself by picking up a copy, or join us as we play on Mondays and Game Night! See you there. 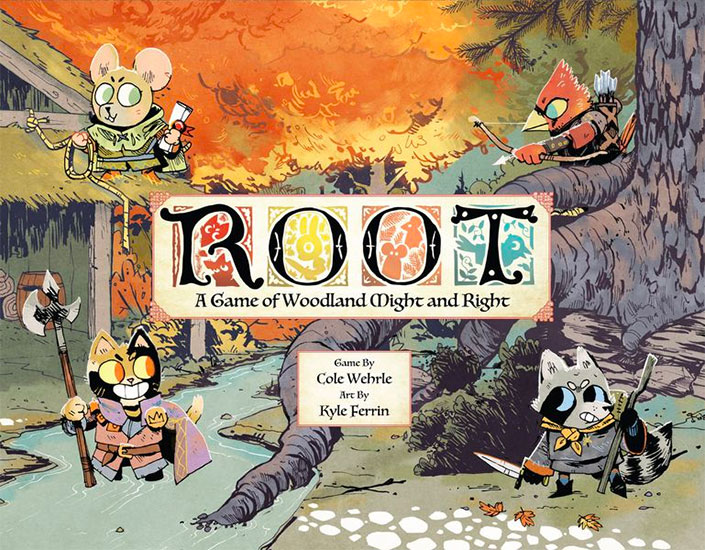