Over the holiday, I started working on my long backlog of board games and one title that I got to play was Santa Monica. During my time with it, I noticed that the designer’s name, Josh Wood, sounded awfully familiar. A quick search on the internet popped up his name as the designer of Cat Lady and he also worked on expansions for Tiny Towns, a game I had reviewed in 2019. So this month, I’m giving a shared staff pick for both Santa Monica and Cat Lady, and you can find my review for Tiny Towns here. 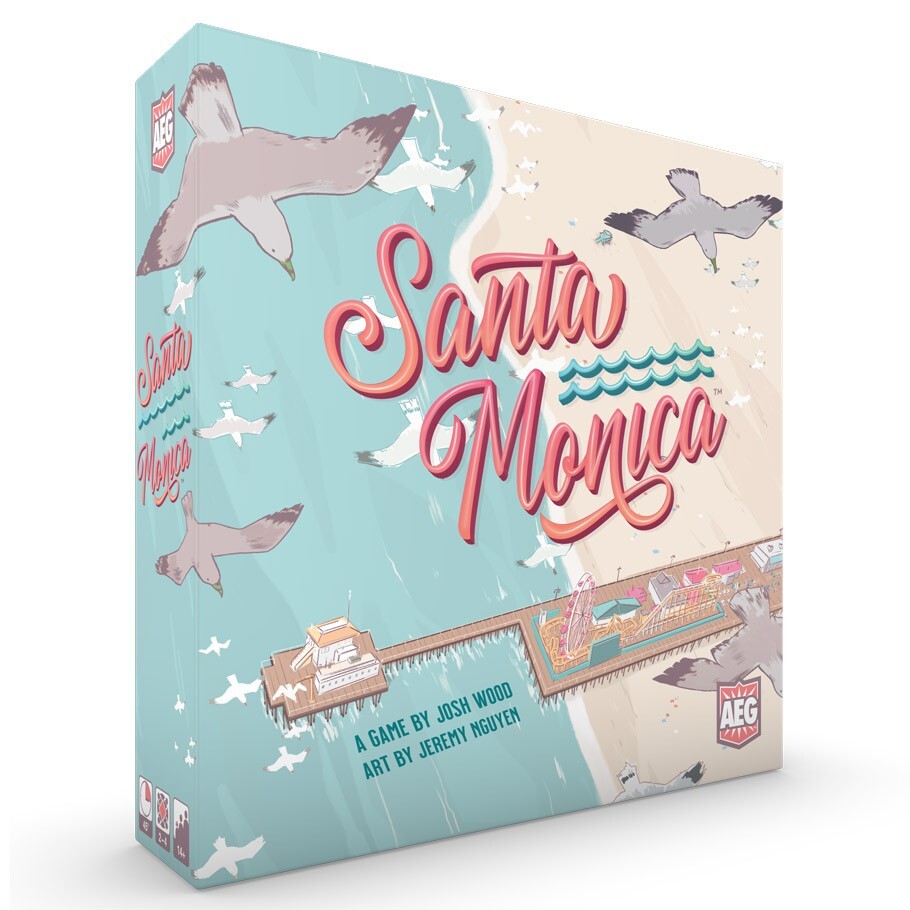 Each player begins the game with a hotel card and one VIP meeple. 8 feature cards will be laid out from the feature deck in a 2x4 pattern and 2 sand dollar action tiles will be set to the side. Players will take turns drafting the features into their neighborhood or paying sand dollars to take one of the two actions from the sand dollar tiles. 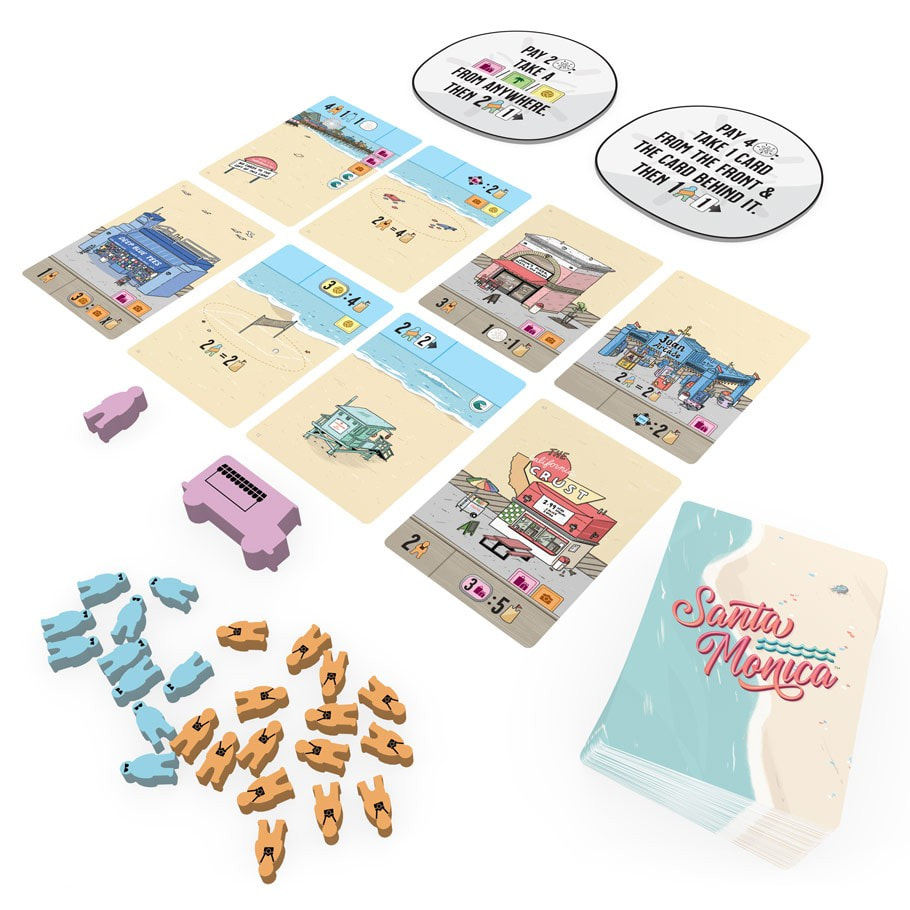 When taking a draft action, a player may take any card from the front row of the feature cards available and add them to their neighborhood. A food truck and foodie meeple will be standing at the columns of the draftable features to give the players extra sand dollars or move their tourists around if they draft a card from their column.

Each feature will have placement effects, scoring opportunities, generate tourists, locals or sand dollars, or give your VIP an interesting location to visit for more victory points. Once a player has drafted 14 feature cards, the game ends once the round is over and the player with the move victory points wins. 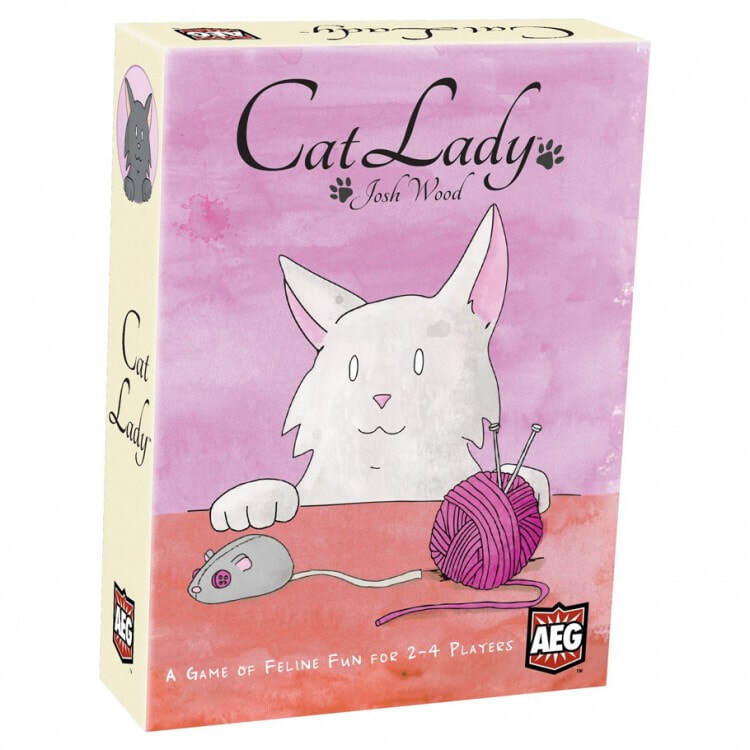 Cat Lady is a game about adopting cats and keeping them fed. As another card drafting game by Josh Wood, Cat Lady is an easy to pick up and cute little card game.

In Cat Lady, 9 cards will be put into a 3x3 pattern and 3 cards from the stray cat deck will be set in its own row. Players will take turns drafting either an entire column or row of the 3x3 cards. The cards will consist of cats, food, catnip, costumes, toys, lost cats, and spray bottles.

•Cats will earn you points at the end of the game, but only if you have enough food to feed them.

•Food cards will get you food tokens to feed your cats.

•Catnip will lost or earn you points based on how much you have and only if all your cats are fed.

•Costumes earn you points for having the most costumes at the end of the game.

•Toys earn you points by collecting unique sets of them.

•Lost Cat cards can be discarded in pairs to adopt a stray cat that will earn you points through specific requirements.

•Spray Bottles move the cat token to a row or column of your choice during your turn.

Whenever a row or column is selected, a cat token will be placed at that row or column that prevents the next player from choosing the same row or column. Once all the cards in the deck are collected, the game ends and the player with the most points wins.

Santa Monica and Cat Lady are both simple card drafting cards and that is what I like about them. They won’t require you to think too hard about your strategy, but still offers enough to keep you interested. And as much as I love games that can get my brain working overtime, many in my play group do not and these two games really hit the spot for an evening of lighter strategy gaming and socializing.

Santa Monica and Cat Lady are available now from our webstore.