Seastead is a new game from Wizkids in which two players work to develop a blossoming civilizations atop four flotillas out at sea. While it sounds like a great, cooperative venture, in this game you will compete with your opponent, attempting to build better structures and amenities to turn out an even better profit. Seastead plays two ambitious developers in approximately 30 minutes, and is recommended for ages 14+.

Throughout the game, you will dive for resources (Kelp, Metal, Fish, and Artifacts), recruit Specialists, manage your crew of boats, and, most importantly, erect new structures on each of the flotillas! (You might also dabble in Clean-Up, earning you some funky hazard tokens.)

During setup, each player will place their collection of building meeples on their double-layered player board, and collect their 4 boat meeples. Each of the three buildings have a different effect, allowing you to either send a boat to one of the four flotilllas for building discounts (Shipyards), recruiting a specialist for single-use effects (Academies), or placing docks onto the flotilla for additional scoring opportunities (Ports). When placing a building on a flotilla tile, each location where you place a building will have an available action as well. As you place more buildings, you’ll also benefit from abilities which trigger from clearing rows and columns on the player board, allowing you to further combo actions together for big, swingy turns!

While I do love me some fun combo-building mechanics, my favorite thing about Seastead is the fact that several of the actions will benefit your rival as much as they benefit you. This adds a lot of tension in the game, forcing you to evaluate and reevaluate your decision making, turn after turn. The main way to get resources, for example, is to perform the Dive action. You’ll flip over a card with two distinct halves, choosing the orientation to determine which players gain which resources. You’ll need to keep an eye on your opponent’s cache as much as your own.

The other note-worthy double-edged action is when you build Ports. Once placed, you will choose one of the available dock tiles from the display. These dock tiles determine which locations on each flotilla score bonus victory points relative to the docks position, regardless of whose buildings are present. Placing a Dock tile too early will give your opponent a huge advantage, so be careful!

This game has a lot of options, and sometimes the turns can get really built up. For example, if I place a Shipyard at a location already containing a ship, I will pay the resources taking into account the discount, and place the building. I will then move a boat to a flotilla of my choice, the boat that was there will also move, then I will perform the location action, and then I might perform a row and/or column action. Add in there any Specialist activations I might want to benefit from, and that can be a lot of information for you and your opponent to track in real time. If you take things slowly and make a point to be as clear as possible, these turns can be really satisfying to pull off.  As stated above, I absolutely love the fact that each player’s decisions will affect both parties. The mechanics of the boats, the docks, and the resource collection all mean that your opponent could end up in a better position than you if you aren’t careful. That back-and-forth, to me, makes for a really fun dynamic between two players.

The flotillas are also double-sided, so there is a lot of replayability in the little box. Side “B” introduces new mechanics with the addition of Decree Cards, and offers more intricate location abilities for you to explore. Either side can be used in solo mode, which is also appropriately difficult.

If you like building combos, challenging decision-space, and/or ocean-float civilizations, check out Seastead! The game does not disappoint, and is quick enough to enjoy without overstaying its welcome.

Seastead is available now from our webstore. 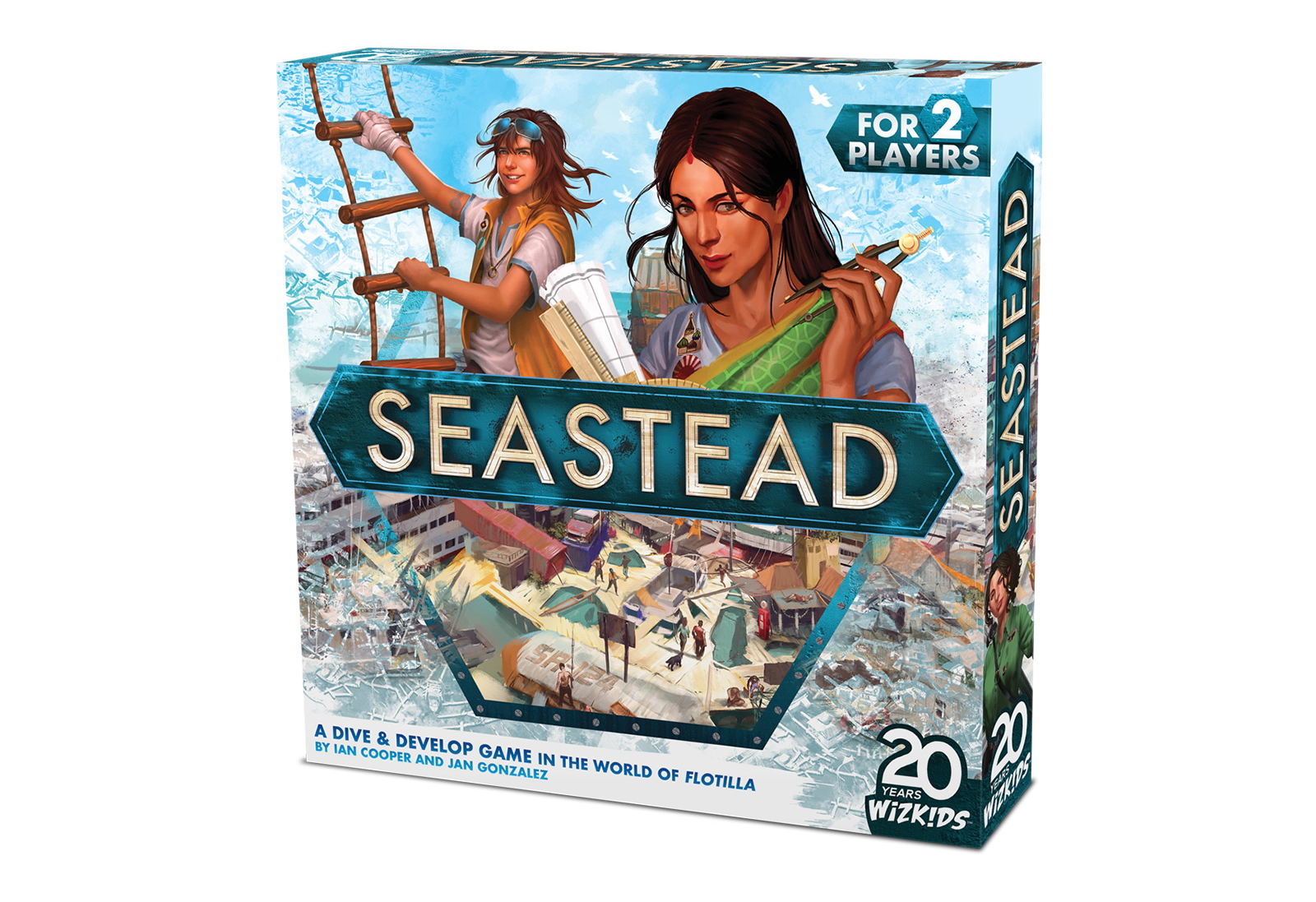