Sovereign Skies is a 1-4 player game where you are trying to get humanity into the greater galactic community by earning the most favor with the alien races of a foreign system. Throughout, you will be moving your mothership around the system, gaining energy, dropping off ships and placing bases, as well as gaining influence from alien senators. 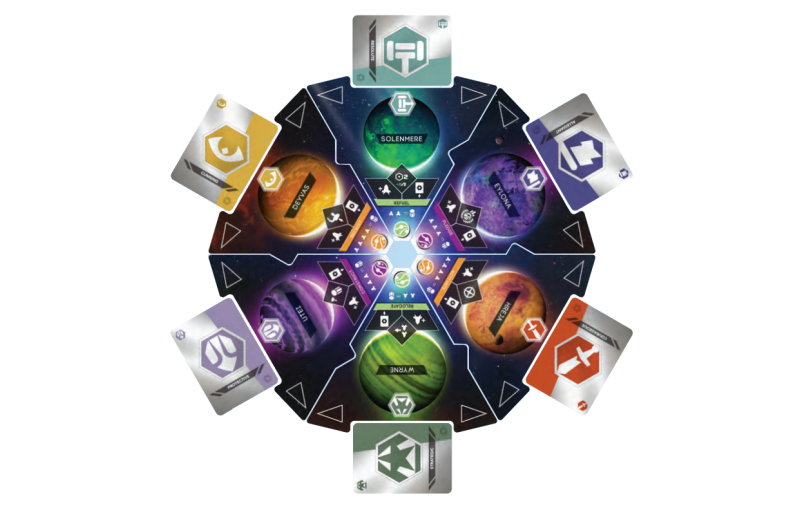 Sovereign Skies is a rondel game where you will travel around a board, taking the actions of the space you are on. At the start of the game you will randomly place the planets in a circle. Each planet has a matching politic card that you place one per person around the outside of the board. Each player will also place their mothership on a planet, choosing what direction around the board they want to go. On a player's turn, they first move to the next planet around the board in the order they are facing, then takes up to three of the actions available from that planet. Each planet allows you to place a ship and gain a politic card for that specific planet and then also has a special ability unique to that planet. It could be something like gaining energy, recruiting a senator, constructing a base or activating a base you control. When you recruit a senator or activate a base, you also gain influence with the more expensive senators and bases being worth more influence. Once two stacks of influence tokens are gone, then the game ends and whoever has the most influence is the winner.

Sovereign Skies also has a solo mode where you play against an AI player. The AI will still take most of the actions in the game, but uses a chart to determine which planet to go to next. While it will check in clockwise order, it will skip over planets when either the AI isn't able to use the planet (like having to construct a base when it doesn't have the ships) or when it's able to do better things (it will skip some planets if it can construct or activate bases). While the AI isn't able to choose actions the way a human player can, it is very good at making its actions count, making sure it earns as many influence tokens as it can. One interesting thing is that the AI's difficulty setting isn't set at the beginning of the game, but at the end, as the conversion rate of energy to influence determines difficulty. So while I might not have beaten the game on Very Hard (1 influence per 1 energy), I did beat it on Easy (1 influence per 4 energy), Medium (1 influence per 3 energy) and Hard (1 influence per 2 energy).

I like Sovereign Skies as it is reasonably simple in terms of what a turn is like, but still offers a good amount of strategy as to what you want to do. You can spend energy to change your direction around the board or skip spaces, so you can have some control over what planets you want to go to. So while a turn is only moving and then taking 1-3 actions, choosing where and how you move and how many/which actions you take (taking only one action gives you one energy and taking three actions costs you one energy) ends up being important.

One thing that plagues the game, that is an unfortunate feature for many games, is that the game seems to end fairly abruptly. Just as you're getting into the swing of things, the game can come to a halt, as the end condition can easily be fulfilled late enough into the game. While each stack has a few tokens each, often players will be trying to take both senator recruitment and base activation influence tokens, which can lead to them being depleted faster than you might want.

Sovereign Skies' solo mode is pretty decent. While the AI is able to more efficiently move around the board (not requiring energy to more more spaces), it also suffers from not necessarily making ideal plays. While the AI will often skip Wyrne and Solenmere since constructing bases on green planets only costs two ships and the AI skips those planets if it can construct a base, the AI doesn't get as much value from construction as a player since it doesn't get the base-construction bonus. And while the AI will likely deplete the green planet influence stack, it's the stack with the least value, so it ends up being less valuable than a couple orange planet base activations.
If you're looking for a solid, medium-complexity space game, I recommend Sovereign Skies as a fun rondel game.
Sovereign Skies is available now from our webstore. 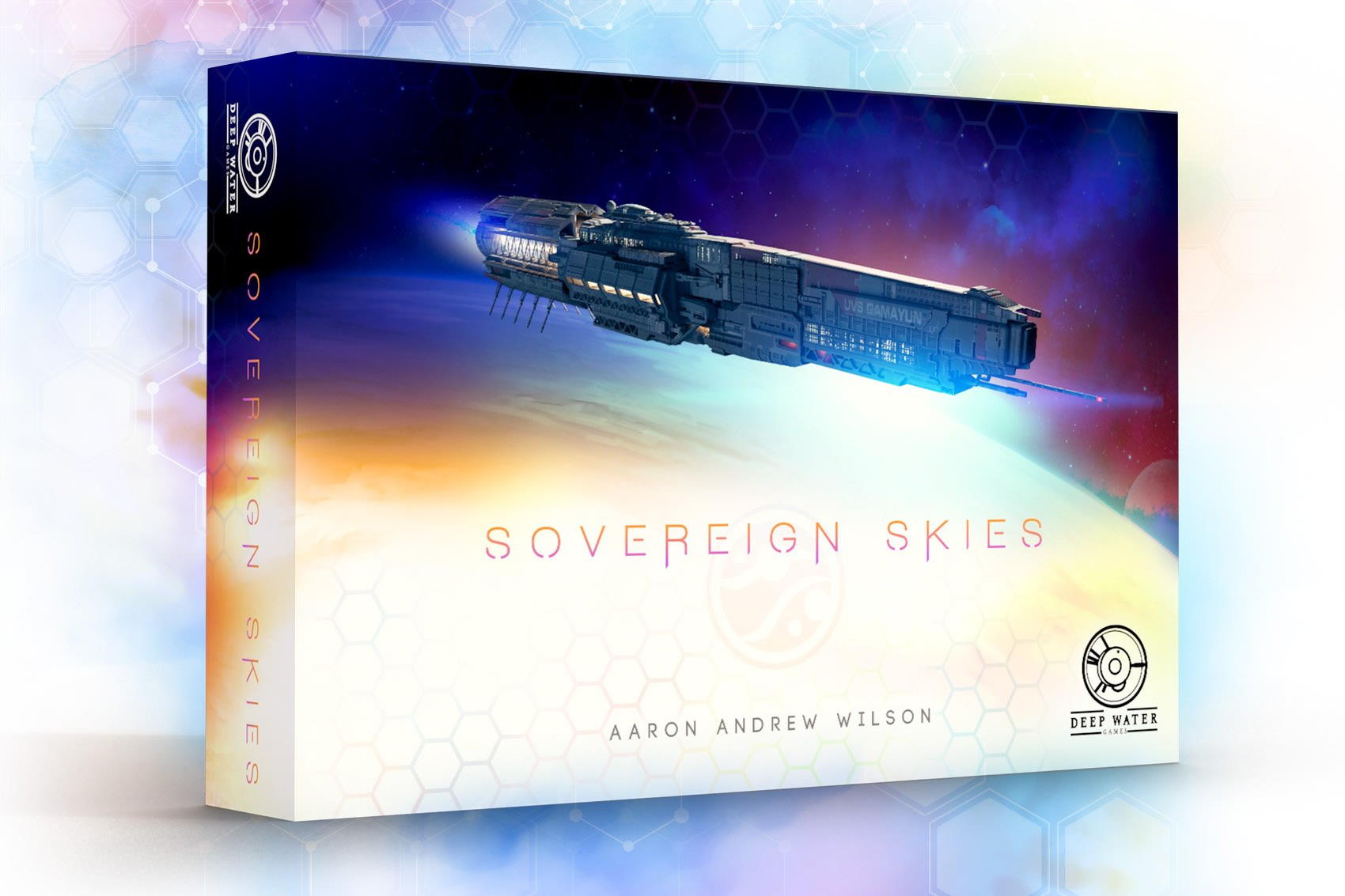