Space Park is a 1-4 player game from Keymaster Games where you travel around the galaxy to exotic destinations. Along the way, you'll gather resources so you can earn the badges that will prove you are the greatest explorer.
Each game has a randomized set-up for placing the locations so that where you visit will be in a different order each time you play. Each of the different locations has a different action associated with it: Starlight Station is where you pick up new badges to try and earn; Cosmic Canyon, Celestial Seas and Lunar Woods are where you'll gather the various resources needed to earn badges; Fusion Falls allows you to convert one of the resources into an explorer point; Outpost 13 is where you trade in resources to earn badges; Astral Arcade has you pick up the Controller to move the Scout. There are three different rockets on different spaces on the board. On your turn, you take the action at a space where a rocket it, then move that rocket around the board clockwise to the next open location. Once a player has enough explorer points, each player gets an equal amount of turns and then whoever has the most points is the winner.

Space Park's solo mode is pretty straightforward. In the solo mode, you are trying to earn enough points before the Scout gets rid of the badge deck. After you take your turn, the Scout discards the top badge and moves to the location indicated by the badge. As opposed to getting a positive effect when landing on the Scout space, you have a negative effect. If you're able to get enough points, you win. 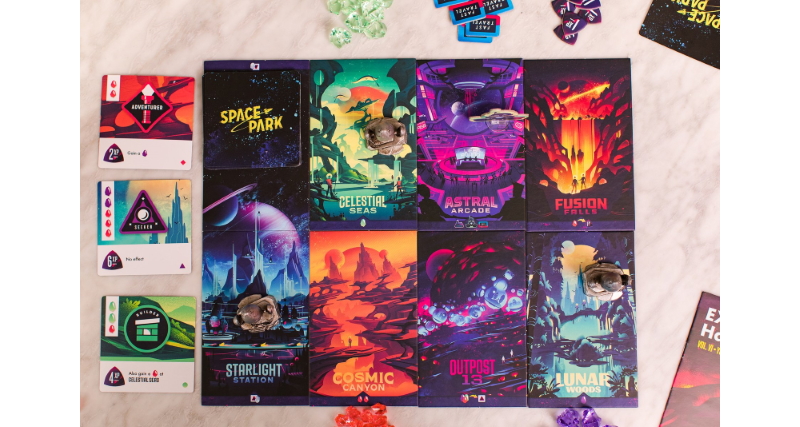 Space Park is a very simple game. If you're looking for a deep strategy game with a large decision space, this is not the game for you. If you're looking for a game that's easy to pick up and has gorgeous visuals, Space Park is a great choice. Made by the same people who made Parks, Space Park has a gorgeous visual style with each of the locations having fantastic art. It's also just fun. It might be simple, but it is a lot of fun to play. The only randomness present is the initial set-up and the badge deck, so while it is simple, strategy is important in taking your turn. While you might want a resource, your opponents might also be looking for that resource, so you want to be careful about what actions you set up by taking your action. All in all, I recommend Space Park as a lighter game, maybe for in between heavier games or maybe if you want a game to play with non-gamers.
Space Park is available now from our webstore. 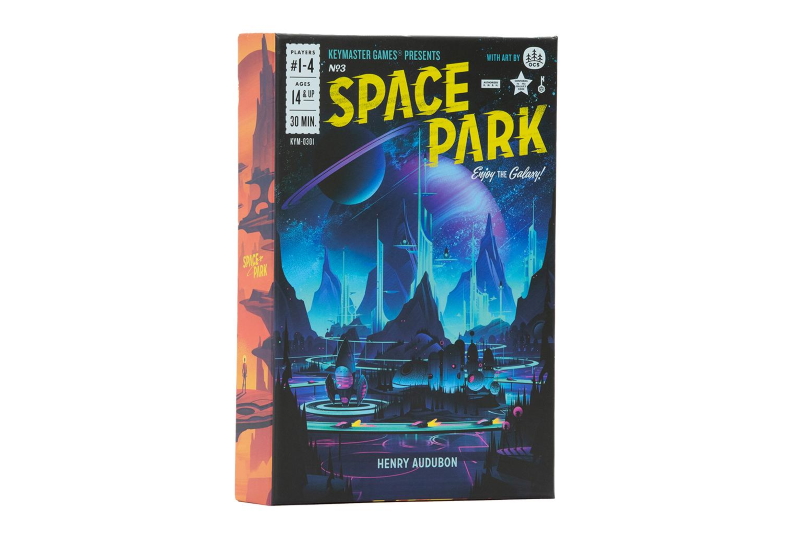