In Spirit Island up to 4 players will take the role of island spirits, as they defend the land and its people from the invaders that seek to ravish the land. The spirits must  fight back the invaders as they spread across the island, build towns or cities, and worst of all attack the natives.

Each round will consist of a spirit phase, an invader phase and a clean up phase. During the spirit phase the players will cheer as they play cards to summon powers that will help them push back the invaders, bringing them closer to winning. However, during the invader phase they will groan as they see that the invaders have built cities making them even tougher foes. To make things even worse, after the first round the invaders will begin to ravish the land and kill its natives. Should the invaders deal enough damage they will begin to place blight tokens on the board, making it harder for the spirits as their island is beginning to decay. Not to mention that if all of the 10 blight tokens are all placed on the board the spirits have lost.

All the spirits must work together to keep the invaders in check, while instilling fear in them. For if they are able to instill enough fear in the invaders, they will think twice before harming the island. This will make the winning condition for the spirits much more achievable.

This game can be brutal at times, watching as the blight tokens get dished out one after the other, or seeing that the next location where the invaders will spread will mean that the majority, if not all, of the island will be covered with them can be devastating. Yet, I love this game.

The base game comes with 8 different spirits all of which play differently. The game has a built in system to make it harder or easier on the player. This means that the game can be played many times over and still feel new.

Spirit Island is a puzzle to solve. Which spirits pair best together? When is the best time to use that extremely powerful card? Should you let the invaders build a city so you can set up a very powerful play later on? These are all questions that you need to solve each and every game if you wish to win.

Sure, the game is always against you and your friends, but that makes it all the sweeter when you finally are able to kick off those pesky invaders.

Spirit Island is available now from our webstore. 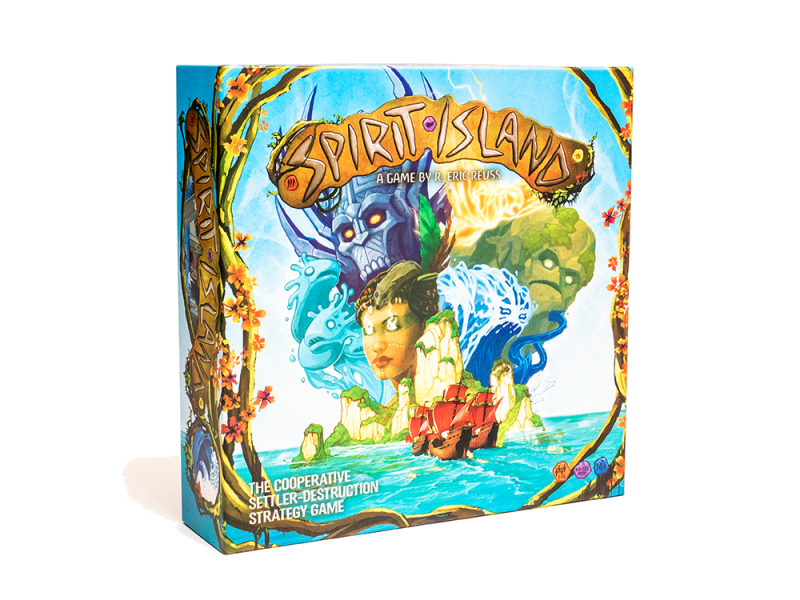