Stonemaier Games is well known for their top quality components and art style, bringing us the beautiful and phenomenal games Wingspan, Scythe, and Viticulture. Another of their most recent releases is Tapestry, a game about developing a civilization from the Stone Age through to the Space Age, allowing you to explore everything in between.

Tapestry is a multi-faceted game, to say the least, with a lot going on on the table. You’ll need to pay attention to your unique Civilization ability, which adds variety and asymmetry to each game you play, the four development tracks along the outside of the board, the territory map in the center & accompanying territory tiles, as well as your own personal Capital City, where you will be filling rows, columns, and three-by-three sections to earn bonuses and victory points.

With that said, once you get the hang of the game, probably after a clunky, head-scratching first go of it, the strategies really open up. My wife and I played five games over a single week, and each time we progressively got better and tried a bunch of different civilization boards and strategies. The game really offers so many different approaches to scoring points that it feels like you can truly have a vastly different experience each time you play. Each civilization will influence your approach to the game, and you can explore the four development tracks in any combination, choosing to dominate on one or two tracks, racing to grab the large Landmark buildings to fill more space in your capital city, or spread your strategy out amongst all four dabbling in a little bit of each. Beyond this, each age you play, acting as rounds limited by your action economy, will offer another opportunity to further specialize your civilization as you play Tapestry cards, providing one-time bonuses or benefits that last the entire round.

My wife ended up with 3 wins to my 2, and ever since that first week she’s been itching to find the time to get it back on the table. She is a big fan of the space exploration track, while I prefer the more area-control-esque military track and the numerous bonuses you can earn from the territory tiles. In two-player games like the ones we played, trying to compete on a single track is wasteful, as the first person to surge ahead will grab all the valuable landmark buildings and leave you in a dust. In a multiplayer, though, the jockeying for position on the tracks will more likely be a more close and fun contest.

With a new expansion set to release at the end of this month (Plans and Ploys), there is a lot to explore in this super fun, middle-weight board game. I definitely recommend checking this one out!

Tapestry is available now from our webstore. 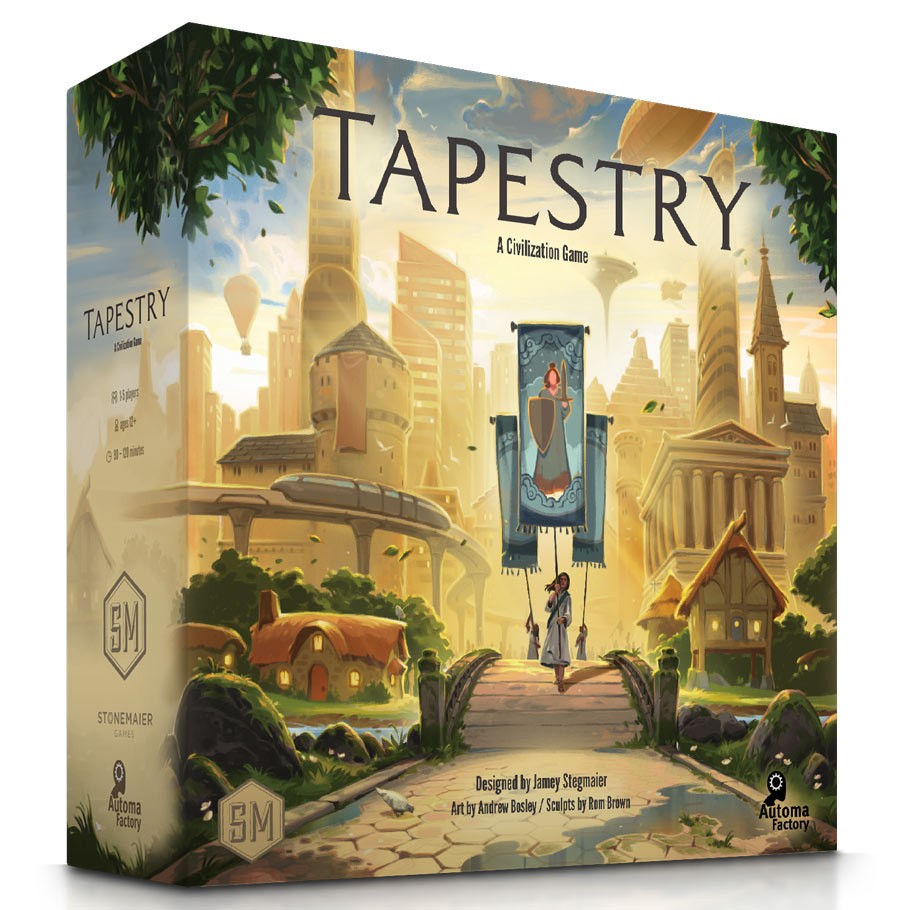