‘In the 2400s, mankind begins to terraform the planet Mars.’

In Terraforming Mars, you and others will take on the role of your own giant corporation tasked with the project of making Mars a habitable planet for mankind. Although you are all working together on paper, only the corporation that attains the highest Terraform Rating through contributions towards terraforming, advancing human infrastructure, or performing commendable deeds, will be remembered in history.

When the game begins, each player will choose which corporation they would like to play. Each have their own starting resources and a special ability that can be used throughout the game. The goal for each of the corporations is to reach a habitable level of temperature, oxygen, and water on Mars. To do that, the game will be played in three phases.

In the first phase, players will draft and buy different research projects cards for their corporation to work on. These can vary from developing cold-resistant plants, building energy processing facilities, or bringing pets to Mars. You will also have access to a number of event cards, like a satellite crashing.

Once all the cards are drafted, the action phase begins. In the action phase, the cards you have drafted or held onto from previous rounds can be played for their immediate benefits and in-play actions. This phase ends after each player has exhausted all the actions they would like to take and passed.

For the third and last phase of a round, players will generate income and resources based on their Terraform Rating and their production cards in play. The turn order shifts and players return back to phase one, repeating rounds until Mars has been successfully terraformed.

Terraforming Mars is one of the games that I wish I could bring to the table more often. The level of accomplishment that I feel from ending a game after many rounds of careful planning and developing synergistic builds from a chain of actions is stellar. This is a game that gets better with an opposing player’s skill level, but the solo variant included in the game is challenging and a great way to familiarize yourself with the game’s many strategies. 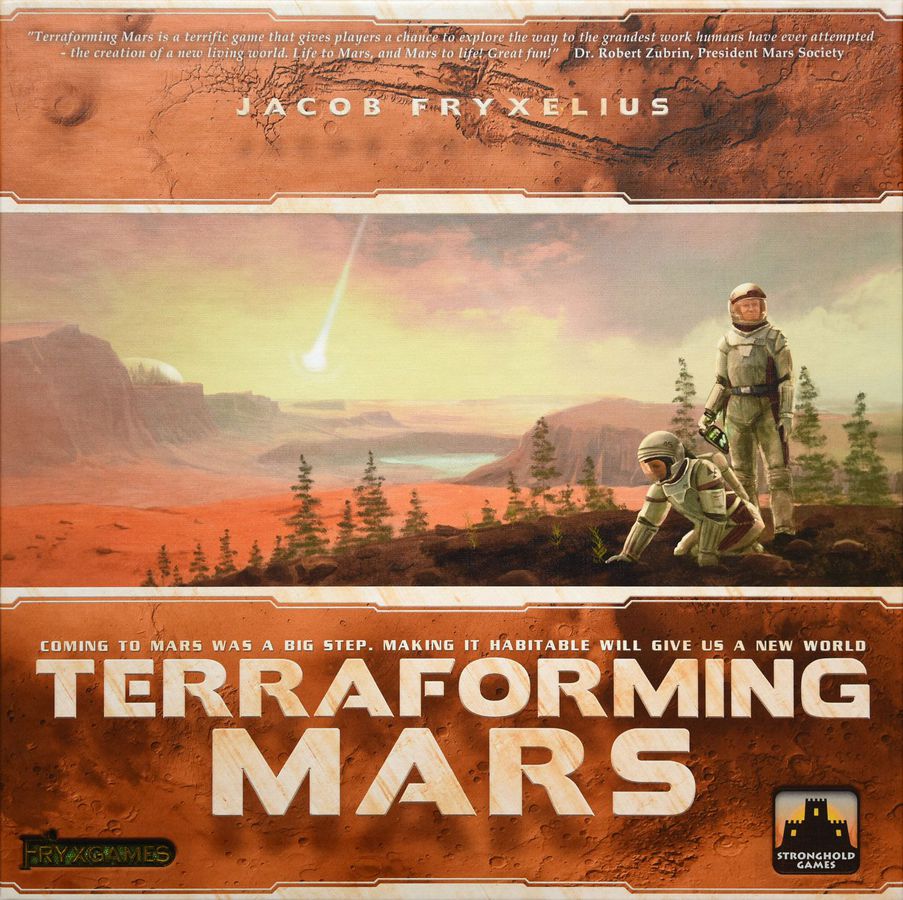