In Vagrantsong you will be playing a character,referred to as a Vagrant, that has found themselves in a train bound to an unknown destination. To make things worse, the train is haunted and it’s now your duty to help the ghost, called Haints, by reminding them of their humanity.

During your turn you will assign your “action points”, represented by coins, to the actions that you wish to do that round. In order to do an action you need to assign at least one coin. However, for every extra point you add you can do that action again or make that task easier. You could decide to go all in on investigating the mysterious crate sitting suspiciously in the center of the train cart, or maybe you want to fight the Haint using all your offensive abilities, or spread out your action points to try to accomplish several tasks that need to get done. In between each player's round the Haints will go and do an action that is determined by drawing a token from a small bag. Some actions may not be directly damaging the players but they will still be a slight hindrance to them, as the bag is where the players draw their supplies from as well. To make things more interesting the Haints have multiple moods and will switch between them often, this means that while the Haints might ignore the players when they are “happy”, they might change their mind and attack if their mood changes. Play will continue with each player choosing what they wish to do and the Haints following what the game has decided for them until either a winning or losing condition has been met.The campaign will consist of many different scenarios, each with their own winning or losing condition. Regardless of whether the players have won or lost they will be able to move on to the next scenario. However, losing will have the players starting at a disadvantage in their next scenario.

This is a very fun cooperative game. The story is an interesting one, and the player characters are well crafted. While this game can be played with one player it’s best to share this experience with others. Not only because the story and art for Vagrantsong are so well crafted but it will let you have a more rounded team for some of the tougher Haints.

With that said I do have a small issue, though it’s extremely small in my eyes. With this game being a campaign it is not something that you can easily bring new people into as the game goes on. Vagrantsong is clearly intended to be played by the same group from start to finish. However, the story is interesting and can easily hook the right group and make them want to continue playing.

Vagrantsong is available now from our webstore. 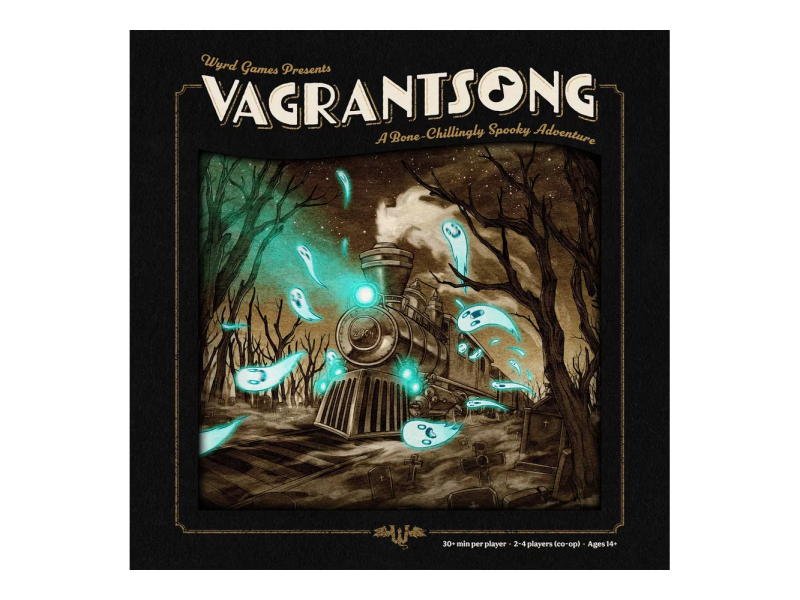