Viscounts of the West Kingdom

The third installment of Shem Phillips' West Kingdom trilogy is another outstanding title. In Viscounts you must balance four available actions gated by deckbuilding choices and a sliding tableau in order to end the game with the most points. Rather than a rondel where each wedge is a different action each wedge has three locations, with both spaces on the outer track giving you access to Trading and Building, while the space on the inner track gives you access to Transcription and Worker Placement, with the exact rewards of each action determined by where you are.

Each player's turn will have six phases that turned out to be much smoother than I anticipated: Card Management, Movement, Primary Action, Recruit, Resolve Collision, and Draw. In Viscounts each player will have a sliding tableau of three townsfolk cards with effects when they're added, while they're removed, or continuously while they are on your row. The townsfolk in the right position will be added to your discard pile and you'll add a new townsfolk to the first position from your hand. These townsfolk will either have icons matching the four primary actions, or a criminal icon that can be used for any of the actions. Then, depending on the cost of the card you've added you will move your Viscount token around the rondel at that number of spaces, with the ability to pay coins to move additional spaces. Then in the wedge you have landed in you have the choice to dismiss the visible townsfolk card in the wedge for its cost, removing it from the game and getting an instant effect and access to the card's icons for your action. Then you perform one of the four actions, with the option of spending the corresponding resource to count of having more of that icon for the action. In the recruitment phase you can pay the recruit cost of the available townsfolk. Various game effects and choices can give you Virtue and Corruption, if you makers are on the same spot on the track during the resolve collision phase, you'll receive some coins either depts or deeds depending on your position. Then you'll draw townsfolk cards back up to your hand limit.

Each of the four actions carries a mix of immediate benefits and long term scoring benefits, but it doesn't behoove you to let any one other player be the only person working on a particular action. Townsfolk cards with continuous effects give tremendous rewards for doing a specific action, and it can behoove you to aim to do the same type of action for a couple turns in a row, if the board state supports it.

Viscounts of the West Kingdom is an excellent semi-heavy title for an enthusiast's collection. I am eagerly awaiting what Shem Phillips does next with the South Trilogy.

Viscounts of the West Kingdom is available now from our webstore. 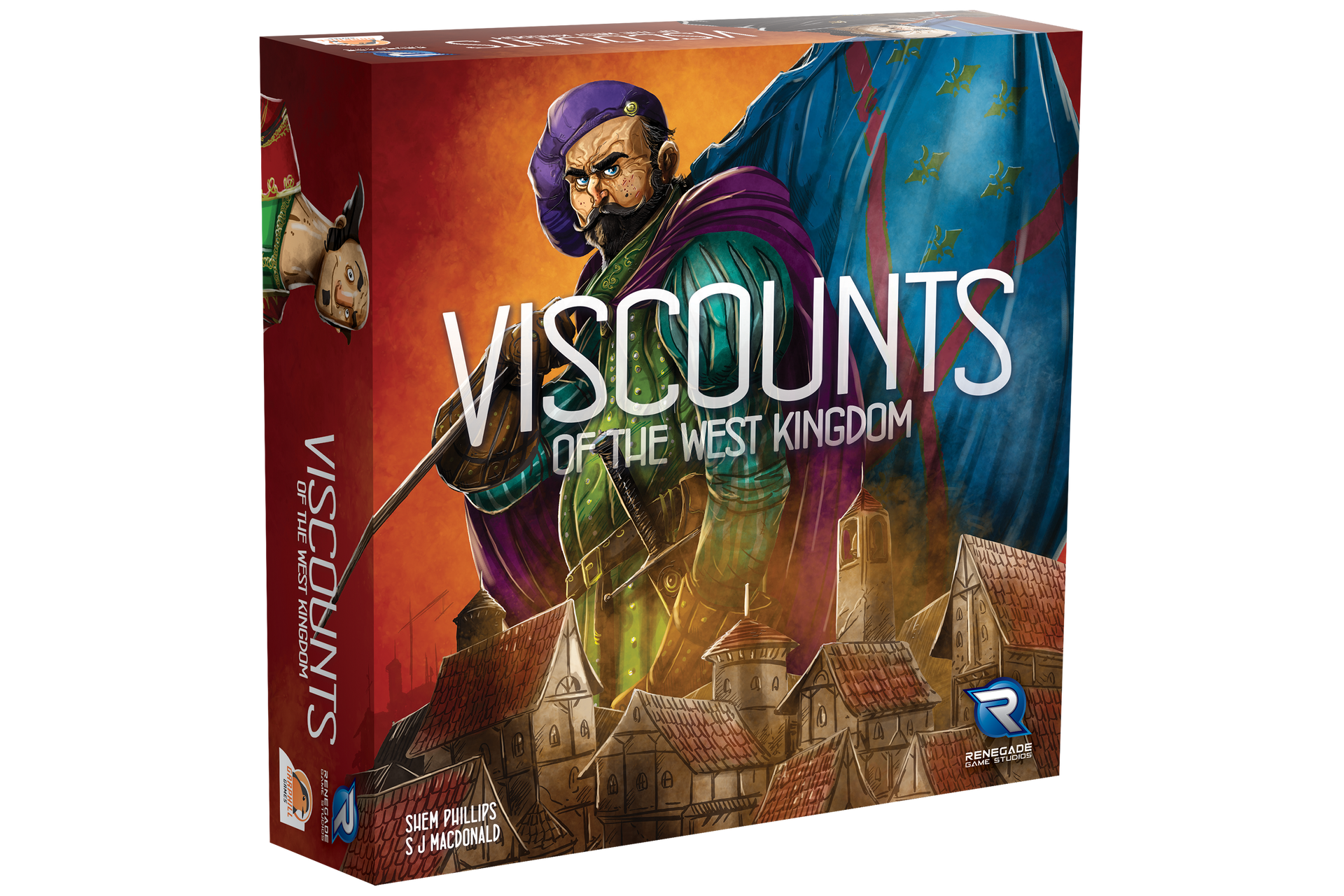