The artichokes have invaded your garden! These prickly produce crops are in need of a pruning and there are plenty of fresh vegetables ready to lend you a helping hand in Abandon All Artichokes from Gamewright!

Abandon All Artichokes is a deck-building game with a simple goal: get rid of your artichokes and draw a hand of cards with no artichokes. To achieve that goal, you’ll need to compost your artichokes to remove them from the game or trade off them to your opponents and put them further away from victory. And how you go about getting there is quick and easy.

Quick, strategic, and fun. Those are the three words that I would slim Abandon All Artichokes down to. After I learned this game at a recent game night, I was able to teach it quickly to non-gamers and had a blast with each game. The variety of different types of cards has enough going on for players to need to think about their play order carefully, but each action is simple and clear enough in how it interacts with the cards and other players making gameplay smooth and easy. To wrap up my review, Abandon All Artichokes is a charming game that can act as your filler game for your next game night or one to bring the family to the game table.

Abandon All Artichokes is available now from our webstore. 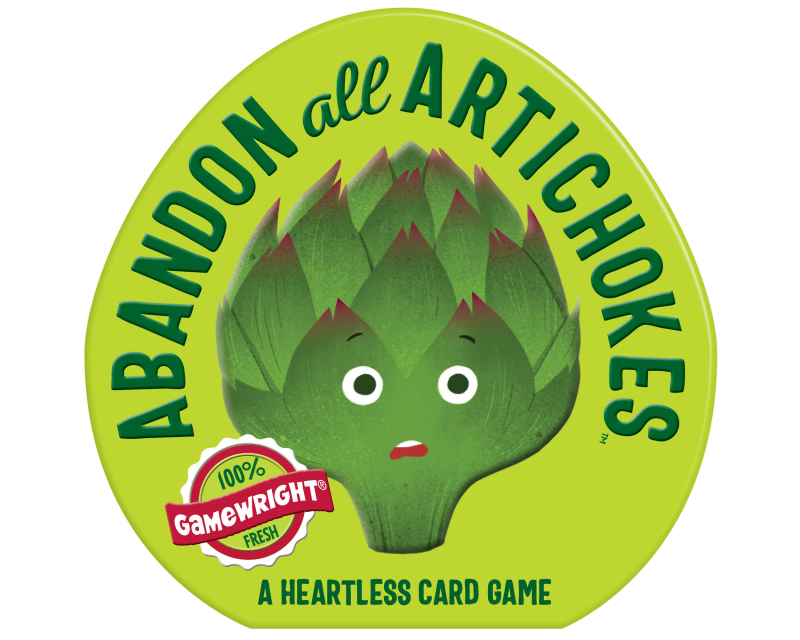