In the previous months, I reviewed Coyote and Spicy. Both were simple little bluffing games from Heidelbar Games and I would be displeased with myself if I didn’t take the chance to complete the set with Anansi this month. Anansi is the third game from Heidelbar Games to be published with the metallic card printing. Based on the spider trickster god from Ashanti tradition, Anansi is a trick taking game that will have you carefully planning out your hand and delicately balancing out the number of hands you win and lose. 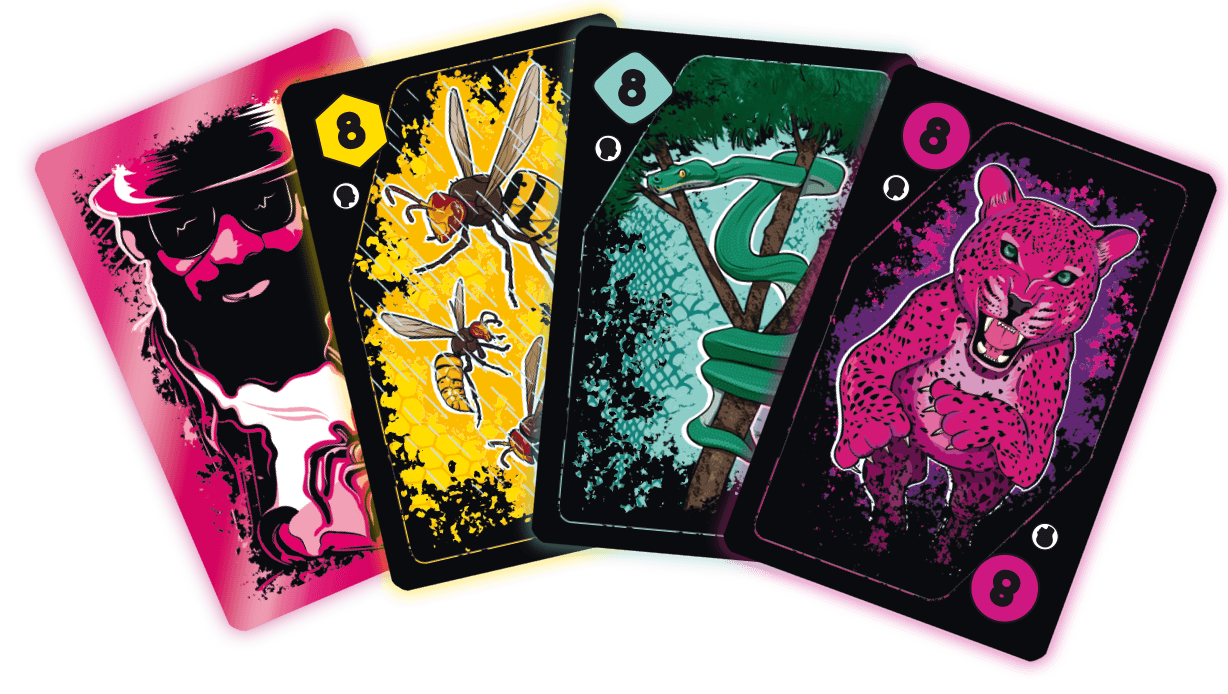 In Anansi, players will engage in three rounds of trick taking, trick taking is where players will take turns to play a card and the highest value played wins the trick and collects the cards played that round. The start player begins by adding a card of any suit to the trick, then all other players take turns adding a card to the trick of the same suit. If a player does not have a card of the correct suit in hand, they must add a card of the trump suit, which is determined at the beginning of each trick, or if they lack cards of the trump suit, they can play any other card. The card of the highest value in either the trump suit, then the chosen suit wins with that player collecting the cards and putting them into their scoring area. Each won trick is sorted separately into story stacks.

A player may also choose to opt out of playing a card into the trick and instead use a card to gain uninspired followers to their score area. Some cards will have white follower icons on them denoting how many uninspired followers are gained when used. When the current trick is over, cards used to gain followers will be added to the trump suit tracks and determine which suit will be the trump suit in the next trick.

I found Anansi to be a very pleasant change from both Coyote and Spicy. While both Coyote and Spicy are bluffing games that require you to take action to catch your opponent’s bluff, Anansi has you subtlety reading into your opponent’s actions and trapping them into overextending themselves or missing scoring opportunities. It’s a little bit more on the serious strategic side, but still quick and simple enough for any play group to enjoy. And as always, Heidelbar Games takes an extra step in ensuring the quality of their games with a rich metallic print on their cards and enriching the cultural theme with art from African artists, Dayo Baiyegunhi and Emmanuel Mdlalose.

Anansi is available now from our webstore. 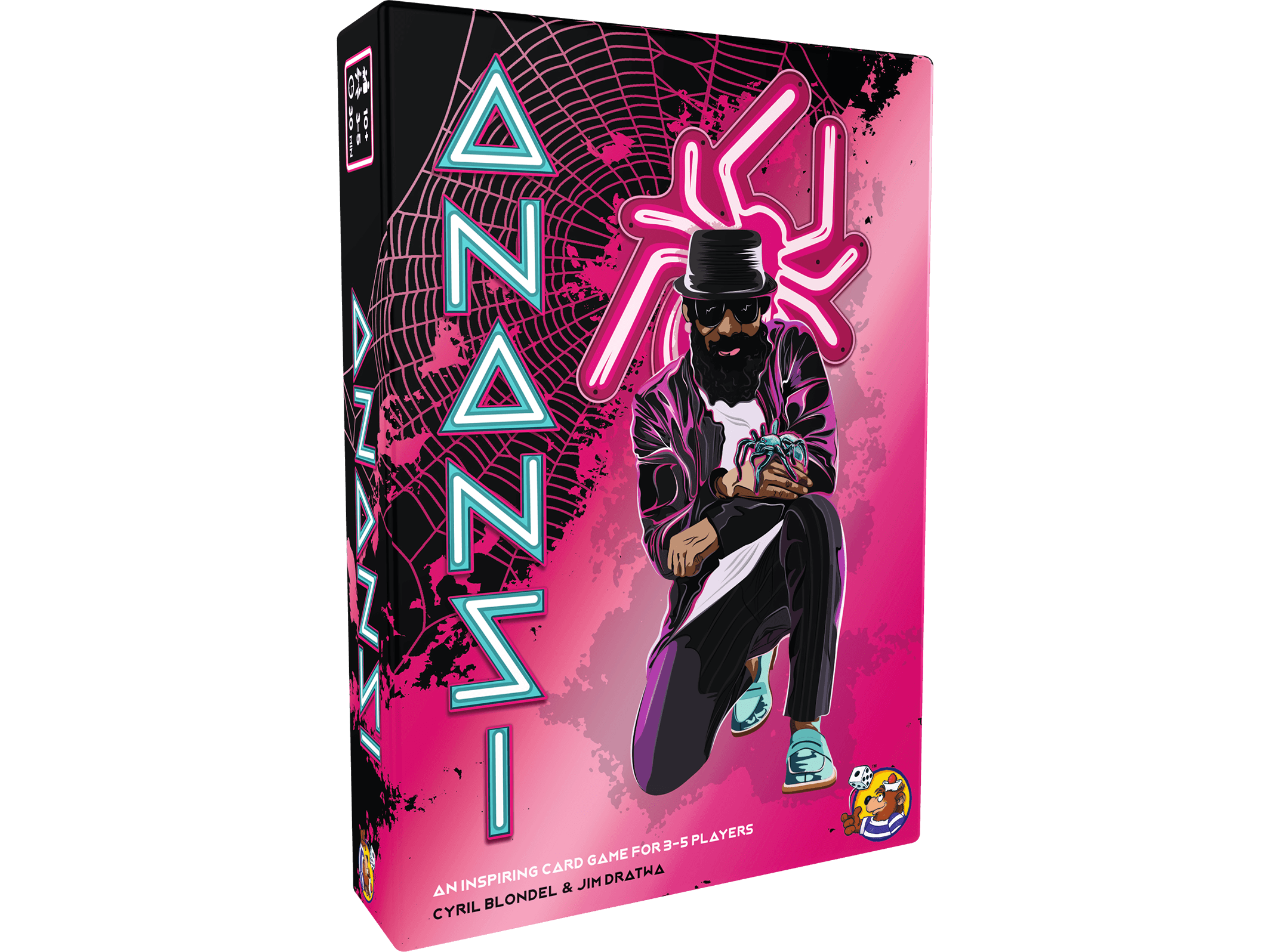