Are You A Robot?

Are You A Robot? is a very fun, simple, hidden identity game for three players in which two Humans are attempting to identify the one Robot. To set up, shuffle the three identity cards and randomly deal one face-down to each player. After each player has secretly looked at their card, the game can begin!

The game is easy to play and just as easy to enjoy. The games can be as quick as a blink with only a few quick glances before someone lets loose with a ZAP! Or, as we have done here at the store, you can deal out the cards and take a whole afternoon exchanging glances and probing for a tell before concluding with a hesitant “Zap…?”

The game is silly, and is a mere two dollars, which you pay for the cute art and effortless genius of the design. Better yet, you can get two copies and play with up to 6 people! 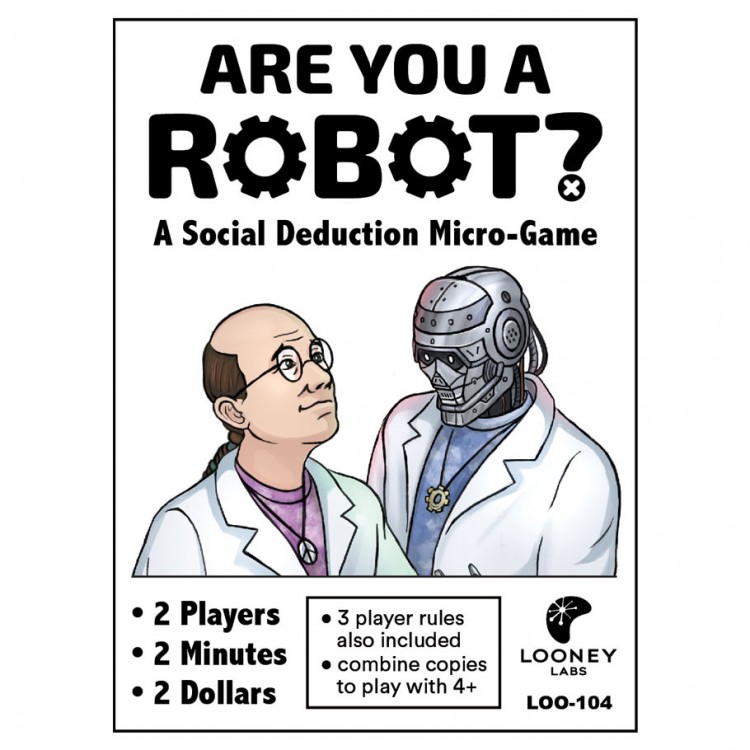