I have a new Favorite TCG, Legend Story Studios from New Zealand have made a new card game with a novel and skill testing core gameplay loop. Flesh and Blood features heros fighting each other in a thrilling battle that leads to tight games.
In Flesh and Blood Each player will have a Hero who begins the game with equipment and a deck of Attack Actions, Actions, Reactions, and Instants. Instead of a whole card type being dedicated to providing the resources to enable you to play cards in your entire deck all these cards generate resources to let you play other cards. From your hand you can pitch a card to generate resources to play cards from your hand. You have a single action point each turn to play an Attack Action or Action card each turn, but there are several ways to give a card the go again keyword so you can do more things on your turn. At the end of your turn you draw back up to a handsize of four cards. During your opponent's turn cards with a defense value can be used to block some of the damage from their attacks, however if you block their attacks, you don't have those cards available to play or pitch on your turn. This tension between defense and attack makes for some serious decisions, how much can you allow and still be able to win?

Flesh and Blood offers a variety of playstyles packaged in a variety of fantasy aesthetics From the grimdark Runeblade Chane to the brash swashbuckling Guardian Bravo there is a nice variety of tones. With multiple ways to play limited and constructed this game has legs. Join us on Thursdays as part of niche card game night and find out for yourself why Flesh and Blood is here to stay.


Flesh and Blood products are available now from our webstore. 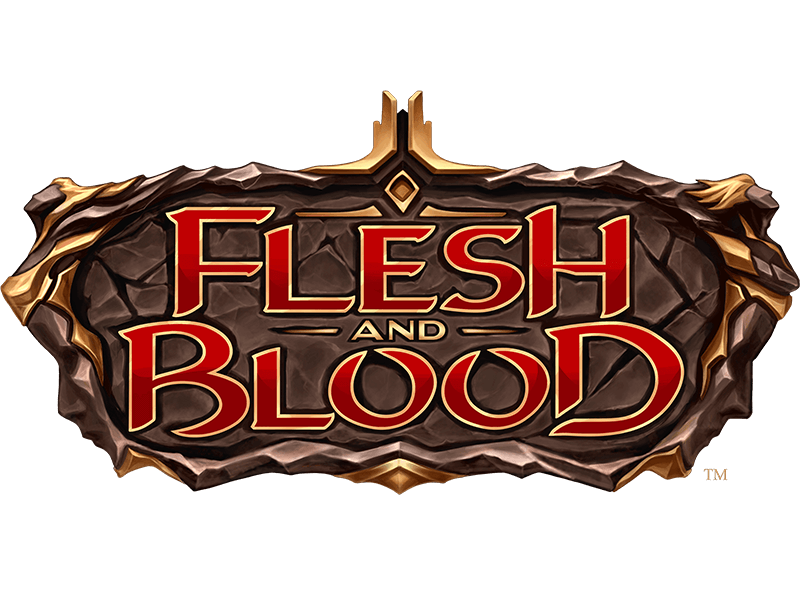