This month I return to Gamescape’s Staff Picks with another Living Card Game, Marvel Champions! For those unfamiliar with the structure, Living Card Games, or LCGs, have everything you need to play in a Core Box, with supplemental content released in smaller expansions at regular intervals. In this case, the Marvel Champions core box comes with five heroes, three villains, and plenty of other cards to mix and match between those decks. So far they have also released three additional heroes and two villain packs with more on the way.

In Marvel Champions, you and up to three other friends will join forces playing as the beloved heroes in the Marvel universe fighting back against an evil villain. For example, you can pilot the incredible Captain Marvel to success as she thwarts Rhino’s plans to steal a shipment of precious Vibranium!

As the Hero character, you will decide each turn how to approach the big bad, sometimes choosing to deliver a powerful blow to their formidable health tracker, other turns spending time building up your resources and upgrades while you recover your own health, or keeping the villain in check by removing their progress towards winning the game with their Scheme cards. The game utilizes a card-resource mechanic, requiring you to discard a number of cards to pay for the one you are playing, which, while sometimes frustrating, is very well balanced, making you seriously consider which choices to make each turn. 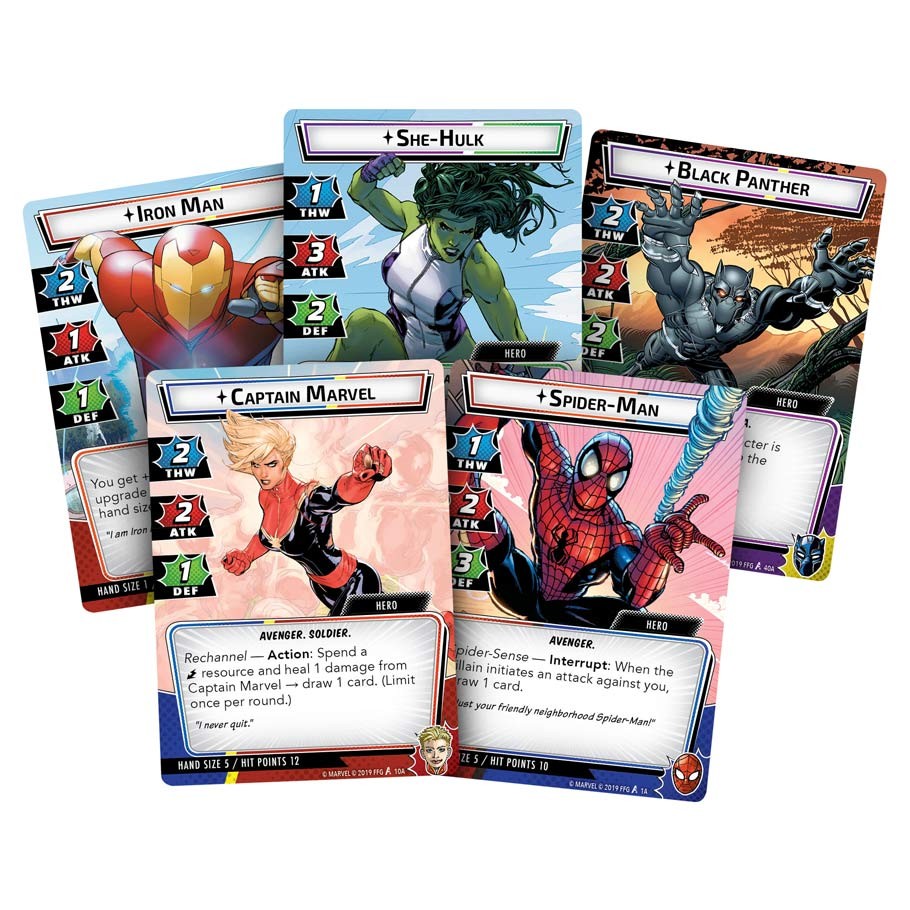 One of the unique parts of the game is the double-sided identity cards, one side of which has your Heroic identity, such as Spider-Man, while the other has his alter-ego Peter Parker. On your turn you can choose to flip your identity card once, which not only provides you with various options for card combos and unique abilities, but it also determines how the villain will respond to you! If you choose to stay a Hero, the villain will attack you dealing damage to your health. If you choose your alter-ego, which offers you the ability to heal, the villain instead gets to “Scheme,” which takes the form of counters on a plot card. If the villain amasses the specified number of counters, the villain wins! Likewise, if you lose all your health at any point, the villain also wins. Your only recourse is to take the villain down, reducing their hit points to zero. It quickly becomes a delicate balance of choosing when to activate which identity.

As with many cooperative games, Marvel Champions can be played solo, which I have been doing a lot lately with the Shelter-in-Place being what it is. While I had played a couple times before with some friends, I had not had the opportunity to really dive in and customize my experience. When setting up the game, not only are you choosing a Hero to play as, you are also choosing a “core” to compliment that hero, the options being Aggression (high damage output), Leadership (playing support to other Heroes), Justice (focusing on thwarting the villain’s Schemes), and Protection (which generally offers an interesting flex build? I haven’t used this one much). You also have some Standard cards to mix in as well, and each core has multiple copies of cards and numerous options. 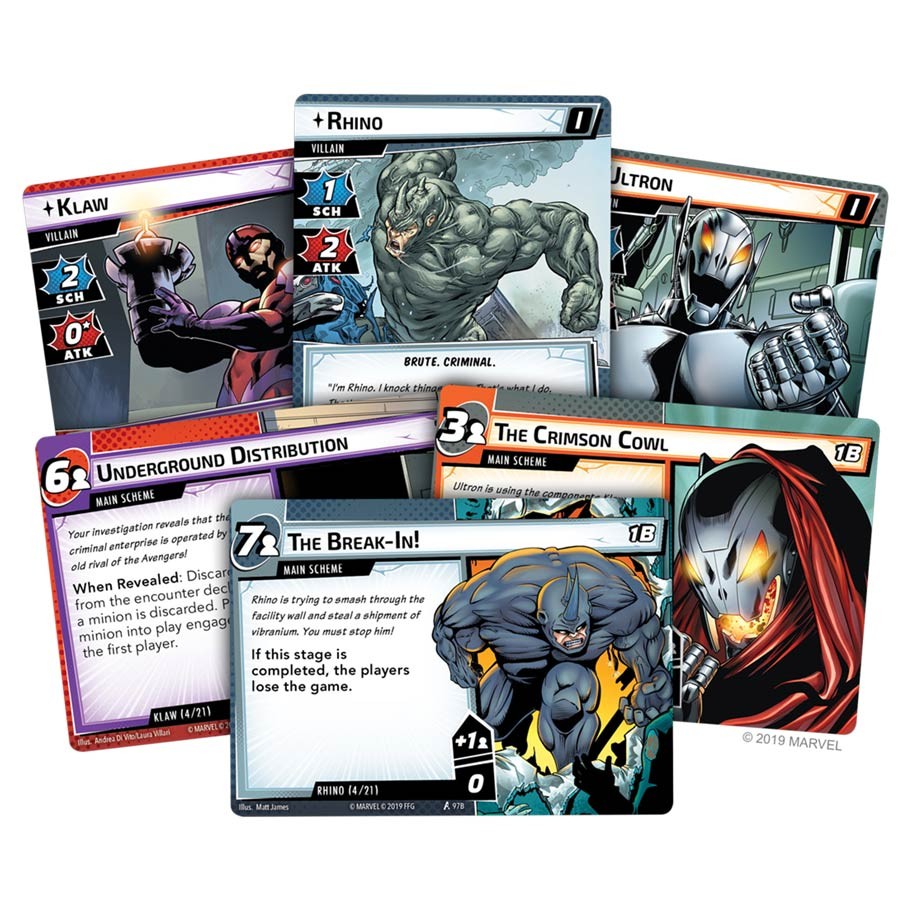 You also have numerous options for the villain deck as well, choosing a villain encounter, a supplemental side-villain or sub-plot, and again a handful of Standard cards. While not as customizable as the Hero deck, it is also not superfluous.

With this much customization, the combinations leave a dizzying amount of replay value, and that has been enormously welcome during this time at home. It is also a lot of fun figuring out how best to approach the villain when playing with others, and I greatly look forward to exploring this aspect again soon now that I have some ideas about deck builds.

When evaluating any game, be it a card game, board game, social game, or even video game, I always have an eye to how much meaningful decision-making the experience offers the player. This game delivers on that in spades. The deck building aspect is particularly enjoyable to me, as that choice-making comes into play well before the game even begins!

You can find Marvel Champions The Card Game on our web store.