Mass Transit is a fast-paced cooperative game designed by Chris Leder & Kevin Rodgers and published by Calliope Games. The game is about creating public transport routes for meeples to take from the City to their Homes. Gameplay revolves around placing cards to add routes, and playing them to move meeples, and drawing from a center deck of cards at the end of a turn.

Each player is dealt a hand of four cards that they can use to place as part of a transport route, or play to move a meeple along a route. The players are also required to play at least two cards, drawing up to four cards at the end of their turn. There are three modes of transportation - road, rail, and ferry. Each card has a specific logo that determines what mode of transport it can move when played.

As players are not allowed to communicate what they have in their hands, careful planning and maneuvering of the meeples must be done to achieve victory. The players lose once the center deck of cards is unable to be drawn from.

I find Mass Transit to be a very serviceable co-op game, suitable for beginning and advanced board gamers alike. It’s simple mechanics and win/lose conditions are easily explained, and placing transport routes to then play cards to move meeples across is a very satisfying experience. Overall, I find Mass Transit to be a simple, yet challenging game that is great at all player counts.

Mass Transit is available now from our webstore. 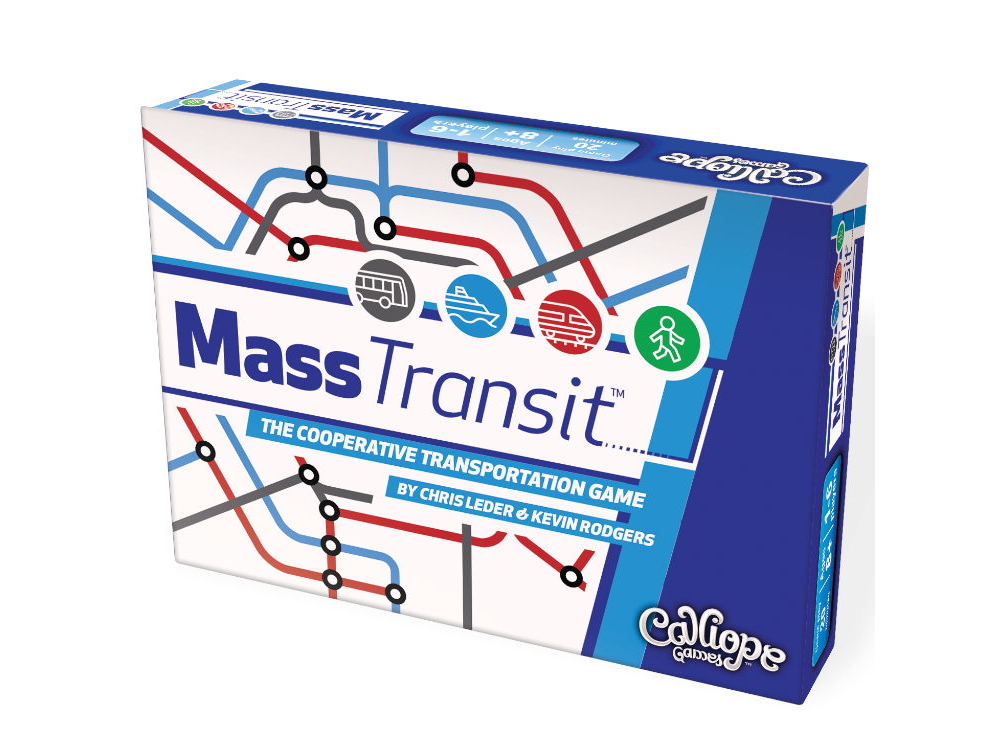