Last month, I reviewed a small card game named Coyote. It’s attractive packaging and small form factor aee what caught my eye, but the just plain simple bluffing game was loads of fun that I could squeeze into 10 minutes and only need 2 minutes to teach. With the fresh experience of Coyote in my mind, I wanted to try out the other two similiar titles from HeidelBÄR Games, Spicy and Anansi.

As you probably saw by clicking a link to get here, I chose Spicy for my game this month. Much like Coyote, Spicy is a bluffing card game where all the players are sometimes only half bluffing. 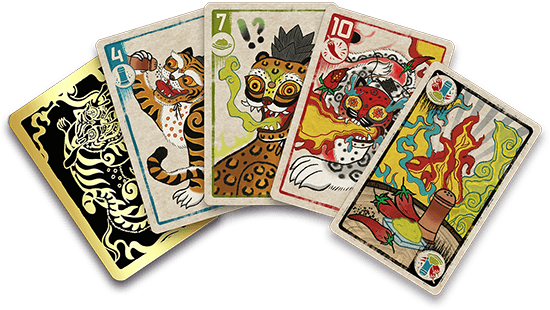 In Spicy, each player will have a hand of 6cards that they will be playing into a single stack with the other players. The first player will begin the stack by calling out a number from 1-3 and one of the game’s three spices (chili, wasabi, or pepper) and adding a card facedown. In clockwise order, players will follow up by adding another card facedown to the stack by announcing an ascending value of up to 10 of the same spice. Once 10 has been called, the next player must add a value of 1-3 of the same spice to stack and play continues. A player may always choose to pass on adding a card to the stack and draw a card from the deck. Whenever a player plays the last card from their hand, they must announce that they have done so and if they are not challenged or win a challenge, they will draw back up to 6 cards and gain one of the 10 point cards.

Since the game only has 3 copies of each given number for each spice and 10 wild cards, you would have to be quite lucky to have all the right cards all the time and that’s where challenging players comes in. Whenever you doubt the value or spice of a card played, you may challenge the most recently played card by calling either ‘wrong number’ or ‘wrong spice’. Play stops and the top card of the stack if flipped over, the challenge is won if either the number or spice do not match the challenged value and lost if they do match. The winner of the challenge will collect the stack of cards in front of them as points, while the loser of the challenge must draw two cards from the deck. Then play continues with the loser of the challenge starting a new stack.

The game ends when either one player collects 2 of the 3 10 point cards, all 3 of the 10 point cards have been collected, or if you reach the World’s End card that will be inserted near the bottom of the deck. If a player ends the game by collecting 2 10 point cards, they instantly win. Otherwise, the player who has collected the most points wins.

As I stated earlier, I had played Coyote before Spicy and had high expectations for Spicy. Fortunately, my expectations were satisfyingly met and then some. With the game having two traits to bluff with, I often found myself getting caught or failing challenges by not being able to catch the wrong trait of a played card, which would always end with my game group bursting out in laughter. And thanks to Jimin Kim’s beautifully illustrated art and the variety in play variants provided in the game, Spicy is sure to spice up any game night.

Spicy is available now from our webstore. 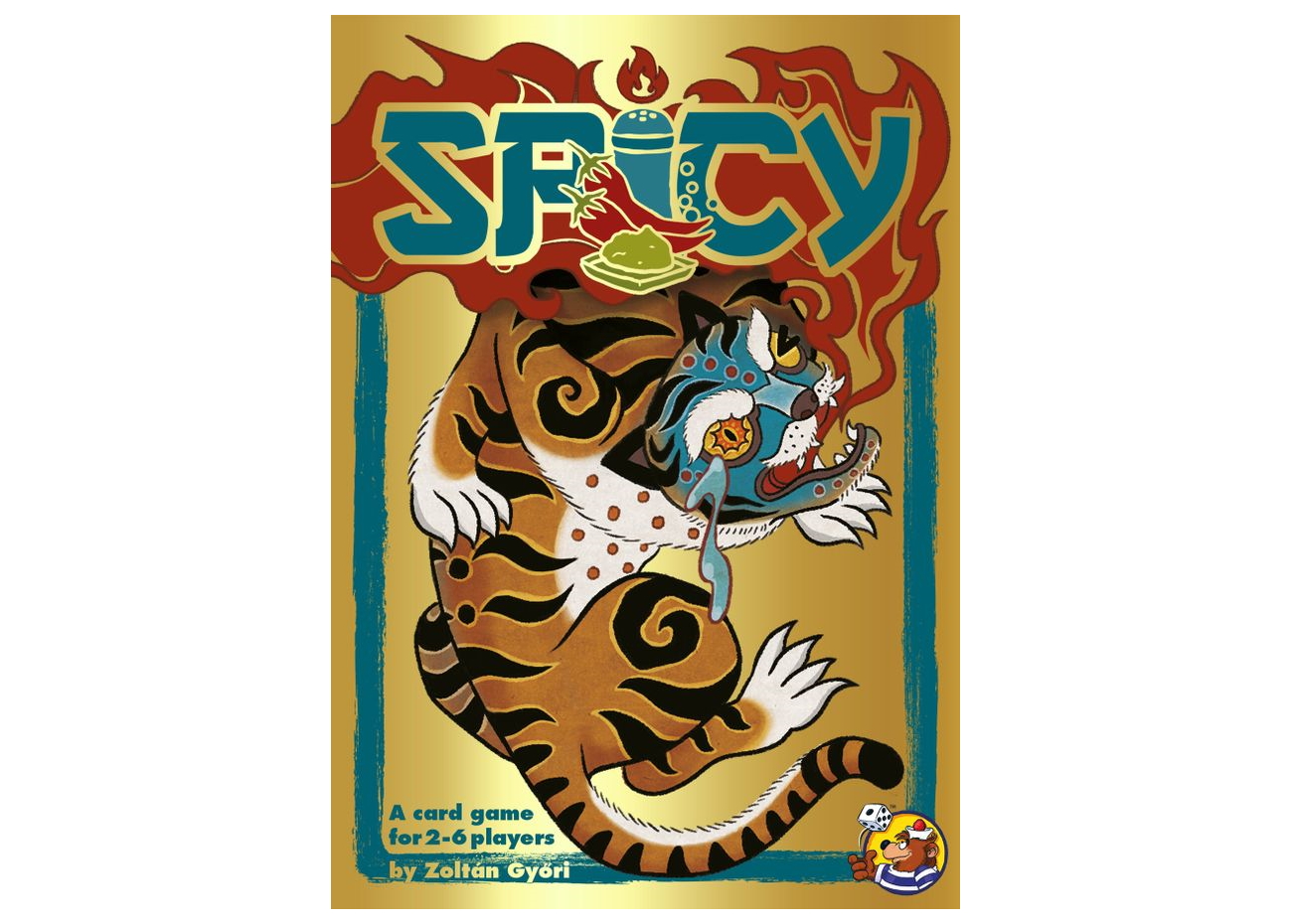