Stylish sci-fi metal miniatures, a flexible order system, and the core rulebook as an optional purchase!
Infinity is a hobby miniatures game set at the end of the 22nd Century. The game has 3 turns where each player will have an active turn while the opponent will have a reactive turn. In the active turn (most) of your units will generate an order. An order does not need to be spent by the unit that produced it, allowing you to keep a unit in a good position and use the value of its actions elsewhere. An action will include short (half) and long (full) skills, and do all the moving, shooting, attack in close combat, button pushing, and hacking you may want to do in addition to various other skills. In the reactive turn if your model sees an enemy performing an action it can take an Automatic Reaction Order or ARO, allowing you to dodge out of the way of an incoming attack or take a shot back at your attacker in a face to face roll.
Infinity's novel dice system uses twenty-sided dice. In most cases your relevant attribute (such as Ballistic Skill) will be a number you must roll equal to or under your attribute after any relevant modifiers. There are a couple of situations like armor saves where you need a value that is equal or higher. The most exciting game situations are face to face rolls, where while a success is anything lower than your target number a higher roll from your opponent will cover it and a cancel those lower rolls.
There are several flavorful factions in the game's setting with a few subfactions apiece. PanOceania is the leading power in the Human Sphere (the collection of 12 planets occupied by humans), the hyperpower controlling more territory than any other faction. Yu Jing, a new political structure around Chinese hegemony in the far east, the StateEmpire seeks to take the role as the most powerful in the human sphere. Ariadna, the lost colony, is a relative technological backwater settled by Cossack, American, Scottish, and French people who spent many decades isolated from the rest of humanity. The Nomads live in gigantic ships, traveling through the whole human sphere, a collection of outcasts, idealists, and black market criminals. HaqqIslam, the new islam is made of traders and have cutting edge medical technology. The Combined Army is a collection of different aliens, all led by a powerful AI known as the EI (evolved intelligence) seeking the secret to transcending the physical world and have invaded the Human Sphere in their quest. The O-12 is the space UN, with it's own elite peacekeeping forces. The NA2 or Non-Aligned Armies is not a faction but rather an umbrella for various mercenary groups, the Japanese Secessionists who broke away from Yu Jing, and remnants of another alien group, the Tohaa, who oppose the EI.
You can find the full rules to Infinity in an online wiki maintained by the publisher, Corvus Belli.  You can find our current selection of Infinity models here or on our shelves with our miniatures games. 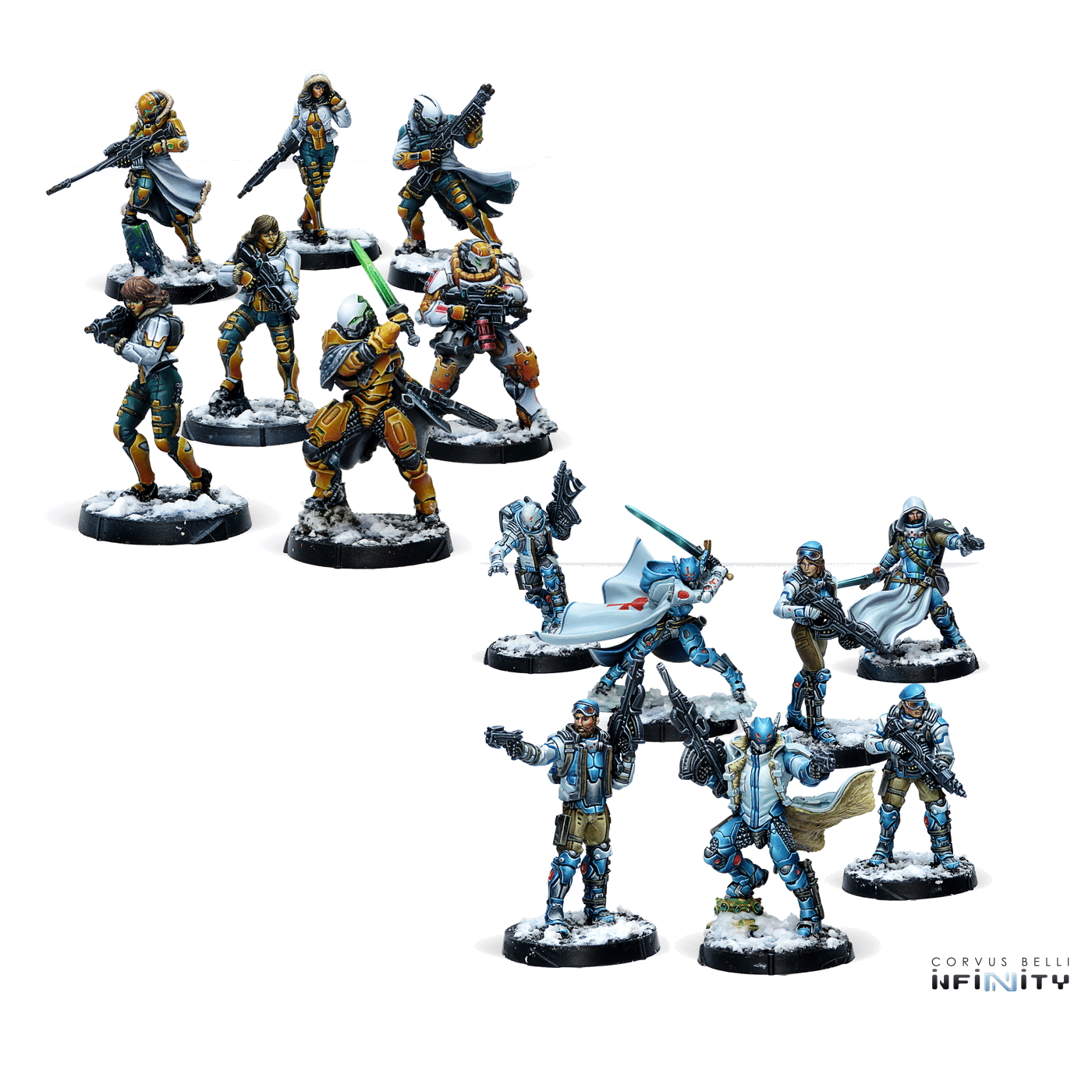 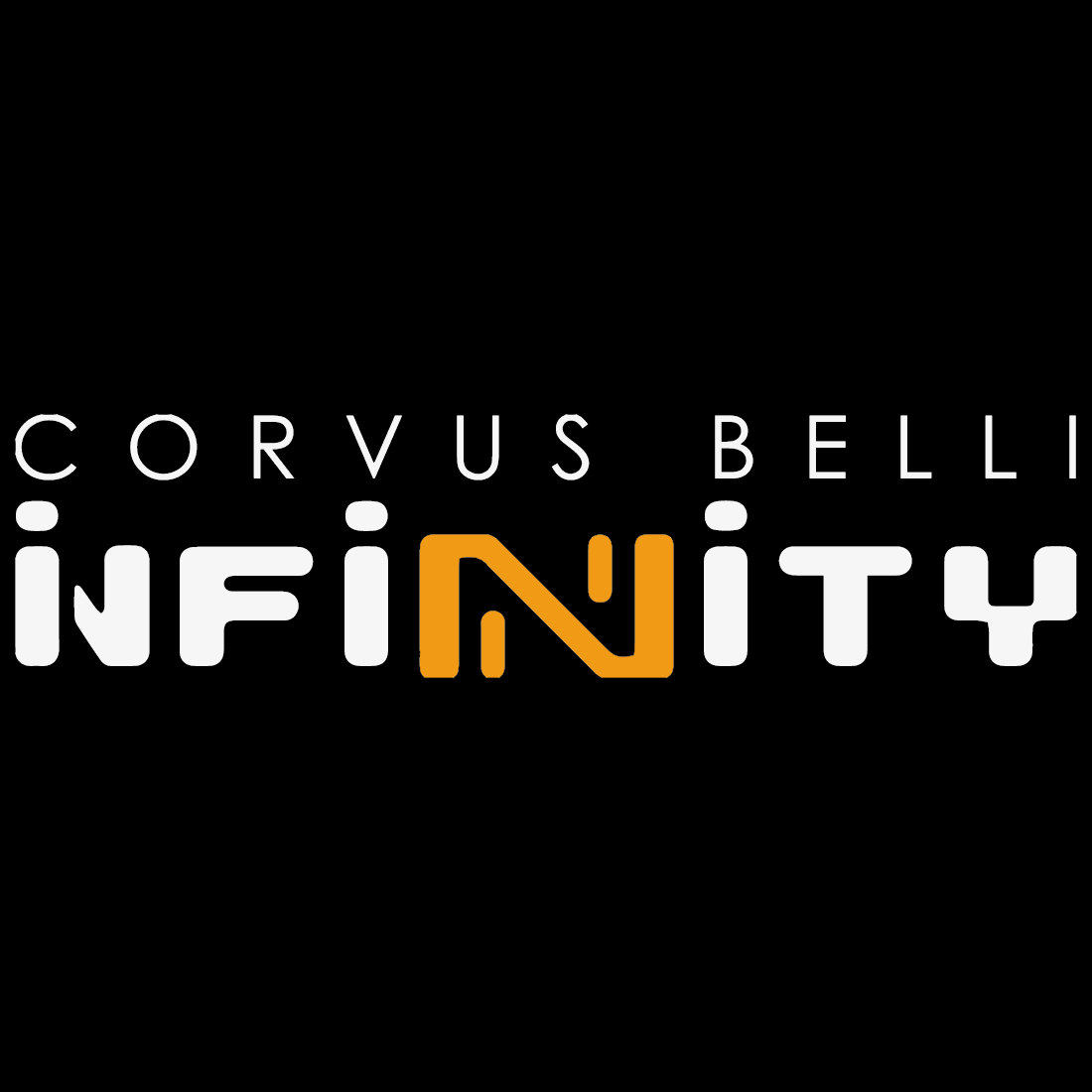