Cortex Prime is a setting agnostic RPG by Cam Banks. It is the most recent iteration of the Cortex system that was started in 2005 for the Serentity RPG and has undergone many iterations since. Cortex Prime's main mechanic is using dice pools to determine whether you succeed at the actions you take.

At its core, Cortex Prime is a very simple system. The most basic version has you play a character with a single trait. When you attempt to do something, you roll a group of dice, called a dice pool, that, in the simplest version, is a number of d6s. If your trait helps you with the attempt, you roll 3d6. Otherwise, you roll 2d6. You roll against the GM's roll which is between 1d6 and 3d6 depending on how easy or difficult they think the task is. Both you and the GM total up your two best dice and whoever has the highest total wins the roll. Beyond that, the GM can give you Plot Points when you roll a 1 on one of your dice and make complications in the scene and you can use Plot Points later to get additional dice rolls.

The stepped up version of Cortex Prime uses different sizes of dice (d4s, d6s, d8s, d10s and d12s) and will have you build your dice pool from the various traits and special effects (SFX) that your character has, where you'll probably be rolling at least 4 dice in any given action. You also choose one of your unused dice (that wasn't a 1) as an effect die that determines how powerful the effect is based on the size of the die, not the result of the roll. There is also a concept of stepping up and down dice, where you can step up a die to the die one larger and step down to a die one smaller. Beyond the use of different dice, Cortex Prime also has lots of mods that you can use for any given game, such as the Doom Pool mod that the GM uses on all opposition rolls that changes as the scene changes or the Stress mod that makes it so you or the GM use effect dice as damage, taking a character out of the scene when their stress is a high enough effect die.

I really like the dice pool system that Cortex uses. There are often a lot of things you have to consider when you take an action. For example, if I was playing a game based on the Disney+ Hawkeye show as Kate Bishop and I wanted to fight off a bunch of the Tracksuit Mafia, I'd probably build my dice pool as follows: I'd get a d10 for by Buddy Affiliation as I am only with Clint as an ally, get a d8 for my Dangerous Protege Distinction, a d8 for the Bow and Arrows Weapon Power Set with additional d6s from Area Attack for each of the Tracksuits beyond the first I'm targeting (let's say 3), a d8 for the Hawkeye-In-Training Enhanced Reflexes Power Set, plus a d8 for the Combat Expert Specialty. As such, I'd have 3d6, 4d8 and a d10 that I'm rolling, getting to keep 4 of the dice as effect dice to hit multiple enemies thanks to Area Attack. Cortex scratches an itch that is normally reserved for games like Warhammer 40K, where you get to roll a whole bunch of dice at once. While I do appreciate the tidy precision of rolling only one or two dice from games like D&D or PbtA, there's an animal instinct of "more dice more better" that Cortex has that I love it for.

While I do love Cortex Prime, it's not without its issues. The main one is an issue that arises because of its versatility. Because there are so many options, running a game can require looking through all the different mods you can use with the game and picking which ones you like most. This also means keeping track of the various mods in play at any given time, which either requires flipping through the book a lot or copying the info from the mods to one location. Additionally Cortex is setting-agnostic which allows you to use Cortex for any setting you want, from fantasy to sci-fi to modern, but it also means you probably will have to come up with a lot of the setting on your own as a GM. 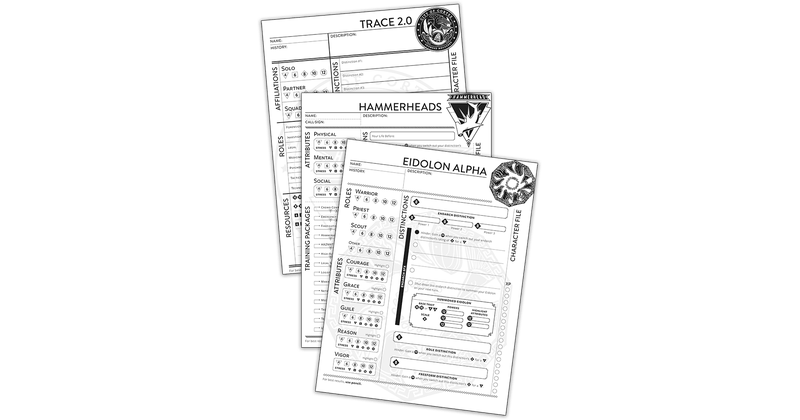 The book does come with a few settings you can use: Eidolon Alpha, a Greek mythology inspired setting; Hammerheads, a high tech setting based around saving people from disasters and less about fighting people; and TRACE 2.0, a police procedural themed setting. Each of the settings does try and focus on different aspects that Cortex can be used for, with Hammerheads being able to focus on fighting the environment instead of an enemy and Trace being designed around individual scenes. While the settings are fine and a good way to start Cortex, they feel more like ways to test the system than full environments all their own. Still, they do give you a way to start if you want to try something that doesn't require you making your own hodgepodge of Cortex rules.
If you want to play a fun dice-pool based RPG with opposed rolls as the main mechanic and a lot of flexibility from different mods, I recommend Cortex Prime.
Cortex Prime is available now from our webstore. 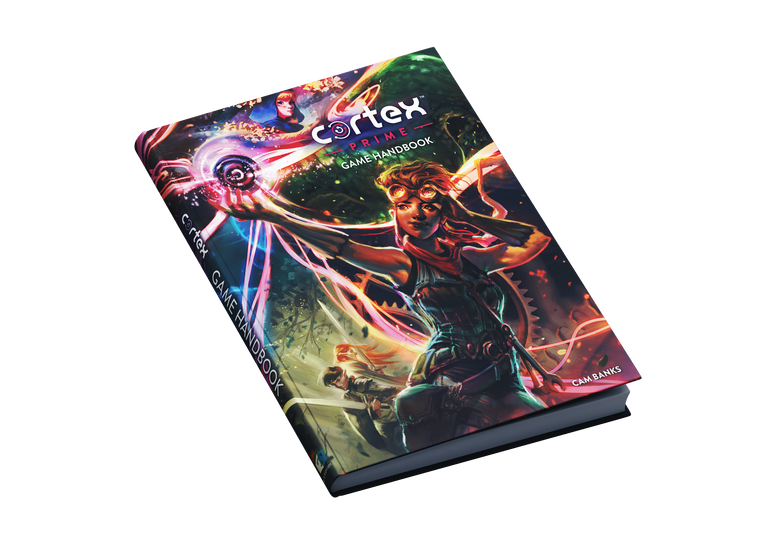