In 2013, Magic: The Gathering visited the plane of Theros, a Greek-themed world that had many mythological tropes. It spun a rich story of heroes overcoming great trials and challenges, monsters that would plague the land, and the gods whose self interest caused tragedies among the mortals. Magic: The Gathering would return to Theros in 2019 with Theros Beyond Death, a set detailing the saga of fan-favorite planeswalker Elsepth, and how she overcame death itself to defeat a petty god.

With such spectacular world building, a fan base hungry for more lore, and the success of the previously released Guildmaster’s Guide to Ravnica, it comes as no surprise that Dungeons & Dragons is revisiting Magic: The Gathering this July with another crossover - Mythic Odysseys of Theros!

With the early digital release over DnD Beyond, the Dungeons & Dragons online platform, I’ve had a chance to go over the book and play a game earlier last month, and I am thoroughly enjoying every chapter of the book. As a fan of Magic: The Gathering, I was already invested in the lore of Theros, but to have it expanded with so much content and depth, it creates a setting that I am truly excited for. And as a fan of Dungeons and Dragons, the setting presents the players as heroes with a destiny, granting them supernatural gifts from level 1 and rewarding them for their heroic acts with divine powers from the gods.

With the rich history of Greek mythology as its base, mixed with a touch of the Magic: The Gathering world, Mythic Odysseys of Theros presents itself as a setting suitable for new and experienced players to create their own legendary journeys in Dungeons & Dragons. As a bonus, you'll be able to introduce your Magic: The Gathering friends into the world of rolepalying with ease.

Mythic Odysseys of Theros will be released on July 21st and is available for preorder in both the regular and alternate cover on our web store. Preorders will receive a 50% coupon for the digital version on DnD Beyond and dry-erasable double-sided maps for the key areas of the book while supplies last. 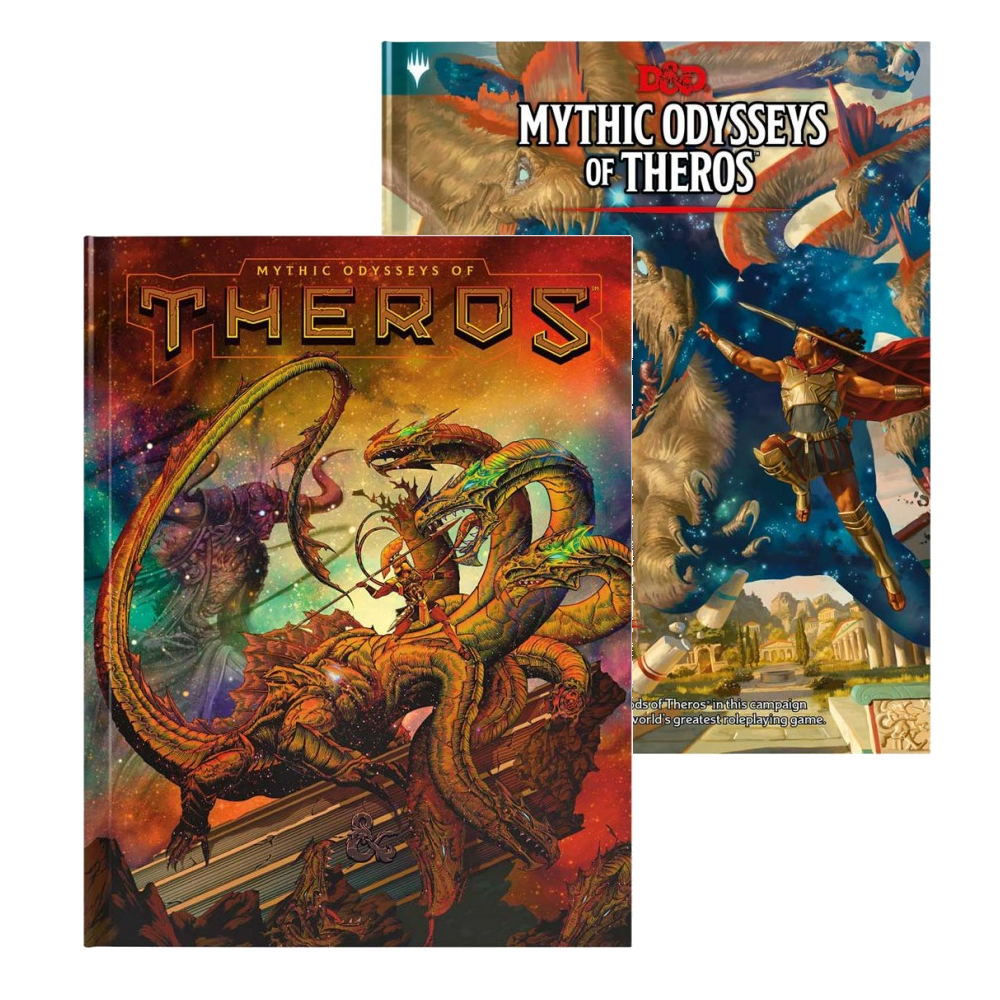