Dresden Files Accelerated is an urban fantasy RPG from Evil Hat Productions. It is set in the universe of the Dresden Files novels and is a smaller, more introductory version of the full Dresden Files RPG and, like its predecessor, uses Evil Hat's Fate system of character based actions with Fudge dice. 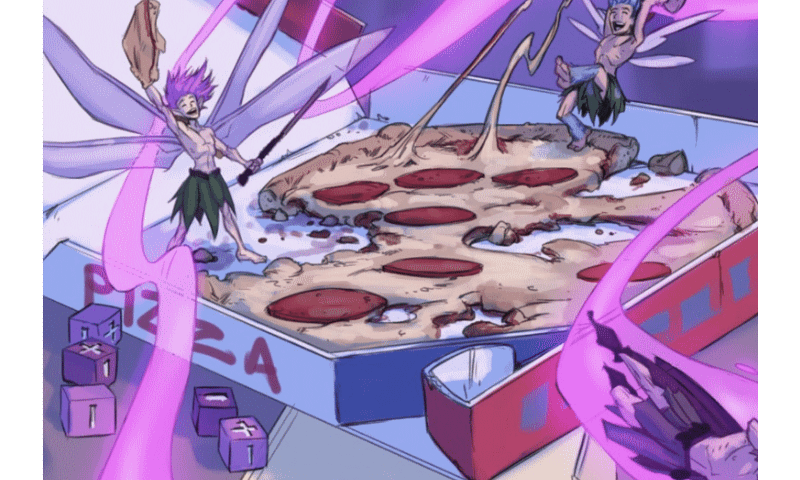 As mentioned, Dresden Files Accelerated uses the Fate system for its roleplaying. Characters in Dresden Files Accelerated have approaches which are descriptions of how characters approach tasks using Flair, Force, Haste, Focus, Guile or Intellect. When taking an action that has opposition to its completion, you determine what approach you are using and which of the four actions you are trying to take: Creating an Advantage, Overcoming, Attacking or Defending. Then you roll 4 Fudge dice and apply any additional helpful features, such as Stunts or Aspects and determine whether or not you succeed. Fudge dice, the dice you roll with the Fate system, are 6-sided dice with 2 blank sides, 2 negative sides and 2 positive sides. With Dresden Files Accelerated and Fate in general, dice rolls are more about giving some unpredictability to actions. Actions are most likely to be within -1 to +1 of what the action would be without dice rolls, with the most likely single outcome being a neutral outcome. You'll have a number you are trying to beat, either a number generated by the GM on their own or an opposed roll rolled by the GM. If you beat the opponent's number, you succeed with greater success for getting 3 or more than the opponent. If you tie the opponent's number, you have a partial success. If your opponent has a higher number, you fail or succeed at great cost. 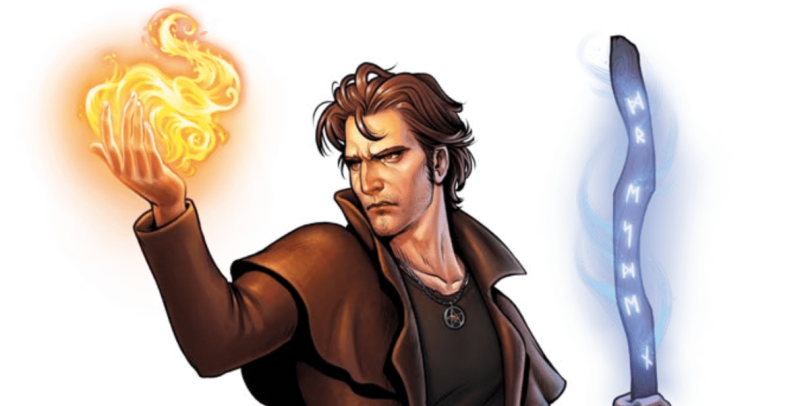 Now what makes Dresden Files Accelerated different from the Dresden Files RPG core books? Well, as indicated by the name, it's an accelerated version of the rules. The original Dresden Files RPG came out when Fate was a system that didn't have a generic book. After the Dresden File RPG came out, Evil Hat decided to make a generic Fate book with Fate Core, as well as a bunch of smaller supplemental materials that work well with Fate Core. As nice as Fate Core is, they also decided to make a simplified version to get people into games quickly, Fate Accelerated, which is a small 50 page introduction to Fate. While Dresden Files Accelerated is closer to 250 than 50, the original books (one with rules, one with the setting) are closer to 500 total pages and much larger pages at that, so a 250 page book is actually a more accelerated version of the original. In addition, the rules a player need are only about 100 pages from Dresden Accelerated with the rest of the book being the setting, some GM specific advice and an introductory adventure.

Okay, so the biggest questions are going to come down to the setting. While there are non-licensed, more general urban fantasy RPGs like Urban Shadows or Mage the Ascension, Dresden Files Accelerated is set in the world of the Dresden Files. First, is it something you can enjoy even if you're not in the know on the Dresden Files? And to that, I think that it works well enough at teaching the setting to not require knowledge in advance of picking up the book. In fact, the first 3 chapters are dedicated to the setting; some of the important factions, people, locations and magic rules from the setting are explained. 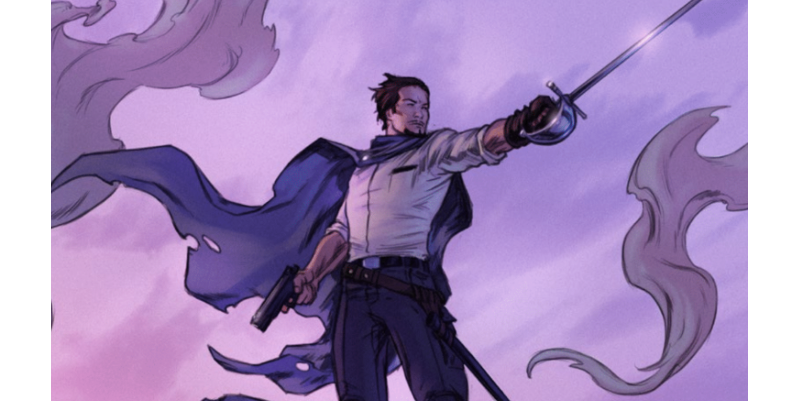 Second, if you do like the Dresden Files, how good is it at adapting the setting to an RPG? Unfortunately, that is a complicated question. I'd say it is pretty good at generally exploring the world, with pretty good explanations of how you can do most things in the series, but is limited by the events of the book being extraordinary. The game breaks the supernatural into a 5 level scale, Mundane, Supernatural, Otherworldly, Legendary and Godlike from lowest to highest. There's a lot of content for the lower levels, with a lot of mantles (basically character classes) that are Pure Mortal, which would feature more into the Mundane, with some more supernatural mantles, like spellcasters at the Supernatural level and Knights of the Cross at Otherworldly. Because the books star an incredibly powerful wizard and only feature more and more powerful enemies and allies as the books progress, the world as told just by the adventures from the books starts at Otherworldly and only goes bigger. So, while I think it does a good job at featuring more reasonable characters in the world of the Dresden Files, it's going to be trickier to adapt the books outright as they generally are much higher power levels than adventures you might play with Dresden Files Accelerated.

One thing that I like about the book that carries over from the regular Dresden Files RPG is the tone. The original books are written as in-universe books that detail the world they live in adapted to an RPG setting. They feature comments on sticky notes written by the Alphas and Harry himself. Dresden Files Accelerated does the same thing by presenting itself as a book written by the Archive with some notes by Kincaid that is made to run practice scenarios for surviving the world. As such, the rules themselves have a little bit of a sense of humor and give you some fun asides. For example, when detailing the Law Enforcement mantle, there's a note from Kincaid saying that a Law Enforcement character would normally have 1 or 2 of the additional Stunts, but Karrin Murphy has all of them to some degree, at which point the Archive states that she is not the average cop, which Kincaid agrees with, saying she is not the average anything.

Fate's randomness mechanic, its Fudge dice, make for a game with rolls different to games like Dungeons & Dragons. This isn't something that's outright negative or positive, but is more down to personal preference. While it is much harder to fail a task that you should have no problem succeeding at, it is also much harder to do something beyond your status. While you're pretty likely to succeed on anything that you attempt that has a difficulty at your bonus or less, anything higher will probably require a lot of luck or Stunts that help in that specific situation. Over 60% of rolls with Fudge dice are values between -1 to +1, so like Powered by the Apocalypse games, rolls aren't evenly distributed, but have closer to the mathematical normal distribution. Personally, I like a bit more randomness than what Fate has to offer in games I play, but that's more personal preference than a benefit or flaw of the system.
If you want an urban fantasy RPG or a Dresden Files RPG more specifically, then Dresden Files Accelerated is a great way to get playing without too much effort.
Dresden Files Accelerated is available now from our webstore. 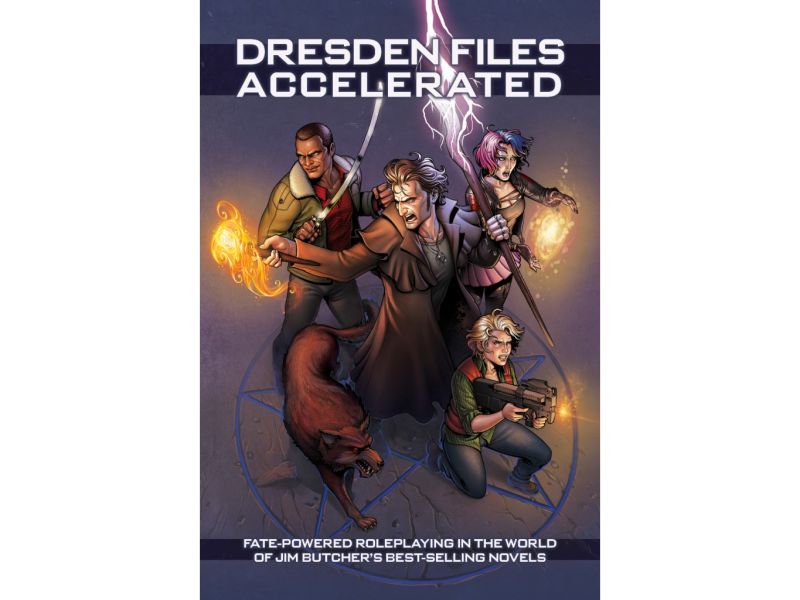