Dungeon World is a fantasy RPG by Sage LaTorra and Adam Koebel. It is an RPG that is Powered by the Apocalypse, utilizing the elements from that system to create a Dungeons & Dragons inspired game. In it, you will play as a group of adventurers going through a world created as much by the players as by the GM.

Dungeon World, as mentioned, uses the Powered by the Apocalypse RPG system. In a Powered by the Apocalypse (PbtA) game, you have Playbooks that are unique for each character; Dungeon World's Playbooks are character Classes. As opposed to D&D which has a generic character sheet that you fill out with information you learn from the Player's Handbook, Dungeon World's Playbooks do not require a book to fill out. Instead, you make your choices from the options on the sheet. You can see the character sheets on Dungeon World's Download page here. All actions that have a chance of failure are resolved by making a move. There are generic ones that you can see on the Reference Sheet from the Download page as well as moves that are unique to each character Class. When you make a move in a PbtA game, you roll two d6 and add a stat bonus that is listed on the move. If you roll a 6 or less, you fail the roll. If you roll a 7-9, you have a partial success where you succeed with a detriment or fail without a negative consequence. If you roll a 10+, you have a full success where you succeed without repercussions. With Dungeon World, the only time you roll anything other than two d6 is when rolling damage with each character having a die for their damage although most PbtA games will not have any other dice involved.
My review compares Dungeon World to D&D a lot. This isn't just because Dungeon World is a D&D game that uses a different system, but because when talking about RPGs, the easiest comparison is the game that everybody knows. 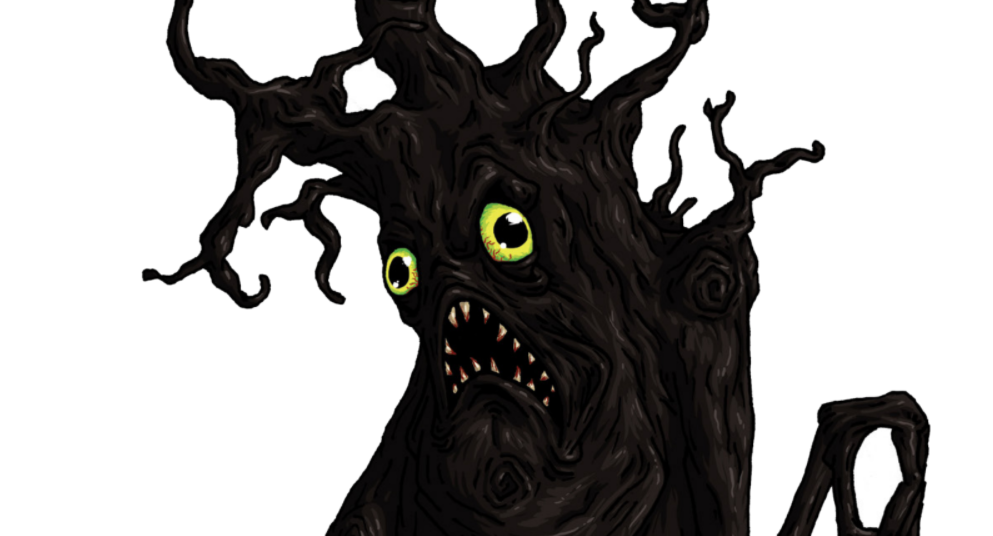 While Dungeon World definitely has influences from D&D in its set-up (Classes, races, stats and enemies all resemble similar D&D iterations), the way it utilizes them with the PbtA system makes it the RPG that I've played more than any other. PbtA games are notable for being very rules light and more focused on storytelling. As such, it is much easier to start a game of Dungeon World than D&D. Creating a character in D&D requires a lot of flipping around the Player's Handbook (PHB) and any other books you might be using, writing down all the information for your character, from species specifics or class specifics, as well as alignment, ideals, bonds, flaws, background and equipment. To create my Prismari Orc Monk for a Strixhaven game, it took me over an hour, going from the PHB for what info I needed to Volo's Guide to Monsters for the Orc species to the Strixhaven book for the Prismari Student background and then through the PHB for the Monk Class, to a different section to figure out stats, then to another section for what equipment I used and to yet another for what personality traits she had, as well as to the spell section to get spells because the Prismari background gives you spells even if you're not a spellcaster. In Dunegon World, your Playbook is two sheets (or one double-sided) that will have all the info you need on it. You just follow the instructions on it and don't need to go back and forth in the Dungeon World book to figure out your character. 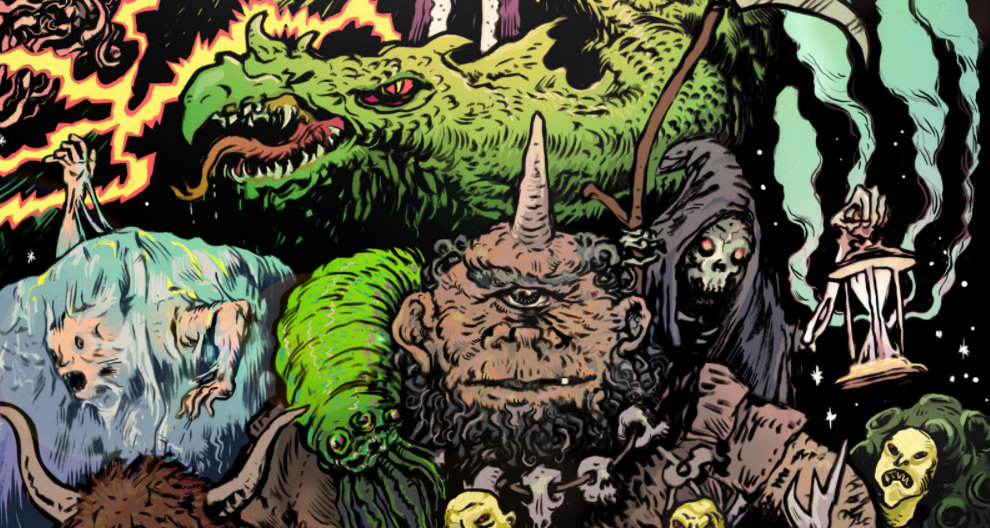 Another thing that Dungeon World does is define the world very lightly so that the players help define it as the adventure commences. For example, a game I played had our characters all in one location as a sea giant headed towards us. The GM asked us to describe what a sea giant was and so the players got very creative and described large humanoid creatures that resembled sharks. They also had shark-like attributes like being attracted to the scent of blood and being unable to stop moving. Instead of stopping there, we also gave them sharp coral armor and had them utilize blood magic as well as had them be the masters of a triton-like race. Our GM then reminded us that one of these was coming towards us which made us quickly add in that they are generally friendly towards surface dwellers. With an experienced group that is really open to role-playing and less focused on trying to min-max and make the most effective party possible, Dungeon World is much more open by default than D&D.

Unlike D&D, which has more books than almost any other RPG, Dungeon World is one single book. While there aren't additional books that have adventures ready to go, there are a lot of fan-made adventures available on the internet that function more as introductory guides than a full D&D style adventure. There are also a lot of fan-made Playbooks that add in far more than the eight from the rulebook, including some more out-there characters like The Cult Leader or The All-Powerful. Even without those though, Dungeon World is made for creating your own adventures with the rulebook giving you info on lots of generic monsters you can have or even how you can make your own, as well as basics for world building.
If you're looking to have a fantasy RPG experience that is more story focused than rules focused, I highly recommend Dungeon World as a great system that is light enough to not let the rules get in the way of the story while still having more rules than fully improv-based RPGs without dice (or a randomness equivalent).
Dungeon World is available now from our webstore. 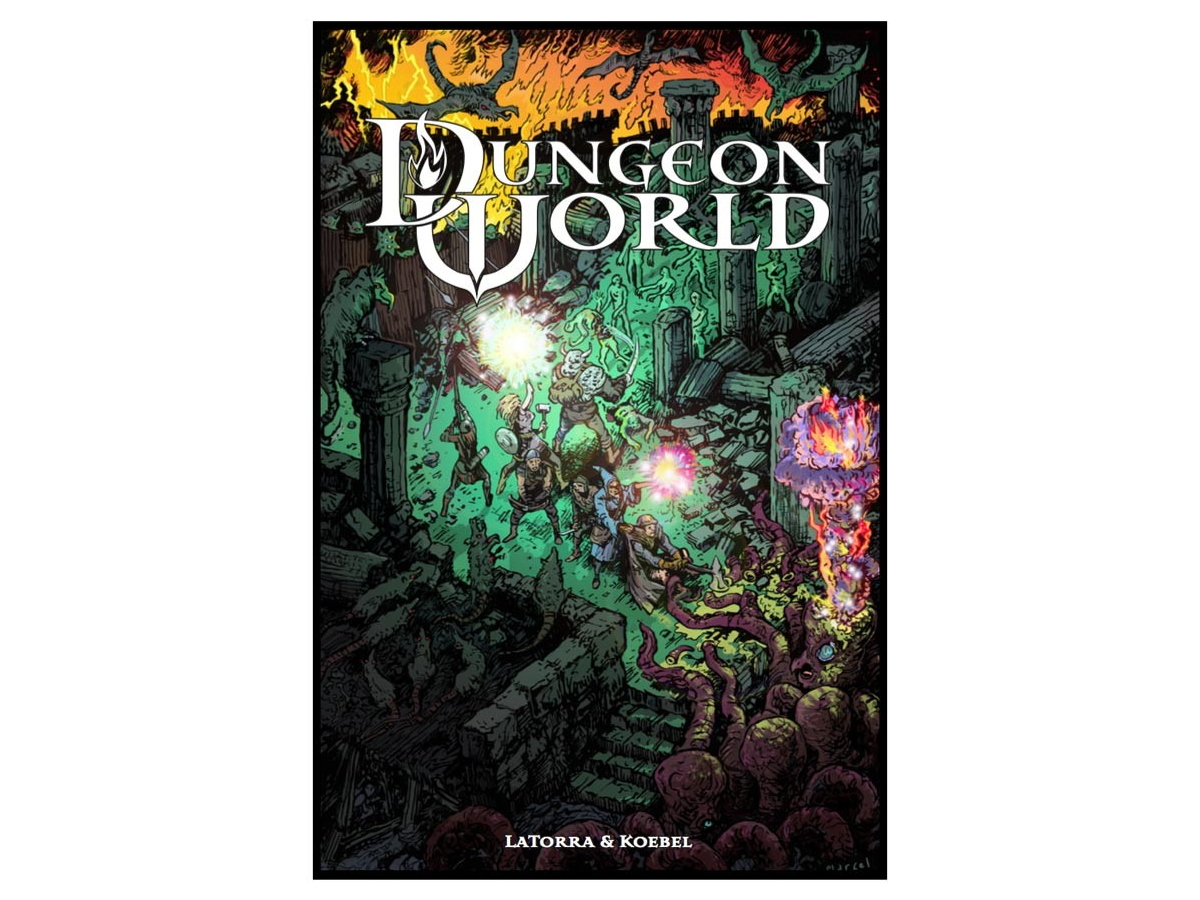