What is this stylized box of miniatures? In short, Epic Encounters is a line of campaign-in-a-box products published by Steamforged Games, intended for use with the Dungeons and Dragons 5th Edition role playing game. First, let’s take a look at the components:

• 20 Detailed Miniatures
• 1 Double-sided Map
• 1 Adventure Booklet
○ Which includes Stats for the “Monsters,” and;
○ tips for running the game.

The miniatures in this box are SO great. The plastic is very durable, the details is high quality, and the mould lines are negligible. For the price of the box, this is already worth the investment. The Hall of the Orc King gives you such a variety of sculpts in dynamic poses that you’ll likely never need to buy another Orc again. (If you’re into minis like I am, you will anyway, but you won’t need to. But I digress.) You not only get the typical hench-Orcs carrying spears, swords, and bows, but you also get the bigger, meaner warriors with flails, cleavers, and studded beer mugs! The show-stopper for me are the four (4!) copies of the archers on POLAR BEARS. ARMOURED POLAR BEARS. And then there is also the Orc King and his Sorcerer, which are neat, but they aren’t riding bears.

The map image is high resolution with some nice illustration and digital renders. It’s the perfect backdrop to set the tone yet ensures that the miniatures are what shine on the table, especially if you’re playing with painted minis. The paper stock is pretty thick, so I am not worried about it tearing while I am folding and unfolding between sessions.

And then there is the booklet. Also good quality with a fine, glossy finish, this contains everything you need to run your players through a deadly encounter. The actual “adventure” text itself is something in the range of nine pages. It may not sound like a lot, but it is rich content and is quite well written. It’ll explain how the enemies behave and how to handle additional elements, like how characters knocked prone will slide ten feet along the frozen ground towards the edge of the map, for instance. It also contains numerous tables to roll on for things like weather and improvised weapons to offer variety to the encounter each time you run it. What is really impressive and helpful is the preamble, which contains a nice story to set the mood written in second person, and, more importantly, a handful of really good hooks to act as a lead-in to the adventure. These are brilliant, as they not only set up the story as a jumping off point, but provide solid options for tying this boxed set into an existing campaign.

After the story elements you’ll find stat blocks, and then a couple pages of credits and a License Agreement.

All together, this is a tremendous value. Each box will serve as a fun one-shot, or potentially a two-shot depending on how you run the group. The boxed sets also have a Part 1 and Part 2 in the event that you wish to continue the quest. After the Hall of the Orc King, for example, you can pick up the Caverns of the Frost Giant box to use as a finale to this adventure!

I highly recommend this product to anyone who enjoys RPGs. It is a fantastic set for a first time Game Master, just as much as it adds value to an ongoing adventure as a one- or two-session break from an intense story arch. The Hall of the Orc King slots easily into the snowy tundras in Icewind Dale, for example, or can take place on a remote mountainside in any other setting you can think of.

I hope you will enjoy these boxes as much as I do! Happy gaming.

Epic Encounters: Halls of the Orc King is available now from our webstore. 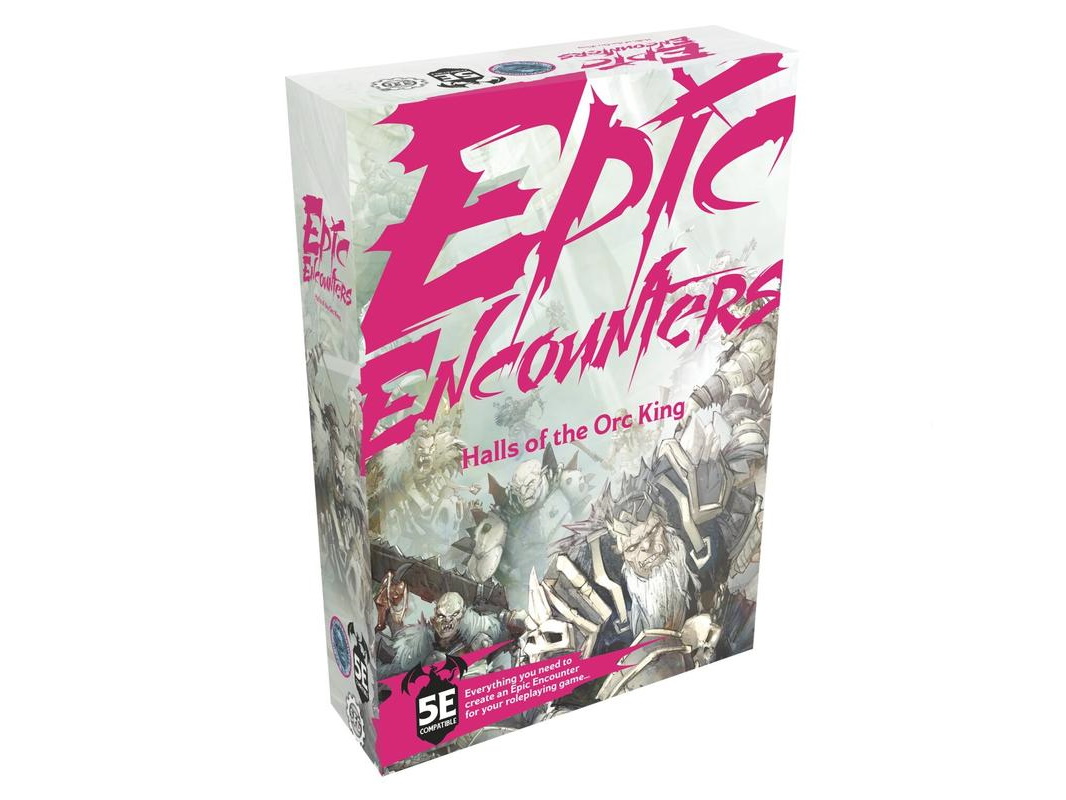