Galaxies in Peril is a superhero themed RPG from Samjoko Publishing. It is both a sequel to Worlds in Peril, a superhero themed Powered by the Apocalypse RPG Samjoko previously published, as well as its own standalone Forged in the Dark RPG. In it, you play a team of superheroes trying to help out a world plagued by the recent emergence of superpowers.

Forged in the Dark is a system first used in Blades in the Dark that has you rolling a pool of d6s in order to take actions. The better you are at the action you're taking, the more d6s you get to roll. If your highest die is a 6, you get a full success; if your highest is a 4 or 5, you get a partial success; if your highest is a 1, 2 or 3, then things go badly. During a session, you'll take part in different activities. While you'll often start with some free play, if there's an important task to take care of, you can go on a mission. A mission is a more structured part of a session where you will attempt to either take a job, go on an expedition or shake-up the current status quo. While you determine a goal and basic plan ahead of time, instead of doing meticulous planning before going on the mission, you start the mission and can invoke flashbacks if there is a part of the mission you feel like you would have planned for if you had done more reconnasiance. After the mission, there is downtime where you recover and take part in downtime activities.

FitD as a system will often have you create your group like another character and Galaxies in Peril is no exception. The book actually calls for you to start out by creating your team and building your character afterwards, but you can build your character first if you want. Like with PbtA games, FitD games use playbooks that have all the information on them instead of being complete blank slates. Your team in Galaxies in Peril also has a playbook, being one of three different team types, Detectives, Explorers or Rebels. Each of the teams has different objectives and is more likely to go on different type of missions. Creating a character involves picking a playbook like the Agent, Leader or Vigilante, as well as filling out a Powers sheet with whatever superpowers you want. Like they did with Worlds in Peril, you also choose 3 abilities related to your powers, one that is easy for you to use, one that is harder and one that is incredibly difficult. Superpowers in Galaxies in Peril are more story-based than rules-based. The book does have a paragraph about trying to implement a Superman-like character into your game, mentioning that your rolls won't be better because you have more powers, but it might be more annoying for the GM to try and make consequences for you.
Something that FitD also has are clocks. While the general concept isn't new, FitD games feature them much more prominently than most games I've played and features them for the players instead of just for the GM. As things progress in the game, the GM might have a few different clocks of varying lengths. When complications arise, one option for the GM is to tick down a few segments of a clock. Once a clock is full, then the consequences of the clock take place. For example, if you're trying to break into a facility, there might be a clock for "Alarm" and once it's filled, then the facility alarm goes off. With Galaxies in Peril, you also have a couple downtime clocks on your character sheet, which represent things that you are trying to personally achieve, as well as the ability to make long-term project clocks that work towards a specific goal.

Like the other FitD games I've experienced, Galaxies in Peril does suffer a little from the setting being built into the game. While the setting isn't as intrusive as Band of Blades or the original FitD game Blades in the Dark, Galaxies in Peril still does make some choices when putting their sheets together where they list very specific characters to be close friends and rivals, as well as contacts for your team. For example, if you're playing a Leader, you're always going to have 2 of either an inspirational leader, a mysterious eccentric, a long-lost sibling, a ghost from the past, a unit commander or a true believer in your game. Of course you can modify for any given game, but those being printed directly on the sheet feels more limiting than the game/system could be. The game also wants superpowers to be new to the world originating from Black 93, the inverted pyramid above the city your team is based out of, having that setting be present throughout the book and especially the last chapter of 75 pages. 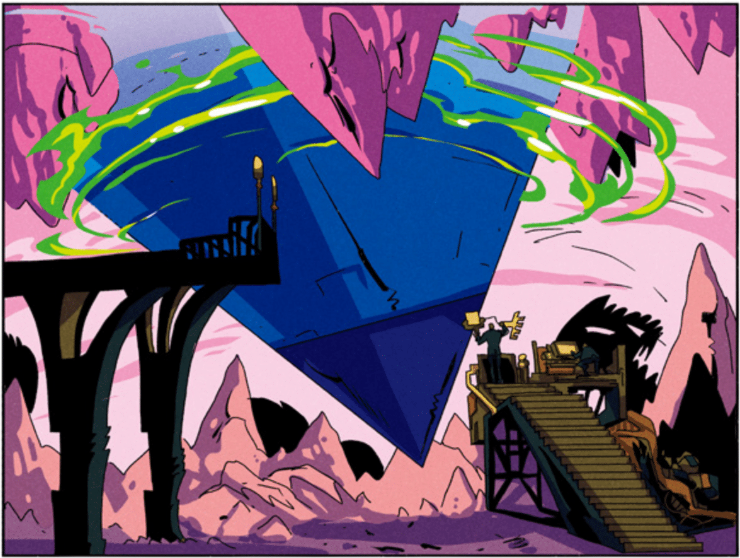 What I love about Galaxies in Peril is similar to what I love about PbtA games. I love that Galaxies in Peril is a story based game that happens to have mechanics for how it works more than a mechanic heavy game that you can tell stories with. For most actions in the game, you'll 1) be told to take an action roll, 2) choose what action you want to use (which dictates how many dice you roll), 3) be told how tricky the action is and how successful you're expected to be, 4) choose if you want to add additional dice, then 5) roll and work with the GM to describe the outcome.

I also appreciate that you have a good amount of leeway when building your character. There are enough archetypes that you should be able to find one that works where your powers and abilities, as well as what actions you are good at, are completely up to you. While the friends/family/associates are technically assigned, there is enough flexibility and the game is open-ended enough that even if in different games you make two Leaders who have positive relationships with Sharon the inspirational leader and negative relationships with Walker the unit commander, you can define Sharon and Walker differently in each of your games since all that is on the sheet is the basic concept.
If you're looking for a reasonably open-ended superhero RPG that is much more story-focused than mechanic-focused, Galaxies in Peril is a great choice!
Galaxies in Peril is available now from our webstore. 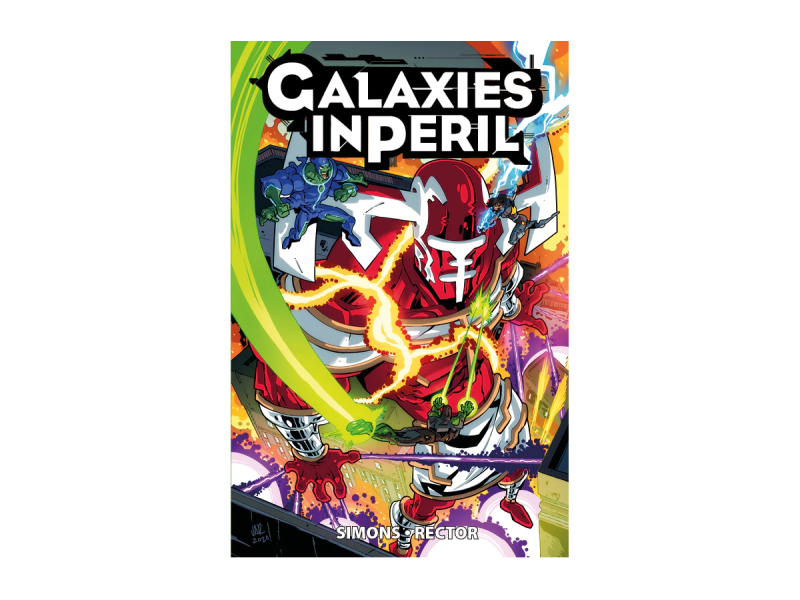