The war was lost a couple of generations prior, you stand as the final heroes of a conquered land, can you and your companions succeed beyond all odds and throw off the yoke of The Shadow?

Midnight: Legacy of Darkness is a 3rd Party Campaign setting for 5th Editions Dungeons & Dragons published by EDGE Studio, spun off from FFG's RPG division by Asmodee a couple years ago, a move that is now beginning to bear fruit. Originally produced as a 3rd party supplement for 3rd edition D&D, Midnight is back for a new generation of tabletop roleplayers. Old fans will be pleased to see that all of the most important aspects of the setting return, but there were a few items that did not find their way into the new tome.
Midnight is the story of the continent of Eredane on the planet Aryth, thousands of years ago a war in heaven was fought by the gods of Aryth, and the evil god Izrador was broken and cast down to the mortal realm of Aryth. With the last of his wicked malice and strength was able to do The Sundering, cutting the heavens off from Aryth. (In Midnight there are no other planes that can be traveled to and magic that requires the beyond does not function, as such Clerics and Warlocks are not available in Midnight.) In the year 897 of the Third Age the forces of Izrador defeated the coalition and conquered the Human kingdom of Ereland. Now, in year 99 of the Last Age, Dwarves hold out in the Kaladrun Mountains in the east, while the Elves fight a losing war in the Great Forest of Erethor.

In Midnight there are six playable races: Humans, Dwarves, Elves, Gnomes, Halfling, and Orcs. The mixed Dwarf-Orc, Dwarf-Gnome, and Elf-Halfling did not return (and half anything and human was not ever part of the setting). The other significant non-returning feature is the Midnight specific classes of a non-spellcasting Ranger, a completely reworked monk, and the combined spellcasting class of Channeler. Though while the access to spellcasting classes is only limited by the absence of Warlocks and Clerics, the setting is still a low-magic setting, with spellcasting being a crime in the lands held by The Shadow and the consequences dire not just for the player characters, but anyone found to be aiding and abetting them. Ki is unknown and unstudied in Eredane, and as such Monks are not available either.
One of the most interesting gameplay features and an element that DMs do occasionally port out from Midnight are the Heroic Paths. There are twelve different options to take at character creation and additional feats along the path will unlock at 4th, 8th, 12th, and 16th level. These feats are richly thematic and powerful abilities that add an extra layer of specialization and personalization for your character.

Midnight is an excellent setting for serious and heroic dark fantasy. While the tone requirements of the setting won't fit for all tables, it will be incredibly rewarding for those that do.
Midnight: Legacy of Darkness is available now from our webstore. 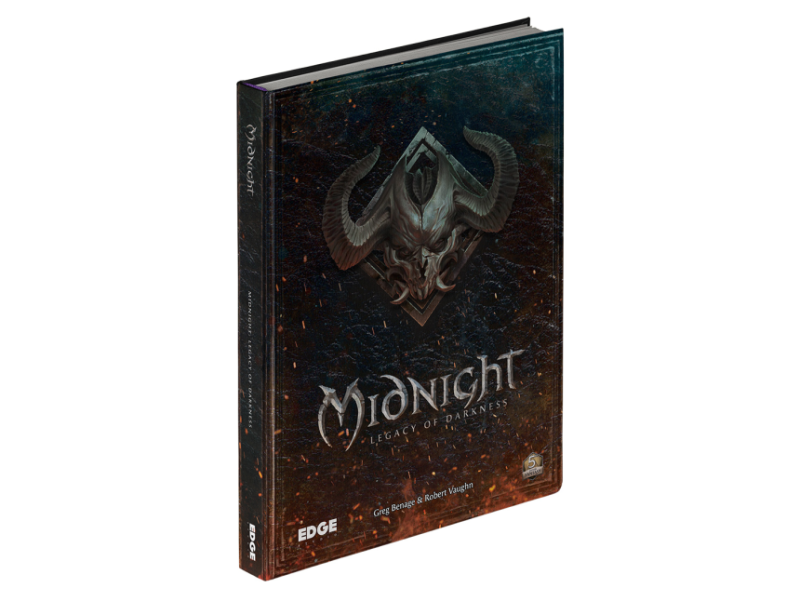