Nightcrawlers is a splatterpunk RPG from Exalted Press. It uses a system based off of The Black Hack which itself takes from original D&D. In Nightcrawlers, you play a group of monsters who are trying to make it in today's society.

Creating a character is pretty simple. First you roll up your stats, which are generated with 3d6, in order through Muscle (MUS), Nerve (NER), Flesh (FLE), Brains (BRA), Guts (GUT) and Blood (BLO). If at any time, you roll a 15 or higher, your next stat has to be rolled as 2d6+2 instead of 3d6. You're also able to swap 2 stats once you're done. Then you choose from the 10 different Brood: Created, Demon, Faerie, Ghost, Gillman, Mortal, Revenant, Vampire, Warlock and Werewolf. Next, you create a background that's a simple one to three word description of your life. Then you create contacts that are your connections to the world. Finally, you create goals for your character that are your motivations, two of which are external and one of which is internal. While the stats can be matched to traditional D&D d20 system stats (MUS=STR etc), them being lower on average (3d6 instead of 3 best of 4d6) is also fine because the system plays out differently.

In Nightcrawlers, when you take actions that could fail, you test one of your stats by rolling a d20 and seeing if you roll under your stat's number. If so, you succeed. If not, you fail. Combat takes place over rounds where initiative is determined by a NER roll. Success puts your action for the round ahead of the opponents', while failure puts your action after. When both attacking with and defending against melee attacks,  you use a MUS roll and when attacking with and defending against ranged attacks, you use a NER roll. Like with Powered by the Apocalypse games, the City Planner (CP) mostly doesn't roll, leaving the rolls to the players.

Nightcrawlers is a game that is unapologetically not for children. As a splatterpunk game, it is gory horror with descriptions that are more graphic than most games have. It also has a disclaimer in its introduction that it is about counterculture and marginalization that is proud of how hamfisted the "monsters hated by society" analogy it makes is. It is about fighting oppression and is "queer and POC friendly, anti-fascist, and unapologetic in its anger," and swears at you if you are opposed to its message. 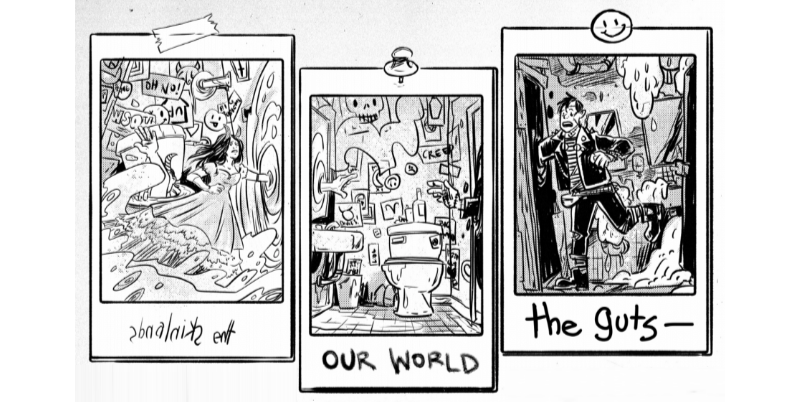 As a 48 page zine, the game itself is pretty simple, with 11 pages towards the end just being tables to roll on. I am a fan of these smaller RPGs where more emphasis is placed on flavor than mechanics. Instead of the game describing all the details of every single last aspect, the game gives a simple outline and allows your group to make its own world. For example, the D&D 5E Player's Handbook has 15+ pages dedicated to equipment, 12 pages dedicated to spells and almost 100 pages dedicated to class and species. Nightcrawlers has 2 total pages about equipment with one page only having tables, 4 pages about powers with a 50-item table of different edges that make a character unique and 10 total pages about the Broods, one page per Brood. While D&D might offer you a lot of information about your character with tons of info, Nightcrawlers gives you the basics and lets you role play and make up any of the rest as it happens.

If you're looking for an anti-establishment, horror-themed game that's light on rules, Nightcrawlers is a fun RPG that'll give you a chart to make your new band named Pure Beasts that plays Industrial House music.
Nightcrawlers is available now on our webstore. 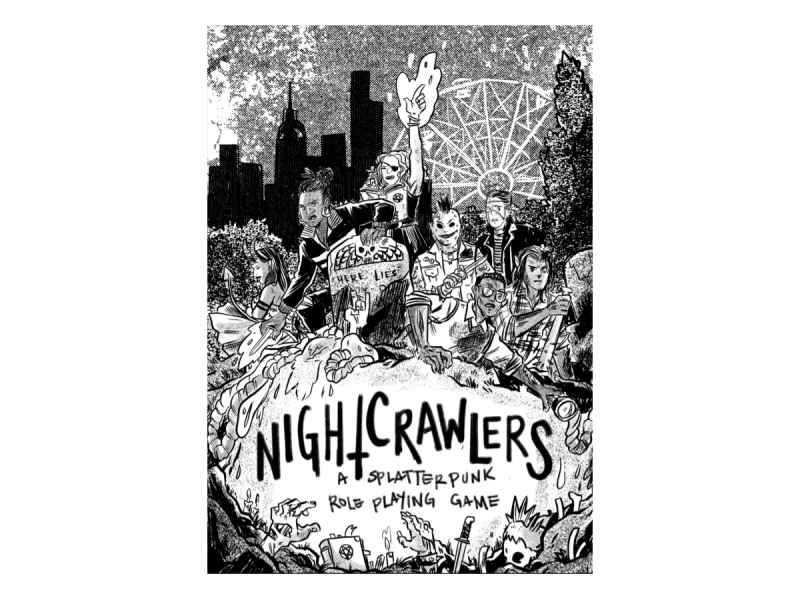