First, I want to talk about Starfinder's origins. Back in 2008, D&D moved from the very popular, but complex 3.5 Edition to the lighter, inspired by World of Warcraft 4th Edition. At the same time, Paizo, who had made adventures for 3.5, made its own RPG, Pathfinder. Pathfinder was a modified version of 3.5 D&D utilizing some open licensing from Wizards of the Coast. A lot of people who were fans of 3.5 moved to Pathfinder since it was essentially a continuation of 3.5, just without the D&D-branded parts such as Beholders or the city of Waterdeep. While Pathfinder took a large portion of D&D players as its own, D&D took back a good number of those same people with its 5th Edition in 2014. As a result, when Paizo decided to make a sci-fi RPG based on Pathfinder, they ultimately took a lot from Pathfinder, but simplified some things to be a tad smoother, so as to be more in line with D&D 5E, while still keeping a lot of the complexity of Pathfinder.

Starfinder's main mechanic, like D&D, is rolling a d20 and adding modifiers to see if you get a result greater than or equal to the Difficulty Class (DC). If so, you succeed; If not, you fail. Combat also is similar to D&D with an initiative based system that puts everybody in a specific action order with combat progressing through the order of characters and repeating until combat ends. Some differences involved in combat are the defensive aspects for characters. While D&D has a single Armor Class (AC) that you roll against when attacking that character, Starfinder has two different ACs, Kinetic (KAC) and Energy (EAC). EAC is what you roll against with energy attacks, like plasma pistols, while KAC is what you roll against for physical attacks (like a warhammer). Starfinder also has Stamina Points in addition to Hit Points, which you deplete before your Hit Points and are more easily replenished than your Hit Points. So if you take 10 damage and have 8 Stamina Points and 8 Hit Points, you'll lose all your Stamina Points and only 2 Hit Points. After a short rest (10 minutes), you can spend a Resolve Point to replenish all your Stamina Points, letting you get back into the action quicker. 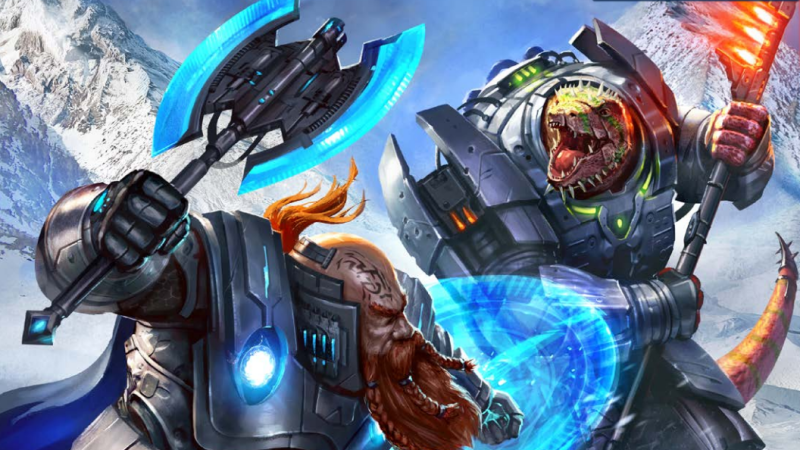 Character creation works pretty similarly to D&D as well, but with a much better organized character creation set-up than D&D 5E. In Starfinder, you first come up with a concept for your character, then choose your race, theme and class. With those chosen, you create your ability scores, add the various benefits from your class, then assign skill ranks and choose feats. Finally, you buy equipment and fill the remaining details, like alignment, languages and ACs. With 7 Starfinder races and 6 legacy Pathfinder races, 10 themes and 7 classes (with notes on adapting Pathfinder classes), there are a lot of different ways to create a character. Each of the races, themes and classes gets at least a page each to describe different benefits with classes being many pages of material. Unlike D&D however, the book has a guide on the right-hand side of each page so you can always tell where in the book you are, making flipping between pages much easier.

The transition from last month's RPG, Nightcrawlers, to this month's is the biggest change between months, since Nightcrawlers was the simplest I reviewed and Starfinder is the most complex. For example, Nightcrawlers as a whole is 48 pages, while Starfinder, which has a larger page size with generally more per page, has 70 pages dedicated just to the setting and 42 pages dedicated just to combat. Nightcrawlers had an attitude of less is more, with the purpose of their game being to give you a jumping off point, while Starfinder gives you the whole package. In Nightcrawlers, combat is described very simply. A turn is moving and taking an action, with the book giving attacking, looking for clues, talking with an NPC  or using an Edge as its examples. In Starfinder, you can take a standard action and a move action, as well as a swift action, or you can take a full action that takes up your entire turn. But Starfinder also gives you rules for each standard action and move action you can take, such as attacking, cast a spell, feinting, fighting defensively, laying down covering fire or combat maneuvers, like grappling, disarming or tripping. And each of those were just some of the standard actions listed in the book, each with at least a paragraph of description.

While it's not my first choice for a sci-fi RPG (I personally like Star Wars and Star Trek and their respective RPGs enough that my personal choice is set in those universes), Starfinder does a really good job at creating a "D&D, but in space". I also like Spelljammer, D&D's space setting, but Spelljammer doesn't so much as establish a whole new setting as much as just allow you to play your D&D characters in space. Spelljamming ships, for example, are just like ships in D&D for sailing the seas, but set in space, while Starfinder has starships that are much more sci-fi. If you want a generic sci-fi game, but with the mechanics of D&D, Starfinder is the game for you.
Starfinder books, including its core rulebook, are available now from our webstore. 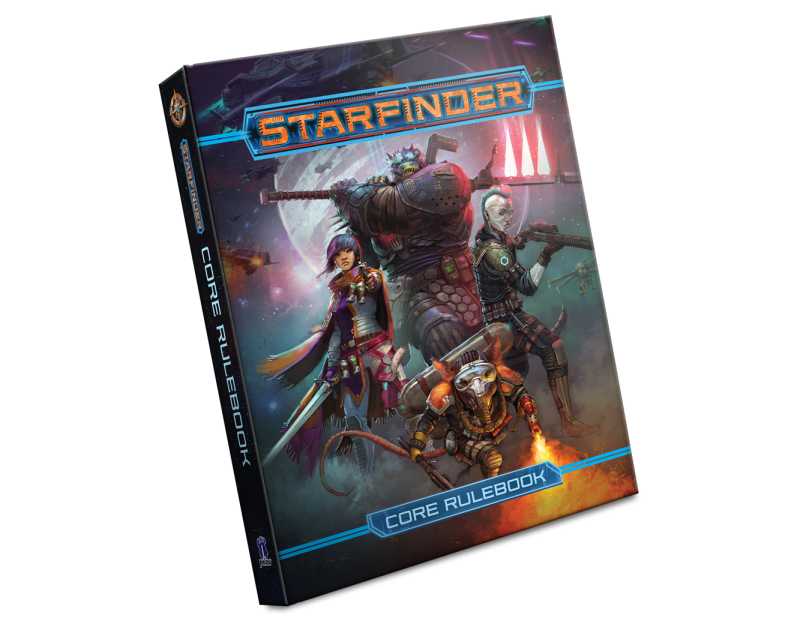