Strixhaven: A Curriculum of Chaos

Strixhaven: A Curriculum of Chaos is an Adventure Book for Dungeons & Dragons 5th Edition set at the Strixhaven college from the Magic: the Gathering Strixhaven: School of Mages set. It shows off the college setting with an adventure that takes you through 4 years of school and from levels 1-10, while also introducing Owlin characters and new spells, items and creatures to D&D.

Dungeons & Dragons is the role playing game you are most likely to know of if you've heard of tabletop RPGs. It is the granddaddy of all RPGs and the one that's been in popular culture the most. While the game has been around since 1974, the current 5th Edition of the game has been around since 2014 with new supplemental books coming out all the time and a backwards compatible "evolution" of the game planned for release for the 50th anniversary of the game in 2024. The basics of gameplay are pretty simple. A Dungeon Master (DM) will describe what is happening and you decide what you want to do with your character. A lot of actions will require you to check if you succeed. To do so, you roll a 20-sided die (d20) and add a stat bonus and, if relevant, an applicable ability bonus. The DM will have a target number for the action and if your die roll plus your bonuses is greater than or equal to the target number, you succeed. If not, you fail. The DM will then describe what the outcome of the die roll was and you'll continue in this way throughout. Beyond simple checks, there are skills, spells and attacks that have specific outcomes if you succeed (or fail). When you enter combat, you will roll for initiative, which involves rolling a d20 plus your DEX bonus and any initiative bonuses. You will then have an initiative order that you follow throughout combat, where you go through each character and non-player character (NPC) in the order that each rolled initiative from high to low number, going back to highest at the end. Combat involves rolling against the enemy's armor class (AC) with success meaning that you deal damage to the enemy based on the weapon, spell or ability.
To play Strixhaven: A Curriculum of Chaos, you'll need the book itself, a DM to run the adventure who has access to the core books (Player's Handbook, Monster Manual and Dungeon Master's Guide) as a lot of general information is included in those) and then a number of players who each have access to the Player's Handbook who will be playing as students going through 4 years of magical college. The Strixhaven book will have a lot of encounters and scenarios that direct the players to start uncovering what sinister plot is afoot at the school. Starting with the orientation day, there are scenarios that the DM will take the players through. Instead of experience points (XP) being given out for enemies defeated, you'll level up when you finish encounters so that everybody will be at the same level throughout. Some neat things that Strixhaven adds in are student NPCs that you have relationships with. Characters can have jobs and extracurricular activities that will have them interacting with different NPCs. The more you become friends (or rivals) with NPCs, the more access you have to special abilities. And while there is combat against enemies throughout, there are also exams that you have to pass each in-game year with studying being important to passing the exams. 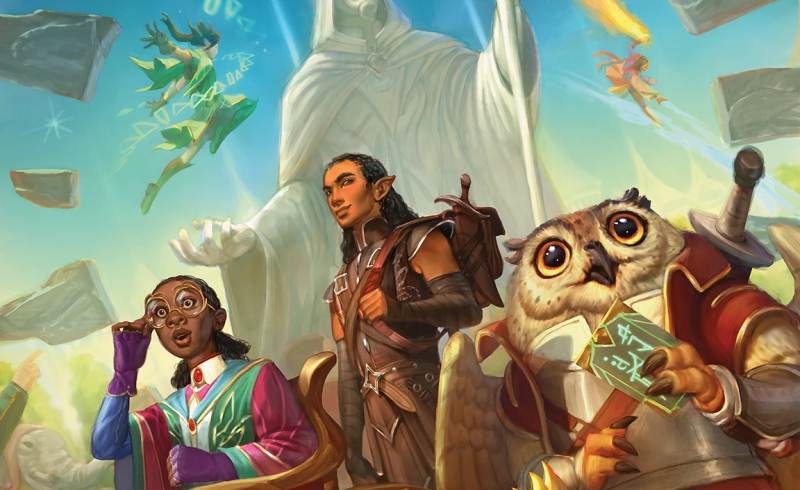 The setting of Strixhaven as shown in the Magic set is readily available in the book, having the Snarls where the fabric of magic is knotted and will amplify spells, as well as the Archaics and Oracle that play an important role on the plane of Arcavios where the set takes place. But the book makes it clear that the adventure does not have to take place on Arcavios. While the book will play out like you are on Arcavios, you can put Strixhaven anywhere and that will be fine. Strixhaven itself is a college of five different schools, each of which has two deans focusing on the opposing ideas of the school, like Silverquill's focuses on Radiance and Shadow with Dean of Radiance Shaile Talonrook teaching how to use writing to make the world a brighter place and Dean of Shadow Embrose Lu teaching how to use language to expose truths or obfuscate secrets. While it is a school for mages, you do not have to be a spellcaster to go to the school. The book gives examples of classes that would be good for each school, like Quandrix being a good fit for Wizards from the Schools of Abjuration, Illusion and Transmutation, Sorcerers and Druids. Clerics from Knowledge or Nature domains also work. But Fighters, Monks, Rangers and Rogues can all go to Quandrix with Quandrix's principles being used to train their minds. As also mentioned above, it also allows you to play as Owlin characters who have darkvision and can fly. Once you've selected a school in your second in-game year, you also gain access to various things the school focuses on, such as the mascots for each school (Spirit statues, Elementals, Fractals, Inklings and Pests) or spells that each school has access to. 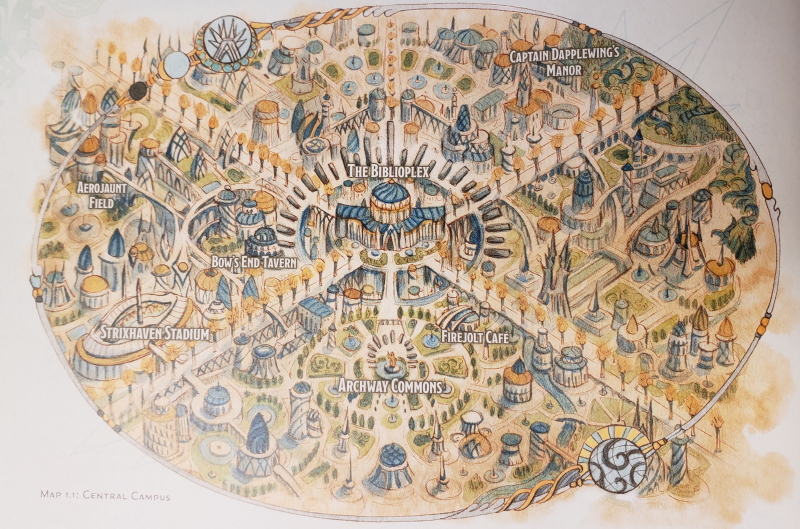 As a big fan of the Strixhaven set and setting, I am a big fan of the book as it expounds upon the setting from the cards and shows off each of the schools and how they function. Each of the schools get write-ups as well as the Elder Dragons and mascots for each school. As a fan of RPGs, I really like that it adds some interesting things to D&D, with relationships with NPCs being reminiscent of Bonds from Powered by the Apocalypse games and the school setting being a welcome change from the traditional larger adventures that D&D books will often employ. You can even use the book to have your own college setting as it has enough ambiguity to apply aspects of Strixhaven into any college you want. I recommend Strixhaven if you're looking to play an RPG in a magical school, especially if you like the Strixhaven Magic set.
Strixhaven: A Curriculum of Chaos is available now from our webstore in both its regular and variant covers. 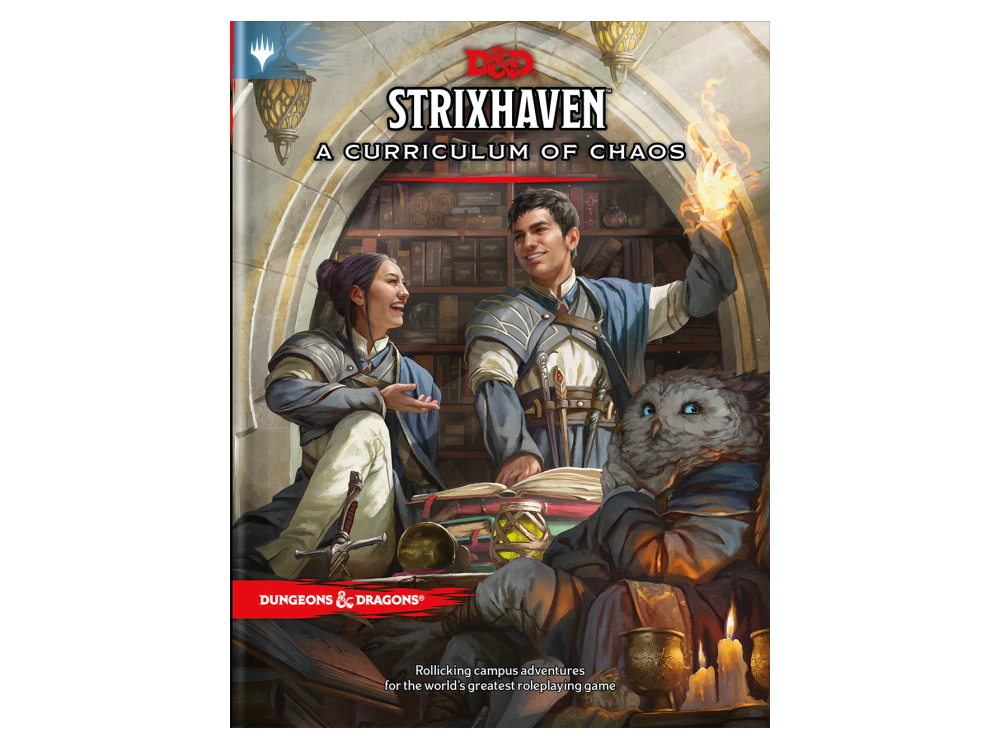