Like last year, my review for the end of the year isn't about a specific game, but about a whole genre of game and what they can do. This year, it's solo games, which I've played and looked for a lot more since, well, you can probably guess. That being said, as someone who is somewhat asocial, I've appreciated solo games since before March 2020, having picked up all the Oniverse games before that particular point in time as well as having played lots of games like Legendary, Villagers, Town Builder: Coevorden or Sagrada for their solo modes. Having played a lot of solo games over the years, I feel like I can provide some insight when looking for a solo game.
First off, let's break solo games down into some basic categories. I feel like the best way to describe the various solo games is by categorizing them by gameplay structure into the 3 traditional Narrative Conflicts; Man v Man, Man v Nature and Man v Self. What does this mean?
Man v Man
Some solo games have you play against an AI opponent. If the game is a multiplayer competitive game, you'll often find a Man v Man solo mode. Black Angel, for example, has you play against an AI that has its own moveset dictated by its own deck of AI cards. Once you take your action, the AI will take theirs based on the card they drew, the action you took and the dice available. As another example, Tiny Epic Galaxies has you play against an AI that doesn't have much mechanically, just a description of what happens when you roll any given icon. In a Man v Man solo game, your AI opponent will play very similar to a human opponent often with slightly more powerful actions that are balanced by being randomized.

Man v Nature
Some solo games have you play against the board game itself. If the game is a multiplayer cooperative game or a straight solo game, you'll often find a Man v Nature mode. Marvel Champions, for example, has you play as a hero with a deck of cards fighting against a villain enacting an evil plan with a scenario deck full of enemies and upgrades. Unlike the Man v Man games, the villain doesn't play out the game like a player. It has its own mechanics and own cards that act differently from your deck. As another example, Under Falling Skies has you setting up your dice to fight against invading aliens. After you've rolled and placed your dice, which activates enemy ships in the same column, the enemy Mothership descends towards you, an inevitable end of game you are trying to avoid. In a Man v Nature solo game, you are fighting against the game, you with your mechanics and the game with its mechanics.

Man v Self
Some solo games have you trying to get a high score. If the game is a roll and write style game, you'll often find a Man v Self mode. The Clever games, for example, have you roll your dice on your turn, then roll dice for your "opponent" so that you can use the silver platter dice for your sheet. The rulebook has a chart that you compare against to tell how well you did. As another example, Welcome To... has you building a suburban neighborhood by flipping cards over and using a number and effect from the flipped cards to earn points by populating the neighborhood. Like in the multiplayer version of the game, you have goals to try and achieve, but you lose out on scoring them partway through the game. At the end, you add up your points to see how well you did, although you don't have anything listed to compare to, but you can compare to other solo runs, multiplayer game final scores or check out other people's solo scores from online. In a Man v Self solo game, you are utilizing the mechanics of the game to try and get the highest score you can.

Okay, so those are the categories, but what do they mean? Well, Man v Self games are often the least interesting solo games, as the only way you can really judge how well you've done is by playing multiple times and comparing your score to your past scores. Yes, some games include a chart to compare to, but ultimately, you're just seeing if you can do better than the last time you played. Man v Man games are probably best for practicing the game to later play with human opponents. Most of the time, the AI is not all that interesting to play against, with both the randomness of the actions being less interesting than an invested human opponent and most developers putting the AI mode in as an afterthought, not intending the game to be solo from the outset. Man v Nature games, of which you'll note include strictly solo games, are the games that are often the most interesting games to play repeatedly. They are designed to be played with the board game fighting you, so while Man v Man and Man v Self games are generally designed to be played against human opponents making their own decisions, Man v Nature games have designs that already take into account the board game itself making its own decisions.
Does this mean that you should never look for a Man v Man or Man v Self solo game? I don't think so. Even with Man v Nature and especially strictly solo games being the games that have the generically best solo experiences, that doesn't mean they should be the end-all be-all when it comes to a solo game. Man v Man games still can offer an interesting solo experience, especially if you want a game that can be played both solo and multuiplayer. Black Angel, for example was a solo game that I loved playing this year, as the game itself was interesting and the solo variant for it allowed me to play the game even when there wasn't anybody else to play against. Man v Self games, while often the least interesting solo experiences, like Man v Man games, allow you to play fun multiplayer games even if you don't have anybody else to play against. While I would rather play Space Park against other players, as the choices that a player makes are much more interesting, Space Park was still a quick, fun solo experience that allowed me to play the game and learn its basic functionality without needing a second player. 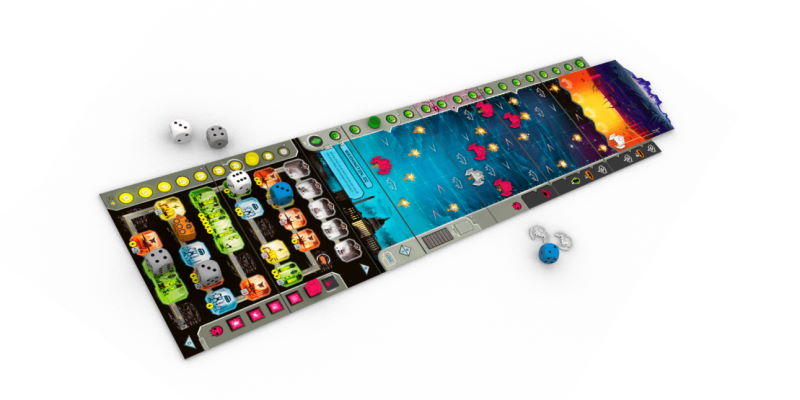 That being said, there are a lot of games where the solo mode is so tacked on at the end that it doesn't even feel worthwhile if you're actively looking for a solo game. With Tiny Epic Galaxies for example, the choices made by a player are incredibly important to gameplay and with the solo mode basically just rolling dice in order and doing the action associated with that die as it comes up, it feels really erratic and while you get to play your own empire fairly well, it feels so different from playing against a person as to be mostly not worthwhile. It is still a good game for groups and is still worth it for solo gameplay if you want to practice in between games with your friends as you'll still get some of the experience of the multiplayer game in the solo, but it's probably not worth getting if you only want a solo experience.
So what is the TL:DR? If you're looking for a solo game so that you have a game you can play multiple times and enjoy the experience each time, look for a strictly solo game or a cooperative game that will offer you the full game experience each time you play. If you want a game for a group that you can also play solo, there are some solid games with AI opponents that can let you have an experience like a multiplayer game without always needing another player. And if you just want a simple experience, a game where the solo mode just has you play by yourself and compare your score to previous scores will often be a more casual experience. 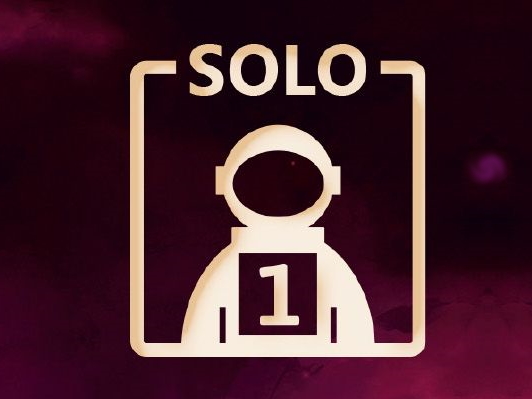