Role Playing Games are a genre of game where people portray characters, making decisions and taking actions as if they were those characters. If any of those decisions or actions lead to an unknown outcome, then there will be some kind of randomization to determine success, often with rolling dice and checking stats. As a genre, it is very broad with lots of different games and systems and it can be overwhelming when trying to figure out, but hopefully this will help to figure out an RPG for you.

First off, one thing to understand is that not every RPG is for every person and maybe there isn't even any RPG that you want to play. That's fine. Everybody has different tastes and RPGs aren't necessarily for everybody. That being said, if you do want to try one out, there are a lot of choices.  While some are very popular, they might not be right for your group; the best RPG for you is the one that your group enjoys playing.
Two important things to look for in an RPG are mechanics and flavor. Mechanics describe what the actual rules of the RPG are, from the 2d6 Powered by the Apocalypse system in Dungeon World to the percentile Basic Role-Playing in Call of Cthulhu to the Jenga tower system in Star Crossed. Flavor describes the rest, from the world the RPG takes places in to the character archetypes you are playing as to the tone described by the RPG. Both of these can be fudged slightly as necessary to make the game you want to play, such as changing flavor by playing a game of D&D not in the Forgotten Realms or using the Marvel Multiverse system to play DC characters or changing mechanics in a way that the DM of Murder in the Semolo Plateau described as "a mildly modified version of the Fifth Edition D&D rules and by mildly modified, I mean whenever I make a mistake, that's a house rule."

Mechanics are arguably the most important aspect when picking an RPG, as you can modify the flavor more easily than the mechanics. The main thing I've focused my reviews this year on mechanics-wise is how you determine an unsure outcome. For example, D&D has you roll a d20 and add stats to see if you get equal to or higher than the target number while Genesys has you roll a bunch of different dice, hoping to get more success symbols than failure symbols.  This is what I focused on over other parts of the system mostly because it's what you'll encounter most when playing the game. Beyond determining unsure outcomes, systems will have all sorts of rules for different aspects of the game. Galaxies in Peril, for example, has a whole section about your downtime in between superhero missions and Death in Space describes how your starship gets around, especially since there aren't common FTL capabilities. Generally, the larger the book, the more mechanics the creators have worked into the game. Depending on your group, you might want more mechanics so that most options in the game have specific mechanics that describe how they work or you might want less mechanics so that you get to storytell and come up with how something might work as a group.

Flavor is arguably less important to an RPG than mechanics, but can be the most important to your choice if there is a specific setting you want to play. For example, if you want to play a game set in the world of Star Trek, Star Trek Adventures is going to give you a game designed around playing a Starfleet crew. As mentioned, you can modify flavor to fit with mechanics, but the more removed a game is from the setting you want to use, the more effort you'll have to put into modification. When looking into a game for flavor, it is even more of a personal preference than mechanics. I'd recommend a setting that people in your group will understand and know. If it's a licensed setting like Star Wars or Marvel or the Dresden Files, then everybody in the group should have at least a passing knowledge of the setting so they know the basics of the world. If it's a non-brand setting, then I'd recommend that everybody enjoy the basic conceit of the setting, such as liking superheroes if you are playing Masks, or liking wrestling if you're playing World Wide Wrestling RPG. That being said, I have played World Wide Wrestling with a group where only the GM knew wrestling and we all enjoyed it because we were very open to the idea.
All this being said, what matters more than anything else when it comes to selecting an RPG is what your group wants to play. I often play with a group that is very open to both mechanics and flavor. We're very open to try anything. I've also played with people who were less inclined to play certain games because of either the mechanic or flavor. With the former, as mentioned earlier, I was able to play and enjoy playing World Wide Wrestling where only the GM and one other person in the group really had any clue about professional wrestling. It was really fun and I loved being able to experience something new. With the latter group, someone kept deliberately sabotaging the group because they didn't want to be there. Okay, fine. It was me. I didn't want to play D&D 3.5, but got dragged by my friends into a game and I made it as miserable an experience as I could because I wasn't interested in it. Since then, I've become fond of RPGs and am much more open to playing RPGs, but I initially was very opposed to them, mainly because of that experience, and that lasted for over 10 years before I finally was able to appreciate RPGs.

One more thing to look for in an RPG is the complexity of the game. While I am able to do a summary of an RPG by its main mechanic, the game itself can be simpler or more complex with the rest of its mechanics. The last two games I reviewed this year, Nightcrawlers and Starfinder, are the simplest and most complex games I reviewed.
Let's look at Nightcrawlers. As a 50 page zine, there's not a lot beyond the main mechanic to keep track of. Each character has some basic info to track with the description of character creation taking up two pages, the ten broods in the game taking up one page each, equipment, basic gameplay mechanics, combat, hazards and powers taking up two pages each, a two page table of the different edges you can have and finally two pages about enemies. Beyond that, there's two pages of advice for running the game and a lot of tables for rolling random things like bands, character ideas or gangs. That is the entirety of the book. It may look like a lot in that I described 9 different things about the game, but let's compare to Starfinder. 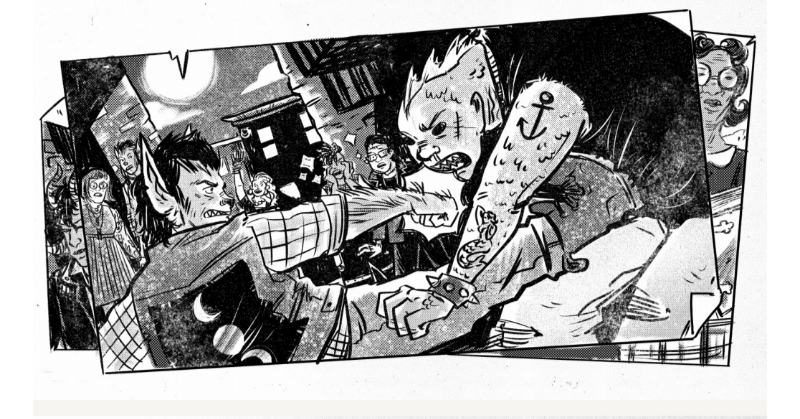 Starfinder is a game where the core book is 500+ pages. Just in comparison to Nightcrawlers, the description of character creation takes up 4 pages with an extra 20 pages describing parts of your character. The 7 species in the game get 2 pages each with the 7 classes getting between 8 and 14 pages each. Equipment takes up 69 pages on its own. The basic gameplay (aka Skills) takes up 17 pages. Combat is 50 pages. Hazards are in the GM section and take up a few pages. The equivalent of the powers with the edge table (aka Feats, Magic and Spells) take up 66 pages. Enemies are covered generally in the combat section, with nothing specific about any given enemies in the core rulebook. There's also 33 pages that are help to the GM. There's also rules for starships and a section for helping convert Pathfinder to Starfinder.

What does this mean for your RPG experience? It means you have to ask how simple or complex do you want the game to be? Do you want a game where you can read the entire book really quickly, but only have vague rules with a lot up to interpretation? Do you want a game where you have all your actions listed with rules and mechanics associated with them, but any given action might require a lot of flipping through a book to determine how it works? Like with balancing mechanics and flavor, there isn't a general correct answer as much as there is an answer for your group. I generally like something in the middle, where I have a good number of defined mechanics and actions, but have enough freedom if I really want to utilize it.

All in all, as unhelpful as it sounds, the best RPG for your group is one your group wants to play. Generally speaking, if your group hasn't played a lot of RPGs, you might want to look for something simpler. If your group has played a bunch of RPGs, you can go in all sorts of directions. If you think your group is open, you might try a whole new system, like going from Dungeon World to Genesys. If you think your group might not want to try something radically different, you could try something like going from D&D to Starfinder. I think that picking a setting that everybody likes is probably the best choice, but if your group is open to it, you can experiment outside your group's comfort zone.
Role Playing Games are available through our webstore. 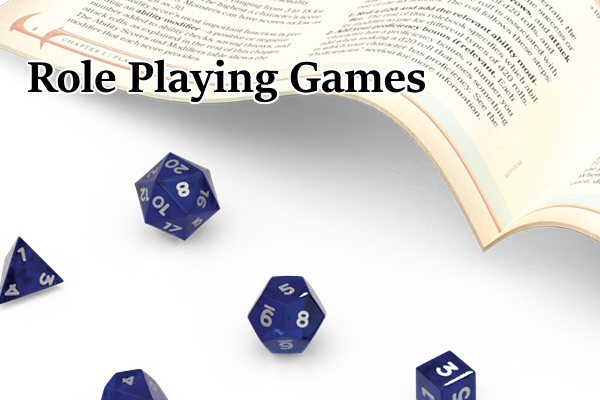